Skip to content
Become a member and get exclusive access to articles, live sessions and more!
Start Your Free Trial
Home > Features > The Art of Electric Sax 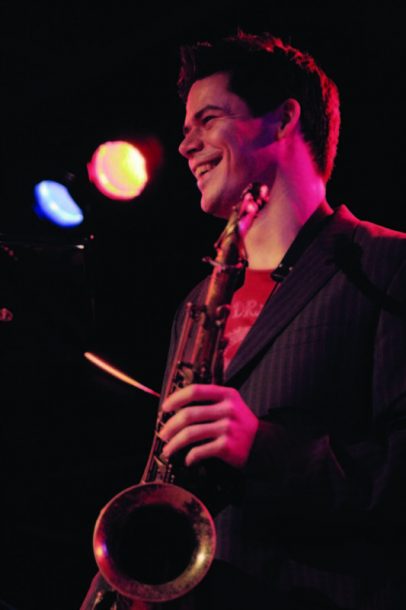 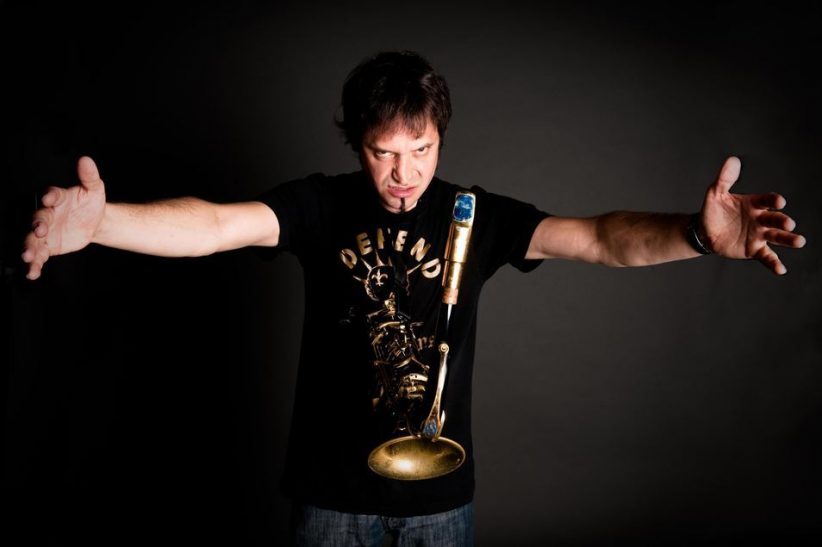 Conventional wisdom says that the addition of electronics to the saxophone was a direct response to the encroaching popularity of rock guitar. It wasn’t long after the British Invasion changed the landscape of popular music, after all, that Selmer introduced the Varitone series of electronic pickup/effects units specially designed for woodwinds.

Eddie Harris became synonymous with the Varitone through a series of late-’60s funk-jazz crossover records, though a few bop holdovers like Sonny Stitt also experimented, with varying degrees of discomfort. Fusion opened the floodgates, driving saxophonists to plug in to adjust to the flood of manipulated sounds emanating from electric guitars and synthesizers. Wayne Shorter brought the Lyricon, an early electronic wind instrument, into Weather Report, while Michael Brecker used Varitone and EWI with the Brecker Brothers.

But Skerik, who uses an array of electronic effects on his sax in bands like Critters Buggin and DRKWAV, thinks the influence may go in both directions. “Early [electric] guitar players like Jimi Hendrix were playing in R&B bands with horn players,” he says. “Saxophones can growl and sound distorted acoustically, so they might have heard that sound and wondered how to get it out of the guitar.”

That theory is important, Skerik continues, because he encourages saxophonists to search for a sound acoustically before turning to electronics to achieve it. “I only use effects as a last resort,” he says. “You can get the most out of distortion if you understand multiphonics, overblowing and creating overtones on the horn.”

And it’s not electronics alone that need to be manipulated to find a desired effect, he adds. Technique has to be adjusted to deal with the altered sound. “When you’re technically able to get the devices in order, it will change your playing as far as how you enunciate things, how you intonate things and how your tonguing changes,” Skerik says. “There’s a whole series of extended techniques that you have to master in order to make certain these effects work.”

No matter how you create a sound, the Seattle-based saxophonist stresses, it’s important to start with the idea and not with the machinery. He compares the process to learning to play altissimo, where the notes aren’t directly associated with keys on the sax. “It takes a long time to get your first high G because that’s not a fingering that’s on the horn; it’s something that you have to invent out of key combinations and embouchure and breathing,” he says. “You’ve got to hear the effect you want to create. What is it on your horn that you’re not getting? It’s got to be a real, valid need, because if you’re just doing it to do it, it’s not going to have any intention or meaning or substance.”

Seamus Blake has used EWI and effects on his saxophone in various settings, from the mid-’90s grunge-jazz band the Bloomdaddies to Eddie Harris tribute shows. He echoes Skerik’s sentiments, insisting that “taste is a key factor.” But, he says, a lot of trial and error may be required to find the sound you hear in your head. “It takes a lot of experimentation. Sometimes the stuff you end up playing when you have crazy effects on might sound horrible acoustically, but the combined sound makes more sense. It takes a lot of patience and bending over the dials to figure out the right setting. But when you find something great, it can add another dimension.”

Many of the effects that saxophonists use most often are simply repurposed guitar pedals: distortion, volume, pitch transposition, wah-wah, delay, reverb. Blake has replaced most of those cumbersome pedals with a laptop loaded with plug-ins that achieve the same ends. “I stopped wanting to carry amps and pedals when I travel,” he admits. “For certain effects, like [the Dunlop ‘Cry Baby’ Wah], it’s hard to get the same organic sound, but things like delay work pretty well and there are a lot of interesting, creative effects you can get on a computer that you can’t find with a pedal.”

Amplification is a key concern. Skerik says that in his early years he made the mistake of trying to play through guitar or keyboard amps. “The saxophone is a full-range instrument, and a guitar amp just isn’t made for that. [Guitar amps are] very mid-rangy; there’s no low end. You need something with a lot of headroom, a lot of power and at least a 12-inch speaker with a horn-a full-range monitor or cabinet. Anything else will color the sound and affect the integrity of the saxophone.”

Feedback is a major risk, Blake says, especially because unlike a plugged-in guitar, the saxophonist has to play directly into a live microphone, whether a clip-on sax mic or a conventional model. “You need to figure out where to stand, how loud you can actually play, the direction of the speakers and what kind of microphone to use,” he explains. “A dynamic mic might feed back less [than a condenser mic], but the sound quality isn’t as good, so it’s a tradeoff. If you’re not using effects all the time, it might be best to have two mics, an acoustic mic and an effects mic.”

When dealing with a venue’s sound system, Skerik advises, it’s important to know your equipment well enough to maintain control of impedance problems and unity gain-in short, making sure your signal is consistent when turning effects and combinations of effects on and off. “The sound person doesn’t have time to ride your signal,” he says. “Your job is to make their job easy, so if whenever you turn the effect on and off the signal is jumping around, the sound person is going to be extremely unhappy-and they’re going to turn you down.”

In spring 1963, when Coleman Hawkins was 58 and making some of the most astonishing music of his career, he gave a short but revealing … END_OF_DOCUMENT_TOKEN_TO_BE_REPLACED

Forgive me if I’ve mentioned this before (perhaps repeatedly), but I’ve been playing guitar now for more than 40 years. So when the time comes … END_OF_DOCUMENT_TOKEN_TO_BE_REPLACED

Organ trios and quartets were ubiquitous by the mid-1960s. In African American neighborhood bars and clubs up and down the East Coast, throughout the Rust … END_OF_DOCUMENT_TOKEN_TO_BE_REPLACED

Terence Blanchard looked around the restaurant table and launched into a gentle sermon about jazz education in Detroit that was part homily, part pep talk, … END_OF_DOCUMENT_TOKEN_TO_BE_REPLACED