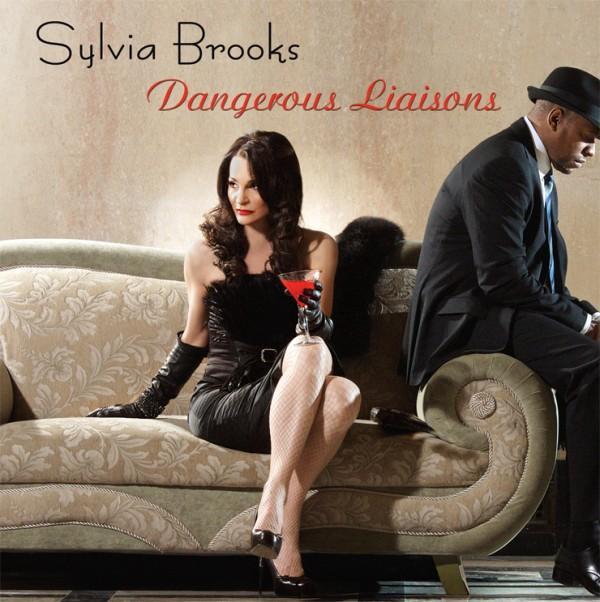 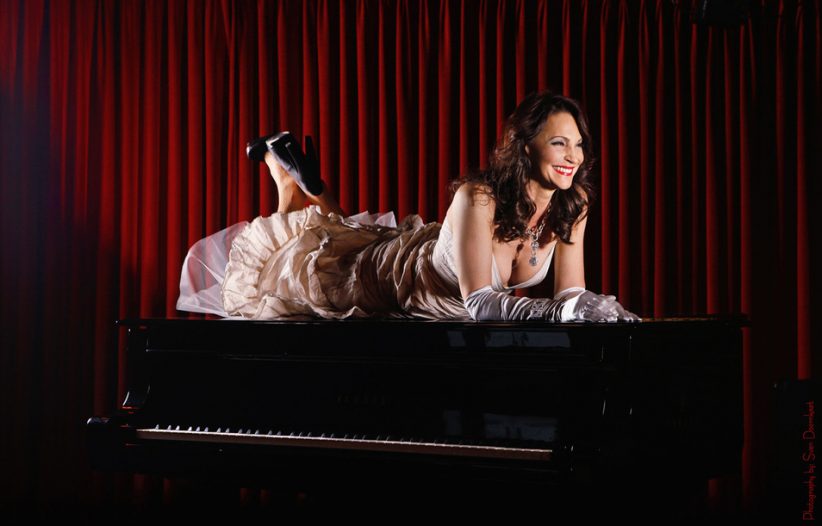 Sylvia Brooks has the look of a classic Hollywood femme fatale, suggesting an auburn-haired variation on Veronica Lake with a hint of Rita Hayworth. And Brooks sings precisely the way she looks – a dark, smoky sound with impressive firepower that seems tailor-made for the sort of plush, palm-treed nightclubs that dotted L.A. in the 1940s and ’50s. Those intimate boîtes – spots like Ciro’s, The Tally-Ho, The Encore and the richly historied Cocoanut Grove – are gone now, but Brooks is rapidly emerging as an SRO favorite at the chic venues that have replaced them, including Catalina’s, the Jazz Bakery and Vitello’s Jazz and Supper Club.

Now, with the release of Brooks’ debut CD, the aptly titled Dangerous Liaisons, the wider world can share Los Angelinos’ discovery of her alluring sultriness. Brooks can swing hot and hard, as illustrated by a blistering “Never Dance” and an equally scorching “Sway.” She can also swing brightly, taking “Come Rain or Come Shine” at mid-tempo to ably capture the depth of the Arlen/Mercer gem’s ardor, and holding her torch high on a sweltering “When the Sun Comes Out.”

But Brooks is perhaps best at examining love’s murkier corners. That she was an accomplished actress before she set her focus on singing is evident in her tackling of four of the most challenging numbers in the entire American songbook – “Sophisticated Lady,” “Lush Life,” “One for My Baby” and “The Man That Got Away” (the latter mistakenly credited to Harold Arlen and George Gershwin, when it was Ira Gershwin who crafted the lyric, 16 years after his brother’s demise). They are the Mount Rushmore of 3 a.m. tunes, and many a capable vocalist has failed at scaling even one of them. That Brooks ably captures the near-maddening disillusionment and bourbon-fueled bitterness that pervade all four is testament to her estimable storytelling skills. But significant credit is also due Brooks’ arrangers. Top of the list is Tom Gavin, whose masterful touch adorns seven of the album’s ten tracks. Kudos, too, to saxophonist/flautist Kim Richmond who teamed with Gavin to shape “The Man That Got Away” and single-handedly put the dizzying swirl in “Sway,” and to pianist Jeff Colella, who painted the film noir backdrop for Brooks’ exquisite, indigo-hued “Harlem Nocturne” and placed “One for My Baby” in an unexpectedly dreamy setting that is stunningly effective.

If you’d like to share your comments about Sylvia Brooks or have suggestions for future installments of Hearing Voices, please direct your email to [email protected]

Organ trios and quartets were ubiquitous by the mid-1960s. In African American neighborhood bars and clubs up and down the East Coast, throughout the Rust … END_OF_DOCUMENT_TOKEN_TO_BE_REPLACED

Terence Blanchard looked around the restaurant table and launched into a gentle sermon about jazz education in Detroit that was part homily, part pep talk, … END_OF_DOCUMENT_TOKEN_TO_BE_REPLACED

Creating a program of solo piano music is the ultimate challenge for any improvising pianist. The music on my latest album, Ways of Disappearing (Sunnyside), … END_OF_DOCUMENT_TOKEN_TO_BE_REPLACED

First the good news: As you can see in our annual Festival Guide, there are plenty of jazz festivals scheduled to happen around the world … END_OF_DOCUMENT_TOKEN_TO_BE_REPLACED