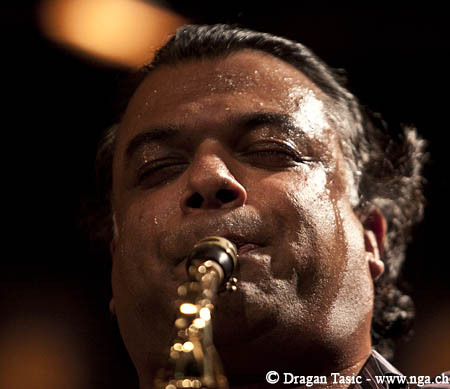 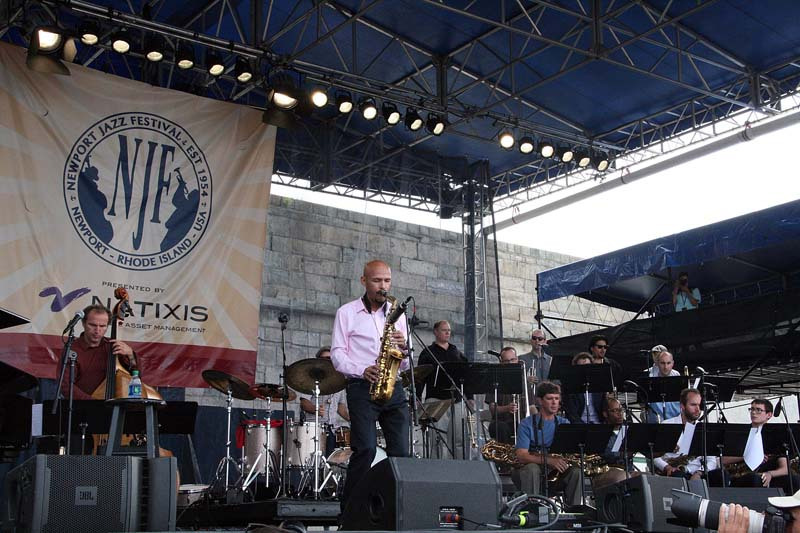 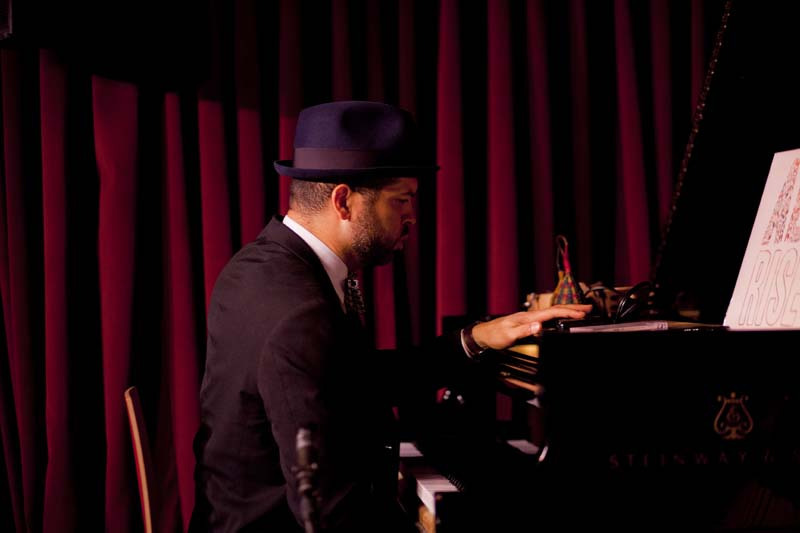 Jason Moran at the Village Vanguard 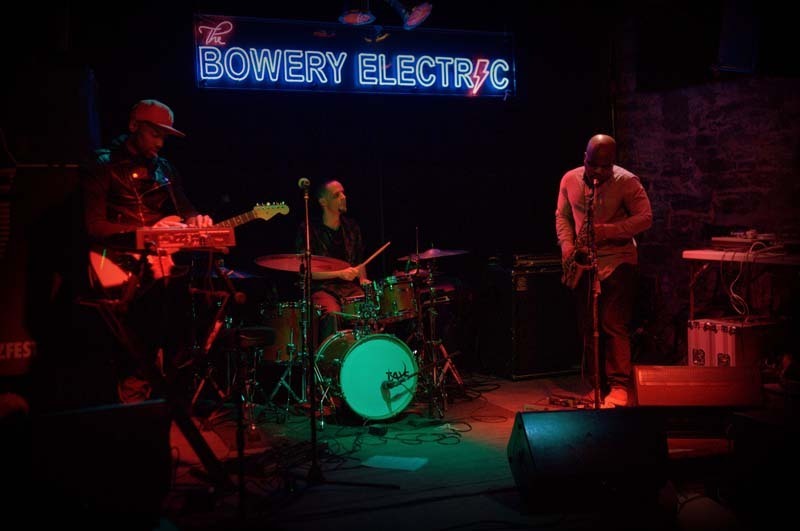 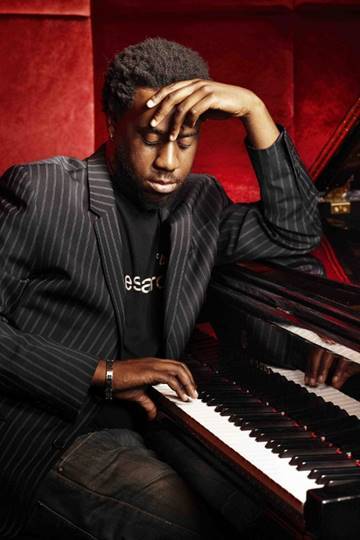 At the Village Vanguard on the Saturday after Thanksgiving, pianist Jason Moran and his trio, the Bandwagon, refashioned Fats Waller’s “Jitterbug Waltz” to include samples of African chanting and drumming, some tuneful gospel inflections and rattles banged against the piano strings. After a breather, Moran punched the MiniDisc player sitting on the grand piano again and out came a vintage radio interview with Waller given by Jack Benny’s longtime sidekick, Eddie “Rochester” Anderson.

Anderson was obviously reading the questions in his signature raspy voice, while Waller answered them in his sly, playful tenor. Back and forth the interview went; finally, Moran’s mix looped one of the Waller’s sentences, “I think swing will be here forever and a day without let-up,” again and again. Moran, drummer Nasheet Waits and bassist Tarus Mateen began to play under the repeating phrase, echoing its spoken rhythm and implied melody before improvising on the same and then, after the sample faded out, seguing into Waller’s “Ain’t Misbehavin’.”

It was a vivid example of how our talking voices contain a hidden music, a music that can be drawn out by an especially attentive jazz musician and elaborated into theme and variation. Not only does this prompt us to hear human speech in a new way, it also produces new themes for jazz composition and improvisation unlike those based on any other source.

Moran has been a pioneer in the use of spoken word in jazz ever since his 2003 album The Bandwagon utilized samples of a Turkish phone call, a Chinese stock market report and Moran family reminiscences as the bases for improvisation. His example has been twisted into new uses by his fellow jazz musicians on such albums as Rudresh Mahanthappa’s Mother Tongue (2004), Robert Glasper’s In My Element (2007), Terence Blanchard’s Choices (2009), Jon Batiste and Stay Human’s Social Music (2013), Jaimeo Brown’s Transcendence (2013) and Miguel Zenón’s Identities Are Changeable (2014).

This unlikeliest of trends has paid surprising dividends. Jazz has long had a voracious appetite for new raw materials to grind up in the process of swing, improvisation and re-harmonization, whether it be Broadway show tunes, Brazilian samba, American funk or Indian classical music. The recorded sound of human beings talking is just one more raw material, and while its musical qualities are more subtle, it does offer the advantage of verbal content. Jazz composers have used these samples as pure sound, as contextual commentary or as both.

“There’s a couple of layers I’m trying to jab at,” Moran acknowledges. “One is the content of what is being said. We can use that to inform the audience of our rationale. The Bandwagon is a historical product, but we’re also examining historical products. To explain that, I can talk about who Fats Waller is, but isn’t it better to listen to him explain it? The other is the sound of what is being said. That becomes fuel for what we play.”

There’s a reason that prerecorded spoken word is popping up in jazz at this point in history. As a generation raised on hip-hop comes of age, the use of non-singing voices and samples now seems as second nature as blues changes. Hip-hop producers are always introducing snippets of movie dialogue, political speeches, phone messages and studio banter into their audio collages. RZA, the producer of the Wu-Tang Clan, is a particularly good example of this. “Growing up in hip-hop culture and DJ culture,” Moran argues, “my generation has to confront the questions, how do we deal with the sample? How do we splice things together? RZA brought the cinema into hip-hop. The Wu-Tang Clan is going for a narrative, so they string these samples together to tell a story of revenge and murder. At some points I’m trying to go for the exact same thing.

“For example, I created a collage of samples as a kind of overture when Bandwagon takes the stage; it includes Richard Pryor, John Gielgud, Jelly Roll Morton, the Fat Boys, Bobby Rush and a whole lot more. It’s like a preview you might see in a movie theater. It lets you know what you’re going to be hearing for the next hour and 20 minutes.”

Terence Blanchard looked around the restaurant table and launched into a gentle sermon about jazz education in Detroit that was part homily, part pep talk, … END_OF_DOCUMENT_TOKEN_TO_BE_REPLACED

Creating a program of solo piano music is the ultimate challenge for any improvising pianist. The music on my latest album, Ways of Disappearing (Sunnyside), … END_OF_DOCUMENT_TOKEN_TO_BE_REPLACED

First the good news: As you can see in our annual Festival Guide, there are plenty of jazz festivals scheduled to happen around the world … END_OF_DOCUMENT_TOKEN_TO_BE_REPLACED

Steve Lacy was once a brilliant bebop player. Yet conventional wisdom says the opposite. Many have long argued that a key to the innovative soprano … END_OF_DOCUMENT_TOKEN_TO_BE_REPLACED