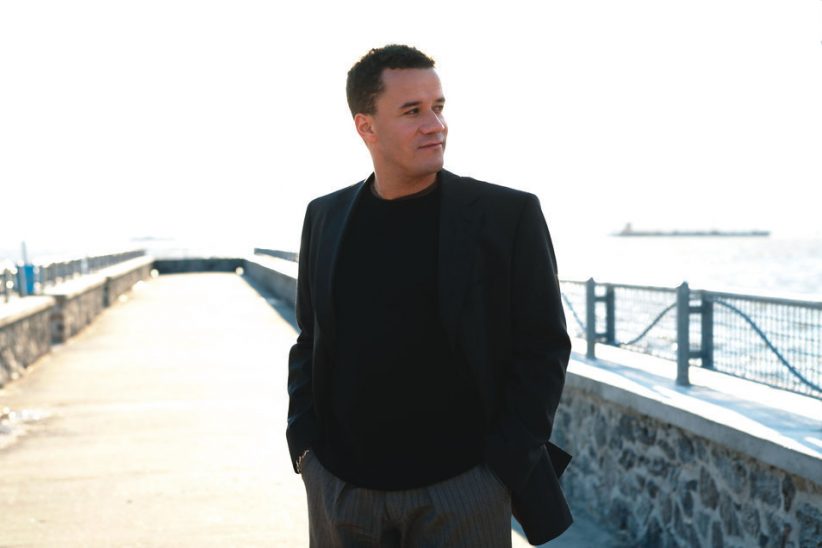 Push is the perfect name for pianist Jacky Terrasson’s Concord debut. He’s a jazz adventurer who pushes his band, and pushes the music, twisting and turning it into new territory in the process. That’s the case with both originals and his treatment of standard material. Standard, that is, until he starts tweaking it. Take the unlikely combination of Michael Jackson’s “Beat It” and the jazz standard “Body and Soul.” Listen close. Rather than build a front-and back medley as many musicians would, Terrasson borrows key melodic snippets from each tune, then mashes them as building blocks for his own odyssey. First a hint of one, a minute into the tune, then a bit later, the other. Then back and forth.

Monk’s “Ruby My Dear” and “‘Round Midnight” get rather straight treatments from Terrason in comparison, though they are a bit wild in their own ways. As an American Songbook reference point, he also tackles “You’d Be So Nice to Come Home To.” This session features his current trio-mates, bassist Ben Williams and drummer Jamire Williams, with guest spots for tenor player Jacques Schwarz-Bart, percussionist Cyro Batista, harmonicat Gregoire Maret and guitarist Matthew Stevens. Terrasson, 1993’s Monk Piano Competition winner, is also strong on his own “Morning,” the ballads “My Church” and “Carry Me Away,” and the bubbling “Say Yeah” and “O Café, O Soleil.”

Starting in the mid-1960s most of America has been treated to substantial doses of jazz, usually around various holidays, even if they didn’t know it. And most likely, most didn’t. Vince Guaraldi wrote and recorded the music for the beloved Peanuts TV specials. This compilation features music based on the personalities of the show’s range of cartoon characters. There is some wonderful stretching out here, including an alternate take of “Frieda (With the Naturally Curly Hair) – a tune that was written for a 1963 documentary that was never televised but appeared on a 1964 Fantasy soundtrack. They bring back memories, and dig several blues-based tunes written for the hapless Charlie Brown. The compilation includes two of Guaradi’s “Peanuts”-based compositions that George Winston recorded in the 1990s, two decades after Guaraldi’s death. “Peanuts” producer Lee Mendelson fell in love with Guaraldi’s work when he heard his classic “Cast Your Fate to the Wind.” Most of America did the same through the Charles Schulz cartoon-based TV specials. How could you not?

This project, subtitled “Interpretations of Jazz Standards & Bossa Nova,” may be the most unusual/exotic recording of jazz classics that you’ll ever hear. Here are Paul Desmond’s “Take Five,” Tom Jobim’s “Desafinado” and “The Girl from Ipanema” (plus a raga alternate take), Erroll Garner’s “Misty,” Dave Grusin’s “Mountain Dance” and two other tunes performed by the Pakistan-based Sachal Studios Orchestra – sitar, tabla, other Indo-Pakistan percussion, Spanish guitars, accordion and a full string section. There’s even a U.K.-added choir, which sounds superfluous and even distracting when it appears. A take on Burt Bacharach’s “This Guy’s In Love With You” is a bit more straightforward.

Organ trios and quartets were ubiquitous by the mid-1960s. In African American neighborhood bars and clubs up and down the East Coast, throughout the Rust … END_OF_DOCUMENT_TOKEN_TO_BE_REPLACED

Terence Blanchard looked around the restaurant table and launched into a gentle sermon about jazz education in Detroit that was part homily, part pep talk, … END_OF_DOCUMENT_TOKEN_TO_BE_REPLACED

Creating a program of solo piano music is the ultimate challenge for any improvising pianist. The music on my latest album, Ways of Disappearing (Sunnyside), … END_OF_DOCUMENT_TOKEN_TO_BE_REPLACED

First the good news: As you can see in our annual Festival Guide, there are plenty of jazz festivals scheduled to happen around the world … END_OF_DOCUMENT_TOKEN_TO_BE_REPLACED