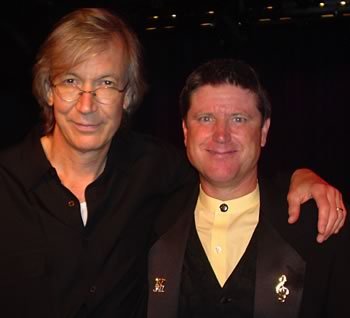 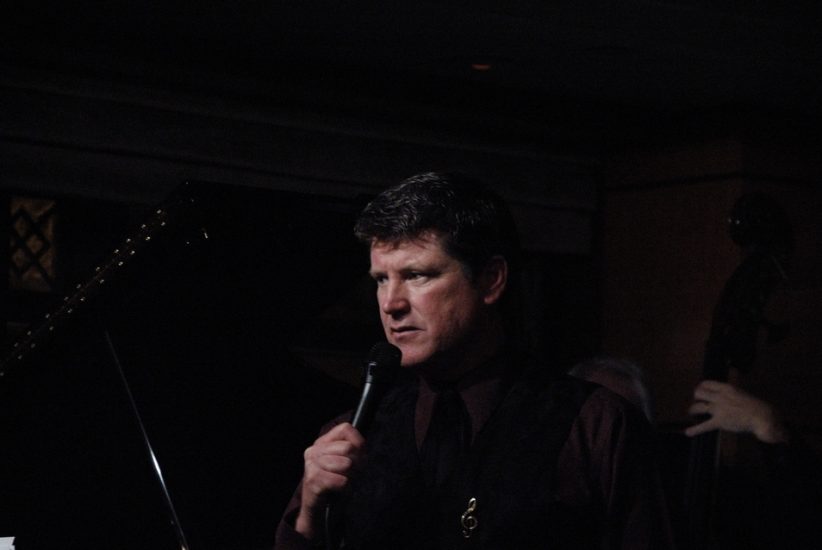 Scot Albertson has a voice built for Andrew Lloyd Webber; the sort of big, theatrical timbre that, like Michael Crawford, Juan Chioran, Alan Campbell or Mandy Patinkin, seems ideally suited to scouring a phantom’s lair or leading an Argentine revolution. But there’s also an old-school formality about Albertson that harkens back to a specific sect of ’50s male vocalists – Gordon McRae, Al Martino, Don Cherry, Matt Monro (who carried the tradition well in the ’60s) and other lesser lights; singers with plenty of power and personality, but lacking the easy, intimate familiarity of a Sinatra or Bennett. Of course, McRae and those other fellas sold boatloads of records, just as the stars of Webber’s musicals helped sell mountains of tickets, so it’s obviously a style that resonates strongly with a broad audience.

Though Albertson bills himself as a jazz singer, I’d argue he’s more a cabaret artist, with a trunkful of tunes and the gumption to do whatever is required to satisfy an audience. There’s no question that he can sell a song. Like McRae, Monro and their brethren, he can ably handle peppy numbers but is not a natural swinger. Far superior are his ballads, delivered with sincere authority.

In an earlier review, I noted that Albertson favors wide-ranging playlists, offering up a something-for-everyone potpourri. The trend continues on his latest CD, Vibination. The title is a word that doesn’t exist in Webster’s or anywhere else, but which Albertson defines as: “the experience of simultaneously merging life energies to create and joyously become one.” In other words, the experience of performing with a first-rate band, which Albertson has, including pianist/music director/co-arranger Daryl Kojak, bassist Cameron Brown, percussionist and drummer Anthony Pinciotti and multi-instrumentalists Sue Terry and Dave Pietro, plus guest vibraphonists Dave Samuels and Arthur Lipner. Whatever verve and spontaneity Albertson may be missing, these fine players more than make up for.

The eclectic playlist begins with a robust, if slightly leaden, “Put On A Happy Face.” Far superior is the second track, a lovely reading of Sammy Cahn and Jimmy Van Heusen’s “Incurably Romantic.” Later in the album, an unlikely combination of “Three Coins In the Fountain” and “I Have Dreamed” proves as effective. With the exception of Francis Lai and Carl Sigman’s sappily maudlin movie theme “Love Story,” the rest of the selections reflect one of Albertson’s greatest strengths: to unearth seldom-heard gems from top-drawer songwriters. Johnny Mercer’s gossamer “Dream Awhile” is handled with appropriately delicate grace, as are Stan Freeman’s “Be Warmer This Winter” and Matt Dennis’ charming “It Wasn’t the Stars That Thrilled Me.” Equally moving are two Johnny Mandel and Alan and Marilyn Bergman rarities, the gently swirling “A Waltz from Somewhere” and the sultry “Solitary Moon,” here cooked over a light samba beat.

Leo Robin and Richard Whiting’s clever “I Can’t Escape From You” is precisely the sort of tune that Sinatra and Nelson Riddle (or Billy May) could have made soar. Pity they never recorded it. In Albertson’s hands, it is decidedly bouncy, yet doesn’t have that devil-may-care Sinatra sass. As for “Honey Chile,” he would have been well advised to leave for his more soulful brethren. But Albertson does bring estimable sizzle to one upbeat number. It is Walter Donaldson’s “At the Club Savoy,” and in true cabaret style he serves it up with Bobby Short pizzazz.

If you’d like to share your comments about Scot Albertson or have suggestions for future installments of Hearing Voices, please direct your email to [email protected]

Organ trios and quartets were ubiquitous by the mid-1960s. In African American neighborhood bars and clubs up and down the East Coast, throughout the Rust … END_OF_DOCUMENT_TOKEN_TO_BE_REPLACED

Terence Blanchard looked around the restaurant table and launched into a gentle sermon about jazz education in Detroit that was part homily, part pep talk, … END_OF_DOCUMENT_TOKEN_TO_BE_REPLACED

Creating a program of solo piano music is the ultimate challenge for any improvising pianist. The music on my latest album, Ways of Disappearing (Sunnyside), … END_OF_DOCUMENT_TOKEN_TO_BE_REPLACED

First the good news: As you can see in our annual Festival Guide, there are plenty of jazz festivals scheduled to happen around the world … END_OF_DOCUMENT_TOKEN_TO_BE_REPLACED