The Jazz Foundation of America
I belonged to the Jazz Consortium in the ’80s. Our mission was to promote the art and history of jazz and keep the music going. But we ran out of money. In 1989 Ann Ruckert, Herb Storfer, and Billy Taylor started the Jazz Foundation of America, and Ann drafted me in 1990. I’m still with them. It was a much smaller organization than it is now and everybody was very hands-on.

A couple of years after I joined the JFA, Jimmy Owens and Jamil Nasser came up with the idea for the Musicians’ Emergency Fund and we incorporated that into our mission. It was the best thing we ever did. Those two came up with the idea and Jimmy told us all how it could work. I was at that meeting and remember being so impressed. It took a while to collect enough money to call it a fund at all. We didn’t have that much to give away, so we had to figure out how to spend it best.

How it worked was, you could get a maximum of $1,500 within a certain time frame—to pay your rent or get your horn out of hock, some real emergency. You had to be a jazz musician over 50 to qualify. And once you got the money you couldn’t come back for any more for five years, because there were so many other people in need and we had to help out as many as we could.

We also had something in place for health care. Jimmy Owens had a bassist friend who worked his way through med school playing in jazz groups. He was a successful doctor at this point and he was expressing how jazz saw him through. Jimmy asked, “Are you interested in doing something in the way of payback?” He said, “Definitely!” Then Jimmy asked if he could get any of his colleagues to donate their services to two musicians a year. He did, and we ended up with a roster of doctors in different specialties. It was a great start. To raise extra funds for this, Jimmy and JFA did a “100 Trumpets for Dizzy” fundraiser in New Jersey in 1992.

Meanwhile, Dizzy Gillespie had persuaded his doctor, Frank Forte, to organize health care for jazz musicians at Englewood Hospital [in New Jersey]. Poor Dr. Forte! That was a lot of work, but he and his colleagues set up that whole thing for musicians who couldn’t pay for health care to go out there and be taken care of. There was no age limit to receive health care, like for the Emergency Fund. Dr. Forte joined our board and set it up so people had to be vetted through us to be sent to Englewood.

In Philadelphia we didn’t have any trouble getting grant money; we got all kinds of grants because nobody was doing anything like that there. Clifford Jordan was the president of the board, Melba Liston was the artistic director. All the best musicians were on the board.

Needless to say, our shows were stellar, but almost all of those people are gone now. Then money eventually dried up in Philly. So we were inactive for a long time. But Gloria decided to revive it in 2010 and bring the Institute to New York. We haven’t gotten any real money since! Too much competition, I think.

We’ve had to learn a lot about putting on concerts. Even though we did some great shows when we started in New York, the cost of paying everybody, especially renting the venues, was huge and we ended up in the red. The first show we put on was at Merkin Hall. That cost us a lot more than we made! There were four bands honoring Wilbur Ware, all featuring bass players. Wonderful. Next we did Randy Weston honoring Melba Liston. We held that at Manhattan School of Music. The head of the music department, Justin DiCioccio, conducted his student orchestra playing Melba’s music with Randy’s band and Fostina Dixon. It was so good! We did a tribute to Shirley Scott and Stanley Turrentine with a historic lineup including four NEA Masters at the MIST in Harlem—and still ended up in the red.

So we’ve learned to keep the overhead down. And we’re still struggling for grants, which are few and far between. We put on our shows now at George Aprile’s Bogardus Mansion (75 Club) down in Tribeca. He wanted to start music there and the space was good for us. He is such a fan of this music! We had the Slide Hampton 85th birthday party, a tribute to Dizzy Gillespie with Arturo O’Farrill’s band, and George Coleman. We presented Harold Mabern, Lou Donaldson, Louis Hayes, Reggie Workman, and many other master musicians. So we’re going to keep on trucking! We have some great things lined up for future presentations.

The Legacy of Clifford Jordan
Cliff is featured on well over 100 albums, 42 of which he is leader on. They are all artistic gems. But for years people always asked me about one LP in particular, Glass Bead Games on Strata-East. So about 10 years ago I decided to reissue it myself. I had considered letting a record company do it. I was approached, but then I thought, I can do this, especially now that most sales are online or digital. I started my own little record company, Harvest Song Records, and put the CD out. It’s proven to have been a wise move because folks are still asking for it. What’s so gratifying is the fact that a large percentage of them are young people. This is my cover design. 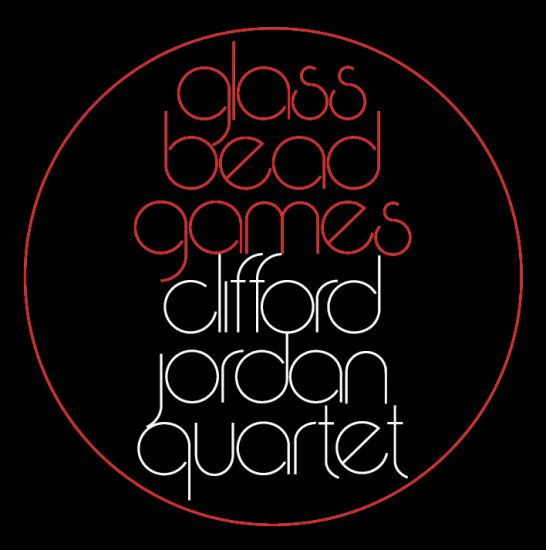 Over the years a few bands and clubs have used that music for feature presentations. I presented a show last year with James Weidman, Steve Williams, Anthony Nelson, and Andy McKee playing Clifford’s music. I wanted to make sure people came out for that one so I invited a lot of friends—didn’t leave anything to chance. Roy Hargrove performed as a guest soloist. It was a stellar show, May 18-19, 2018, at the 75 Club. They say that was the last time Roy performed in New York before we lost him. I think it may have been. I miss him. We all do. Actually the original quartet used Essiet Essiet on bass and they performed the same show at Smalls, and at An Die Musik in Baltimore to good reception. There are tentative plans to take it to D.C.

Researching Clifford’s Early Life
In 2013, I got a fellowship from a Chicago cultural agency, the Black Metropolis Research Consortium, to research Cliff’s life in Chicago before he relocated to New York City. They paid me to spend two months in Chicago to do my research. The work was supposed to enhance the history of Chicago. It was a great experience. I interviewed many old-timers and scoured various archives. The finished project was done in three parts: Education, Early Life, and Early Career. I still have it, of course, and it is available. His mother was a teacher, his father worked for the post office and had a refrigerator repair shop. His grandmother was a hairdresser and gave piano lessons. His grandfather was a Pullman porter. They were a middle-class family. Cliff studied with the legendary [music educator] Captain [Walter] Dyett at DuSable High. His grandmother had a summer cottage at the renowned black resort, Idlewild, in lake country in Michigan, and she bought each of her five grandchildren a plot on the lake. That was a special place. But the black resorts all died out once integration came.

Also in 2013, I worked very closely with Mosaic Records when they were compiling material for the boxed set of the music Clifford produced on Strata-East Records [The Complete Clifford Jordan Strata-East Sessions]. The set was released with good reviews in November of that year. It came in fourth out of 10 in the NPR Music Jazz Critics Poll for best reissue in 2013.

I’ve been working with a Japanese company for a number of years, licensing Clifford’s music to them. They love it. Now they want to do a vinyl reissue of the first record he did for Strata-East, Clifford Jordan in the World. I’m working with them on that. This recording only had four very long tunes on it, which meant it never got much airplay in this country—the stations don’t like those long, long tunes. But it does very well in Japan. It has a wonderful lineup: Clifford had Kenny Dorham, Julian Priester, Don Cherry, Wynton Kelly, Richard Davis, Wilbur Ware, Roy Haynes, Ed Blackwell, and Tootie Heath.

Visiting the Sick
I often go visiting people who are sick at home or in the hospital. It’s ingrained in me to do that from my childhood and my church.

My town was a 15-minute walk from the neighboring town, Elkridge, which had a very tight-knit black community. My grandfather was one of the founders of the First Baptist Church there—incorporated as a church in 1876, but it was there longer than that, from 1843, as a place where people just went on Sunday to hear the word. The land was donated to the black community (to be used for worship) by the Ellicott family. They were Quakers and the founders of Ellicott City, the Howard County seat about five miles from Elkridge. Andrew Ellicott was the one who solicited Benjamin Banneker to assist him in laying out Washington, D.C.

This small black community in Elkridge was so supportive of each other and strived to improve life for themselves and everyone around them. There were maybe only about 25 poor, hard-working families. I had a lot of relatives living there. They generally all had menial jobs or farmed—maybe a couple of very small businessmen like my granddad. That tiny community produced teachers, nurses, attorneys, a doctor, entrepreneurs, a preacher and a mega-preacher, a judge (my distant cousin), and a U.S. Ambassador (my first cousin)—all in one generation!

One of the things our church has always been committed to is to “visit the sick of our number.” [Congregation member] Miss Ethel Hawkins’ job, from when I was tiny until she just got too old and passed away at almost 100, was to list the “sick of our number” and instruct us all to pray for them, go see them, check them out, and see what they needed. It was our duty. And I still do that. I visit the people I know—and I know a lot of people—when they need visiting.

I remember fondly, at times when someone in my family’s house was ill, seeing a car pull up and a church member at the door. If you were absent on Communion Sunday, the entire Board of Deacons would split up in teams and come to members’ homes to give communion. These fine gents, all dressed up in black trousers, white jackets, and red ties or bowties and spit-shined black shoes. Such a beautiful sight and memory. We could go on talking, but that’s probably enough about me! Originally Published March 6, 2019

I don’t mean to sound like a complainer, or to rehash the complaints that countless others have already expressed before me, but wasn’t 2021 supposed … END_OF_DOCUMENT_TOKEN_TO_BE_REPLACED

Frank D’Rone might be the finest jazz singer and balladeer most listeners have never heard of. At least outside of Chicago, where he was a … END_OF_DOCUMENT_TOKEN_TO_BE_REPLACED

In a recent performance of RITWAL, her composition for the 2021 UnDrum festival in Montreal, Filipinx composer, drummer, percussionist, and sound artist Susie Ibarra mixed … END_OF_DOCUMENT_TOKEN_TO_BE_REPLACED

The news came just as we were closing the issue, too late to change any pages other than this one: George Wein, a man who … END_OF_DOCUMENT_TOKEN_TO_BE_REPLACED