Making the Jazz World Home
About eight months later, down in the lobby [of my building], I met a young woman with a short afro! It was the first time I had seen someone up close with short natural hair like that. She looked so great. And we started talking. She had recently moved in and was having trouble with the rent. I needed a roommate. There had always been three of us living in that apartment when I was in school, so it was more than big enough for two.

Dorismarie Welcher, the “Queen of the Hudson,” as she later became known, moved in with me. She had a young son, whose daddy was Paul Chambers. One night while we were living together, the Miles Davis Quintet were in town and she asked me to take her son down to the Vanguard to visit his daddy. So I had a chance to be backstage. I was in heaven!

Dorismarie knew all the cats. Her best friend was Vivian Johnson, J.J.’s wife. Whenever J.J. was out of town, Vivian would come spend the weekends with us. Well, when you walk into a jazz club with Vivian Johnson, all the musicians would storm over to the table. They all knew Dorismarie and they all knew Vivian. And I was the new kid in town—but it was myapartment. So after the show they would come over to the place and hang out. That’s how I met a lot of people. I met Cliff that way too, the very first time.

Dorismarie was great for making a big pot of chili for the cats. When she passed away in 2008, a lot of them came out to play and party for her: Randy Weston, Benny Powell, Lou Donaldson, Charles Davis, and many others. Instead of a funeral she had wanted a jazz party, and that’s what we gave her in 2009. We did it upstairs at Bogardus Mansion (the 75 Club is downstairs in that building now). She adopted the name “Queen of the Hudson” because the apartment she lived in later in the meatpacking district had the most breathtaking view of the river. Everybody loved eating her cooking while looking at the boats coming and going.

Clifford Jordan: Fate and Love
Clifford and I knew all the same people, and he and his first wife and me and my first husband ran in the same circles. They moved to Europe and we moved to Manhattan. We just went our separate ways. But whenever Clifford was playing in town we would try to hear him. My first husband and I split up around the exact same time Clifford and his wife split up! One night I wanted to hear some music, so I called Boomers [in the West Village] and asked if a lady could come alone. They said, “Of course, c’mon down.”

So I went and there was Clifford on the stage. And that’s how we re-met. “Oh my God I am so sorry to hear about you and blah blah blah. I thought you guys were the ideal couple blah blah,” we both said. And it’s true. We did. Anyway, it’s a nice story and I love telling it. That was 1973.

He was with Strata-East already. But from then on I did some of their record covers and all his record covers, except for a couple. For one, they actually took my idea and got somebody to do it for less! I was mad! I did covers for Cedar [Walton], Bill Lee, Muriel Winston, Clifford … It kept me busy. Sometimes I didn’t get paid—Cliff’s, of course, and Muriel’s I did for free. And I did flyers, posters, ads. Clifford was always saying, “Sandy’ll do that for you!” Same as Mr. Cunningham in the seventh grade! But I was thrilled to find three of my album covers included in a book on jazz covers published in Germany one year. I was just browsing in a bookstore down in Soho and there it was—there I was! Two from Strata-East—Muriel Winston and Cliff—and one of Cliff’s from Muse, Night of the Mark VII. I bought a bunch of copies on the spot and sent them out as Christmas presents that year! Here is one of my covers. 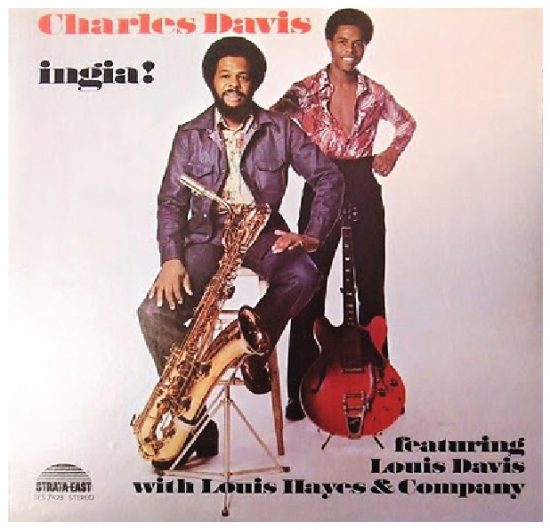 That was the only part of the jazz business I was really involved with. I didn’t do contracts or anything like that. But famous or not, Cliff sometimes had a hard time making much money. And in his last years he had that big band, which was a wonderful band, but they didn’t make much money. They played every week down at Condon’s, and even with the little bit of money we could pay … people still wanted to be in that band. Cats would hang out waiting for a chance to be asked up—all kinds of players, some great musicians and some younger guys just hoping for an opportunity to play with him.

Now anybody I hadn’t already met with Dorismarie and Vivian Johnson—and it seemed like they knew every jazz musician in the world—I got to know through Clifford. It is a very big community! And yes, I still do some kind of artwork, as a favor usually, for a lot of them.

The Jazz Life
I was going to work every day and hanging out with the band at night. I had to curtail that. I could not do this every day. I would leave work and meet Clifford at the club. After the gig, we would go for the late set at Bradley’s. Then we’d go home and he would go to bed and I’d shower, get dressed, and go to work. Wait a minute! No! Then I got some sense and mostly hung out on weekends.

I worked with an art studio, the Bill Lutz Group, from 1964 on. Although I am now technically retired, I still work for them occasionally. I was a package designer for such clients as Colgate, Avon, Faberge, Max Factor—mainly cosmetics and a bit of food packaging. They were good to work for. But I definitely couldn’t hang out every night and keep the job! Another good thing about working at the art studio was whenever I wanted to travel with Cliff, it was never a problem. So I did get to travel with him quite often.

Over the years I won many Creativity Awards from Art Direction magazine for album design, package design, and logo design. My package designs included this one for the Bill Lutz Group: 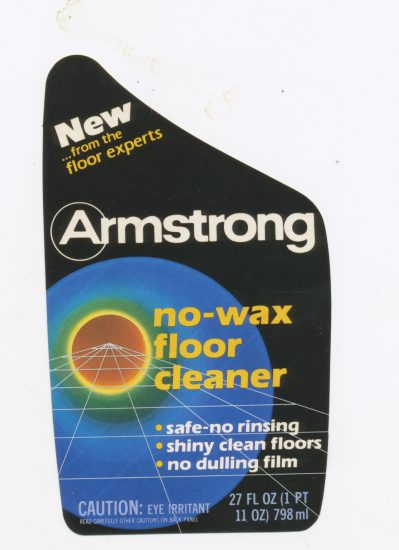 Of course, I loved hanging out and listening to the music—I still do, but not just that! My friends all over the world, other wives and girlfriends of musicians—we would look out for each other. You know how attractive a musician can be to women in the audience. My girlfriends in Paris or Norway or wherever, they’d say, “Don’t worry. I’ll look out for him when he’s over here.” And I would say the same thing to them when their men were here! Cliff used to say, “You’ve got sentries in every country!” And I did! Ha-ha.

A lot of times, though, Cliff would be playing at one spot in town and I would be at another listening to someone else I loved. I didn’t only go out when Cliff was playing. Heck—I could hear him at home! He played every day! Often a houseful of folks playing and practicing or just discussing the music. It was wonderful.

I don’t mean to sound like a complainer, or to rehash the complaints that countless others have already expressed before me, but wasn’t 2021 supposed … END_OF_DOCUMENT_TOKEN_TO_BE_REPLACED

Frank D’Rone might be the finest jazz singer and balladeer most listeners have never heard of. At least outside of Chicago, where he was a … END_OF_DOCUMENT_TOKEN_TO_BE_REPLACED

In a recent performance of RITWAL, her composition for the 2021 UnDrum festival in Montreal, Filipinx composer, drummer, percussionist, and sound artist Susie Ibarra mixed … END_OF_DOCUMENT_TOKEN_TO_BE_REPLACED

The news came just as we were closing the issue, too late to change any pages other than this one: George Wein, a man who … END_OF_DOCUMENT_TOKEN_TO_BE_REPLACED