Skip to content
Become a member and get exclusive access to articles, live sessions and more!
Start Your Free Trial
Home > Features > Ron Carter: The Power of Positivity 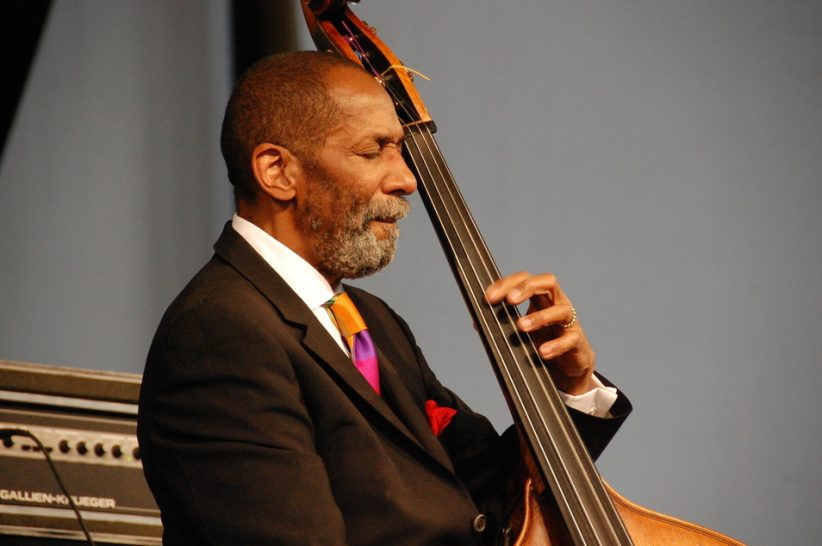 I entered the comfortable confines of Ron Carter’s beautiful Upper West Side apartment in New York City on a clear and beautiful August morning for my first conversation with the legendary, award-winning, bassist, composer and bandleader. The welcome from Ron was warm and sincere, the surroundings were inviting and comfortable, a big, open, bright space filled with incredible art work on every wall, and the positive vibes set the mood for one of the most enjoyable 45 minutes I’ve ever spent in conversation with a jazz musician.

Because of the recent re-issue of Ron’s 1973 recording All Blues, part of the re-issue series of CTI Records classics by Sony/Masterworks, I had been invited to talk with him about that and I took advantage of the opportunity to cover as much as I could in the allotted time. Looking back at those days with CTI Ron remembered how Creed Taylor had the vision to bring all the best players to his label, record great music that sounded state of the art, with Rudy Van Gelder behind the controls in his brilliant studio, package the projects with classy, artistic covers and place the music in the marketplace to compete equally with the pop, rock & soul music that was exploding at that time. Ron went on to mention how much fun it was to work with Billy Cobham, Joe Henderson, Roland Hanna and Richard Tee on All Blues and how some might have seen those other forms of music as competition and a detriment to the growth of jazz he only saw it as another source for inspiration to aid in the evolution of jazz. That was just the first of many positive points made by Ron Carter during our chat.

We returned in conversation to his days growing up in Detroit, attending the legendary Cass Tech High School and graduating from its famous music department to move on to Rochester, NY and the prestigious Eastman School of Music. There he saw and met all the greats of jazz who came through and the list was a who’s who of the day. They noticed the tall, handsome, imposing figure with the talent on the double bass and before long Ron Carter was a New Yorker, as he is today. Those early days working with Chico Hamilton’s band featuring Eric Dolphy and the interesting instrumentation that included Ron’s bass and a cellist, were a heady time, and a busy one. While others may complain about how “the business” has changed from that time when there were sessions galore, many more record companies to promote jazz, and apparent opportunities for jazz musicians that don’t exist today, Ron refused to accept that fact. His point was that it’s just as busy now as it was then in New York and he’s carrying on in this “Jazz Mecca” in honor of those who came before and those that will come after him because New York will always be THE center of jazz. As if right on queue the phone rang with a business contact on the other end confirming when Ron needed to show up for a gig. The energies were strong on this day and “Mr. Positive” had made his point again.

Ron Carter was born in 1939 and therefore missed first-hand experience in the BeBop revolution. Not a problem for him. He played with almost all of those legends, Diz, Monk, Miles, etc. and through the transference of their creative energy to him and the experience of making music with them he came as close as one possibly could to actually “being there.” His one lament was that he’d never gotten to play with Charlie Parker or Bud Powell but when I asked him later to name a “dream band” for an imaginary one night stand Bird and Bud made his list. If there is a Jazz Valhalla then I want to be there for that jam session! I was beginning to see how Mr. Carter turns negatives into positives.

I asked Ron about how he developed his ability to compose and he revealed how it just came out of practice as he was put in situations with the leaders he worked for that needed songs from time to time to complete their projects. His classic “Opus 1.5” that he offered to Joe Henderson was offered as a real breakthrough for him. I’ll personally add “Eighty One” and “Blues For D.P.” to my own list of major jewels in his composing crown. Finally he had worked so long at it that he finally had enough original ideas and confidence to strike out on his own as a leader. With his 50+ solo works, recorded from the 1960’s through today, added to all the other sessions he’s been part of it’s been noted that he may have been part of over 1,000 sessions total, but who’s counting? Ron Carter is not. According to “Mr. Humility” he’s still got more work to do and more to learn.

Ron mentioned how for the past couple of weeks he was taking some time off from his regular schedule of work to just practice, which he does for about two hours each day. I asked him how he developed his own unique “voice” on his chosen instrument and when he knew he’d found it. His answer was that he simply had no idea and that spending too much time thinking about it would take away from the fun of things. The mystery of it all brings joy to Ron Carter.

I asked about the magical nature of how being a part of possibly the most famous band in all of jazz history must have felt at the time. I’m talking about the great Miles Davis Quintet featuring Miles, Ron, Herbie Hancock, Tony Williams and Wayne Shorter. As I recalled the creation of masterworks like Seven Steps to Heaven, E.S.P., Miles Smiles and all those great live recordings I was getting chills but Ron was having none of it! He remembered Miles as a chemist who simply put people in place to do what they did and that it was fun and fulfilling but he couldn’t recall those days too much because that was then, this is now and he was getting a little embarrassed by all the accolades I was offering up. “Mr. Humility” once again kindly allowed me to delve into a moment in jazz history that has interested many a jazz fan, and that he was a major part of, and I appreciated it.

My time was up and I headed out into the bright, beautiful New York summer morning in the company of Ron’s beautiful ex-model wife who is involved in about as many creative projects as he is. She was off to a charity function with a big smile on her pretty face and I was off to take a quick walk through Central Park in Ron Carter’s town. I was still glowing from our conversation and thinking about not only the thoughts that came from the mind of this deep, intelligent, talented man but also from the purely positive energy he exudes and how kind he was to share some of it with me on this day. As fans of jazz we are all sharing in it each time we hear those marvelous notes he creates.

Organ trios and quartets were ubiquitous by the mid-1960s. In African American neighborhood bars and clubs up and down the East Coast, throughout the Rust … END_OF_DOCUMENT_TOKEN_TO_BE_REPLACED

Terence Blanchard looked around the restaurant table and launched into a gentle sermon about jazz education in Detroit that was part homily, part pep talk, … END_OF_DOCUMENT_TOKEN_TO_BE_REPLACED

Creating a program of solo piano music is the ultimate challenge for any improvising pianist. The music on my latest album, Ways of Disappearing (Sunnyside), … END_OF_DOCUMENT_TOKEN_TO_BE_REPLACED

First the good news: As you can see in our annual Festival Guide, there are plenty of jazz festivals scheduled to happen around the world … END_OF_DOCUMENT_TOKEN_TO_BE_REPLACED