Skip to content
Become a member and get exclusive access to articles, live sessions and more!
Start Your Free Trial
Home > Features > Rob Keiter: The Glory of Love 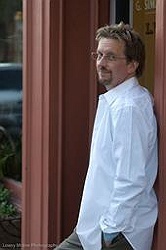 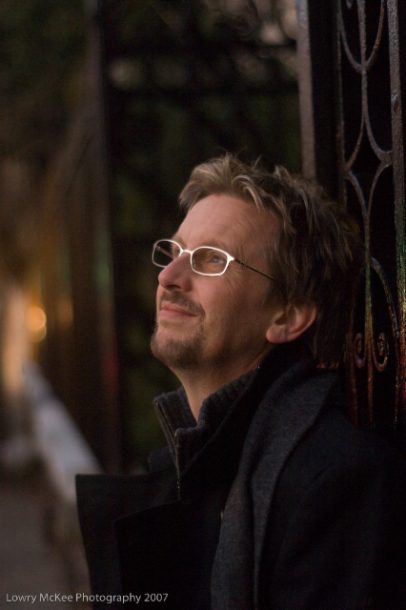 Though horn players who double as vocalists have been around since Louis Armstrong and the birth of jazz, their ranks remain relatively thin, surely due to the physical impossibility of, unlike singing pianists and guitarists, doing both at once. There was Chet Baker, of course, and Jonah Jones occasionally sang a chorus or two. More recently, Jeremy Davenport has mastered the dual roles. Now, trombonist Rob Keiter can be added to their exclusive league (or, since a trombone isn’t officially a horn, can at least be positioned immediately to their left.)

Keiter was actually a singer long before he lifted his first trombone, first lifting his voice at age six in church choir. He grew up in Florida, where he and pianist Rob Whitlock were members of a high school band before parting company, Whitlock to pursue a music career and Keiter to attend the University of Texas, where he played trombone in the campus jazz band. After college, he tried his hand at ad jingle writing before returning to school to obtain a Masters in theology and a doctorate in ministry.

Relocating to Charleston, SC, Keiter remained involved in music, working as a church music director and participating in local jazz gigs. He recorded a platter of Christmas tunes, but it wasn’t until a chance reunion with Whitlock after 23 years, at the funeral of another member of their teen band, that Keiter at last got to pursue what he refers to as his “first serious jazz album.” Whitlock and his wife Amber own San Diego-based Sketchin Records, and invited Keiter to record for them. Beginning with a list of 120 standards, they whittled it down to eleven and then added one original tune to shape what would become The Glory of Love.

Despite (or perhaps because of) the recent ending of a long marriage, Keiter wanted to focus entirely on love songs, blending jazz standards and more contemporary compositions to shape a playlist that examines l’amour from various perspectives.

The Whitlocks, who served as the album’s co-producers (with Rob tripling as pianist and arranger), assembled a top-drawer assortment of bandmates, including trumpeters Randy Brecker and Wayne Bergeron, saxophonist and flautist John Rekevics, bassist Trey Henry, guitarist Pat Kelley, drummer Cliff Almond and, since Keiter opted not to limit his participation exclusively to vocals, trombonist Andy Martin. Keiter, whose dusky voice has a distinct Kenny Rankin quality, opens with the powerful Rodgers and Hammerstein heartbreaker “This Nearly Was Mine,” from South Pacific. The mood then turns a shade brighter for the first of two Stevie Wonder selections, a shimmering “Looking for Another True Love.” (A soaringly joyful rendering of Wonder’s “You Are My Heaven” closes the album).

Bacharach and David’s wistful “Alfie,” their wishful “What the World Needs Now,” Alan and Marilyn and Bergman and Michel Legrand’s deeply romantic “What Are You Doing the Rest of Your Life?,” the Harold Arlen classic “Get Happy” and the title track (featuring Amber as Keiter’s estimable vocal partner) are all navigated with expert skill. Lennon and McCartney’s rarely covered “For No One” is a particular highlight, handled with a delicately urgent ache that ideally captures the lyric’s pensive melancholy.

The biggest surprise is, however, how masterfully Keiter reinvents Neil Sedaka’s rather sappy “Laughter In the Rain.” What begins as a straight-ahead balladic reading opens up into a rapidly accelerating swinger, complete with an impressively accomplished scat chorus, then settles into an easy mid-tempo. The sole original, co-written by the Whitlocks, is entitled “Grateful For a Pleasant Trip,” and delightfully examines the emotional voyage from heartache to romantic regeneration. Again Keiter contributes a notable scat solo.

At age 52, Keiter is a latecomer to the jazz vocalist fold. The Glory of Love does, however, suggest a potentially rosy future if he decides to carry on. As is evident from start to finish, he was extremely fortunate to be surrounded by such excellent players. His reconnection with the Whitlocks was equally providential. Clearly, they are gifted producers with acute jazz instincts. Here’s hoping that they and Keiter soon reunite in the studio.

If you’d like to share your comments about Rob Keiter, or have suggestions for future installments of Hearing Voices, please direct your email to [email protected]

Organ trios and quartets were ubiquitous by the mid-1960s. In African American neighborhood bars and clubs up and down the East Coast, throughout the Rust … END_OF_DOCUMENT_TOKEN_TO_BE_REPLACED

Terence Blanchard looked around the restaurant table and launched into a gentle sermon about jazz education in Detroit that was part homily, part pep talk, … END_OF_DOCUMENT_TOKEN_TO_BE_REPLACED

Creating a program of solo piano music is the ultimate challenge for any improvising pianist. The music on my latest album, Ways of Disappearing (Sunnyside), … END_OF_DOCUMENT_TOKEN_TO_BE_REPLACED

First the good news: As you can see in our annual Festival Guide, there are plenty of jazz festivals scheduled to happen around the world … END_OF_DOCUMENT_TOKEN_TO_BE_REPLACED