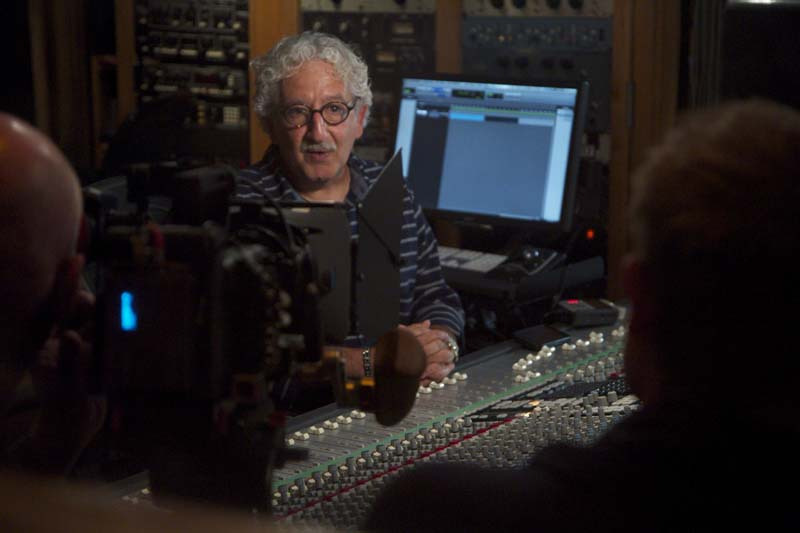 The four volumes of Sonny Rollins’ Road Shows are the most important archival jazz releases of the new millennium. Until Vol. 1 appeared in 2008, our greatest living jazz musician had not issued a representative recording in 40 years. The Road Shows albums finally documented what his devoted fans had been avowing for years: that on his greatest nights in concert, Rollins could reach transcendence, a realm beyond music. The tenor saxophone solo on the very first track of the series, “Best Wishes,” is maniacal and sublime. Rollins powers through its 12-bar form 35 times in eight minutes, in waves, in towering arcs. And he’s just warming up. There are 28 more tracks to come.

Yet Road Shows is a crapshoot. It spans 33 years, nine countries and 21 different ensembles. Most of the material comes from sonically problematic sources like soundboard tapes, cassettes, airchecks and audience recordings. The person who made these albums publishable is engineer Richard Corsello, who has been with Rollins since the late 1970s. For Road Shows, Corsello’s responsibilities included recording, editing, mixing, assembly, coproduction and “sound design.” He spent hundreds of hours in his home studio cleaning up the original “work tapes.”

The first obvious question is, why was all this labor necessary? Why were there no high-quality professional live remote recordings from Rollins’ concerts? “Sonny hates to record, period,” Corsello answers. “As soon as he knows he’s being recorded, he’s in a different mindset. He cannot stand to hear himself. He doesn’t like to do sound checks. He doesn’t care about sound. He cares only about the immediate performance.”

In the late 1980s, Corsello got a major concession out of Rollins. Soundboard tapes-two-channel recordings from the soundboard mix, output to DAT-became standard procedure at his concerts. “When the tape was always rolling,” Rollins has said, “I stopped thinking about it.”

But even the soundboard tapes have required Corsello’s expert work. “A soundboard tape is a mix for the house,” he says, beginning to define “sound design.” “The environment might be very bright, or very bass-y. The soundboard mix is a ‘mirror image.’ Sometimes there is no bass on my work tape. So I have to bring the bottom end up. But there are a lot of other things that might come up with it: could be trucks on the highway; could be somebody coughing. You deal with out-of-phase conditions, maybe from a bad mic cable. So I have to correct for phase relationships, work with equalization, edit out background noises and try to make different sonic environments sound consistent. I also have to edit overlong solos by sidemen, and blend in applause to connect the tracks, to make them sound like one concert.”

Some sources were worse than soundboard tapes. “Disco Monk,” on Vol. 4, came from a cassette with serious wow and flutter. Things improved in 2010, when Corsello began traveling with a 24-channel Pro Tools rig and made multitrack recordings off the soundboard. “Then I could go back in my studio and mix them,” he says. But so far the series has not drawn much from these superior multitrack sources.

Corsello’s achievement, against all odds, has been to make all of this material listenable. He made it possible to choose tracks based on performance, regardless of the original sound. And many of the performances are epic, including the historic 22 minutes with Ornette Coleman on “Sonnymoon for Two” (Vol. 2), the torrential 24-minute outpouring upon “Why Was I Born?” (Vol. 3), and the spiritual power of “In a Sentimental Mood” (Vol. 4).

The best news: Richard Corsello is sitting on a vast archive of Rollins concert recordings. “There’s thousands of songs,” he says. “They all need work, but there’s enough for many more Road Shows albums. I expect it will keep me busy the rest of my life.”

Richard Corsello is uniquely qualified to give advice to musicians trying to make their own live recordings on the cheap. “The key is to mic as close as possible to the sound source,” he says. “That includes using directs and contact mics. In a club, if you have overhead cymbal mics and the bass player is close to the drummer, you’re going to have bass coming into the cymbal mics. So use close mic’ing on each instrument. Then, to capture the environment-the audience, the applause-use a room mic, and mix the two together.”

For recording, as well as for mixing, editing and “buffing,” he says, “Get yourself as much Pro Tools as you can, and get a Reamp. I have a 24-channel Pro Tools 12, but if you can’t do that, there are 16- and 8-channel versions. The Reamp is essential. You can record a direct signal from any instrument with a pickup, with no leakage, no ambience, and you have total control over it when you go to do the mix. And there are now all kinds of cheap, amazing software packages for your laptop. All you need is an interface so you can plug in microphones.”

Organ trios and quartets were ubiquitous by the mid-1960s. In African American neighborhood bars and clubs up and down the East Coast, throughout the Rust … END_OF_DOCUMENT_TOKEN_TO_BE_REPLACED

Terence Blanchard looked around the restaurant table and launched into a gentle sermon about jazz education in Detroit that was part homily, part pep talk, … END_OF_DOCUMENT_TOKEN_TO_BE_REPLACED

Creating a program of solo piano music is the ultimate challenge for any improvising pianist. The music on my latest album, Ways of Disappearing (Sunnyside), … END_OF_DOCUMENT_TOKEN_TO_BE_REPLACED

First the good news: As you can see in our annual Festival Guide, there are plenty of jazz festivals scheduled to happen around the world … END_OF_DOCUMENT_TOKEN_TO_BE_REPLACED