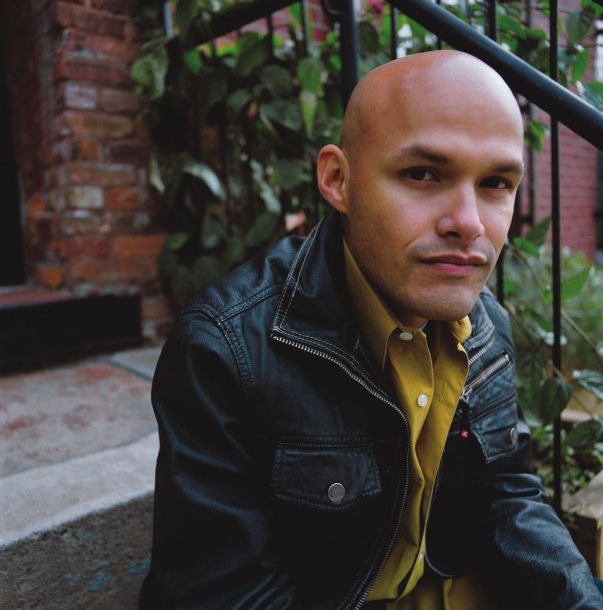 A few decades ago, when jazz started becoming known as “America’s classical music,” the theory ran that a shift in the public’s perception of the music would help put the idiom on the road to the kind of legitimization signified by institutional awareness and support. At the time it was a heady proposition, but there’s no denying that all these years later the idiom’s public face has changed both for better and worse, as a great many musicians have put jazz’s original populism behind them and moved successfully from clubs and recording studios into academia.

One of the signs that jazz’s image makeover has taken hold arrives each fall with the speculation surrounding the announcement of the John D. and Catherine T. MacArthur Foundation’s annual fellowships. Several members of the jazz community have been awarded the $500,000 “genius” grant since Max Roach was first tapped in 1988, an addition that introduced jazz-based creativity into an interdisciplinary field of innovative biologists, mathematicians, community organizers and scholars like Susan Sontag. At first, the jazz awardees were similarly unimpeachable: movers and shakers who, like Roach, had spent entire careers staring down controversy while irrevocably changing the face of the idiom (Cecil Taylor, Ornette Coleman, Stanley Crouch). As the new millennium approached, however, the seeming arbitrariness of some picks began to seem more like provocations themselves. For every George E. Lewis—the trombonist whose 2002 grant was a harbinger of the scholarship he now presides over as director of Columbia University’s Center for Jazz Studies—there were headscratchers like tenor saxophonist Ken Vandermark and pianist Reginald Robinson, awardees whose genius designations (in 1999 and 2004, respectively) sent a collective “Huh?” rippling through the jazz world.

In selecting this year’s fellow, Marsalis Music alto saxist Miguel Zenón, the foundation has once again wandered into questionable territory—which isn’t to say that the Puerto Rico-bred journeyman’s abilities as a musician and composer are suspect. At 31, the Berklee grad has been getting some of the biggest jobs on the international jazz circuit, as evidenced by his standout role in bands such as the SFJAZZ Collective, Guillermo Klein’s Los Guachos, and Charlie Haden’s Liberation Music Orchestra and Land of the Sun ensemble. But interestingly enough, Zenón’s sideman work is not mentioned in the bio/citation posted on the MacArthur Foundation’s Web site. Rather, it is as a one-of-a-kind conceptualist, a musician “who is expanding the boundaries of Latin and jazz music” that he was chosen—an exaggeration instantly betrayed by the facts on the ground. It is indeed true that Zenón’s music forgoes “the Afro-Caribbean sound that characterizes most Latin jazz” [translation: less congas], but it takes little more than a passing listen to hear that his synthesis of postbop and island hillbilly fare (called la música jíbara or jíbaro music) isn’t terribly unique. In several places, Jíbaro, Zenón’s 2005 disc, recalls the music of Wayne Shorter, a living legend whose genius credentials are indisputable.

My guess is that Zenón’s selection is an attempt to recognize jazz’s continued vitality, by lauding a youthful up-and-comer who clearly has a bright career ahead of him. Although the foundation places no restrictions on the grant’s use, the great hope is that the windfall, doled out over five years, will be the catalyst that furthers each recipient’s development. But even with that criterion in mind, it’s hard not to see Zenón’s award as premature, especially since jazz is an idiom where genius has been as well-documented as it has been neglected and overlooked. Put another way, the historic record suggests that it might take more than a cash infusion to turn Zenón (or any musician of his generation, for that matter) into someone as influential as, say, Shorter. By the age of 31, the elder statesman had made his way into one of most influential quintets in jazz history—after he’d done time as music director of Art Blakey’s Jazz Messengers and written pieces like “United” and “Lester Left Town.”

Interestingly enough, my first thoughts upon receiving the news about Zenón’s award ran elsewhere, to the seemingly tireless efforts of his sometime employer, Charlie Haden. It’s hard to imagine a living musician more deserving of the genius title. The bassist’s big break came while working with a future MacArthur fellow (Coleman), and in the meantime his work has been so varied and high-caliber that calling him a visionary is almost an understatement. Most startlingly, the public’s general indifference to jazz has not only left him unfazed, but has also inspired him to dream up accessible projects that do not compromise the groundbreaking principles he cut his teeth on. If there’s any hope for Zenón to make good on the foundation’s largesse, it will undoubtedly come from close proximity to a true master.

Organ trios and quartets were ubiquitous by the mid-1960s. In African American neighborhood bars and clubs up and down the East Coast, throughout the Rust … END_OF_DOCUMENT_TOKEN_TO_BE_REPLACED

Terence Blanchard looked around the restaurant table and launched into a gentle sermon about jazz education in Detroit that was part homily, part pep talk, … END_OF_DOCUMENT_TOKEN_TO_BE_REPLACED

Creating a program of solo piano music is the ultimate challenge for any improvising pianist. The music on my latest album, Ways of Disappearing (Sunnyside), … END_OF_DOCUMENT_TOKEN_TO_BE_REPLACED

First the good news: As you can see in our annual Festival Guide, there are plenty of jazz festivals scheduled to happen around the world … END_OF_DOCUMENT_TOKEN_TO_BE_REPLACED