Skip to content
Become a member and get exclusive access to articles, live sessions and more!
Start Your Free Trial
Home > Features > At Home: Ramsey Lewis 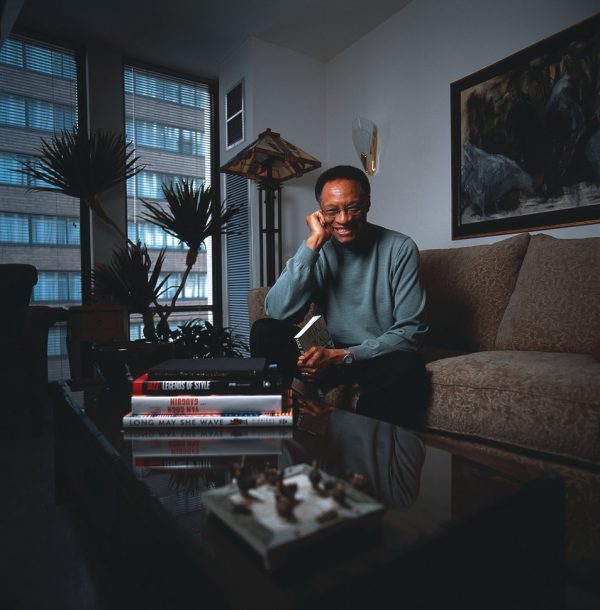 Ramsey Lewis should run for president. He’s community-minded, interested in societal issues and he knows how to improvise—an important talent to have during those prickly summits with rival nations. Lewis has proven he can unite the people, too: His crossover LP The In Crowd sold big in the mid-1960s.

It would be tough keeping Lewis caged inside the Capital Beltway, though; he loves Chicago. With all the Chi-town spirit of a pennant-race-happy Harry Caray, the pianist asserts his hometown is exactly where it’s at. “This is probably the world’s greatest city,” he begins. “I’ll consider London; I’ll consider Paris; I’ll consider Rome and New York—well, those are great places to visit. But to live, Chicago’s it.” He cites the reasons why: the symphony, opera and ballet, the museums, restaurants and music—from gospel and blues to R&B and rock ‘n’ roll. “I don’t know why I even leave town.”

But New York has ballets, museums and symphonies—hell, even Cleveland has a symphony—so why wouldn’t Lewis be enthusiastic to live in any city that meets his cultural quota? It’s just Chicago pride. Lewis stays involved with a number of local civic organizations, especially those that look after the youth, and he maintains a vested interest in seeing Chicago continue to thrive as an epicenter of culture. “I just feel that you have to give back no matter what profession you’re in, whether you’re a journalist, doctor, lawyer, musician, etc.,” he explains. “If that means going to a grammar school or high school and talking or helping some organization that does things to further build a community, then you have to do that. I mean, that’s what this country’s all about, in fact, that’s what the world should be about.”

It’s also easy to love a city that loves you back. Lewis is well known as the host of WNUA-FM’s popular morning drive show, and it’s not uncommon that he’ll step outside his spacious condo into the middle of downtown Chicago and receive greetings from folks. When he’s feeling a little shy, on nights when he and his wife (both film buffs) haven’t gone out for dinner and a movie, Lewis can likely be found listening to music or wrapping his mind around the heavy ideas presented in books with titles like God: A Biography and Freedom From the Known. And practicing the piano still figures into Lewis’ busy schedule.

In fact, Lewis put his well-tempered chops back to studio use again last fall with singer Nancy Wilson for the new Meant to Be (Narada), a follow-up to their 1984 duet album for Columbia, The Two of Us. They recorded in the troubling days following Sept. 11, and Lewis admits it wasn’t easy to play some of the album’s more lighthearted tunes. “It was difficult because of the weight the country was carrying and you have to go in there and play ‘Peel Me a Grape,'” he remembers. “The weight was on both of us, but Nancy, singing a lyric—she had to sing these songs that have to have a little humor in her voice here and there, and she really just amazed me.” But Lewis works well in stressful situations, too: His piano sounds equally as sure as Wilson’s voice. It must be his presidential demeanor that allows him to work well under pressure.

Car: Lewis drives a Cadillac DeVille DTS. “I have a radio show and [Cadillac] is one of my sponsors and part of the deal is that they give me a car. But that’s not a commercial—I mean, it’s just a great car.”

Last Movie? “I had an afternoon free, so we went to see Nicole Kidman in Birthday Girl. It wasn’t Moulin Rouge. Moulin Rouge was great because of the directing and editing and the way they used music from different eras and made it all work. In fact, I’ve already bought the DVD.”

Last Book? The Rituals of Dinner by Margaret Visser. “It goes back to when man ate solely with his hands and how we developed our eating customs. It touches on the social and political things that were happening while we were evolving through the last couple thousand years and how that has affected the way we eat.”

Stereo: “I’m not one of those guys who spent thousands of dollars. I have a Sony system that I’ve had for a few years; does me good.”

Piano: An early-’60s, 5-foot, 9-inch Steinway he recently had overhauled. “It sounds as good or better as I ever remember it sounding.”

As a JazzTimes writer, I can talk about the powers of a dynamic drummer until I’m blue in the face: the weight of each tom-tom’s … END_OF_DOCUMENT_TOKEN_TO_BE_REPLACED

There are certain works of art with which I wish I could have a conversation, so that I might express my gratitude for them. I … END_OF_DOCUMENT_TOKEN_TO_BE_REPLACED

Asked to choose Duke Ellington’s most valuable sidemen, most folks would likely start with Johnny Hodges, followed by any number of the additional cavalcade of … END_OF_DOCUMENT_TOKEN_TO_BE_REPLACED

In the early autumn, I was heading back into the city of Boston on the subway from a leafy suburb where I had watched a … END_OF_DOCUMENT_TOKEN_TO_BE_REPLACED