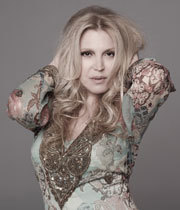 I believe one could say without much hesitation that the advent of the jazz festival and the circuit that functions all over the globe has pumped more life into jazz than any other factor today. Every town and city of every size seems to have a jazz festival these days, one that they are very proud of that brings the cream of culture to their area for a given number of days and pumps money from sponsors and visitors into their local coffers. Everybody wins with a successful jazz festival and nowhere is this more of a fact than in the beautiful Canadian city of Montreal, Quebec where the 33rd edition is about to begin. I will be making my way to attend for the 9th year in a row and I’m happy to tell you why and give you a quick overview of some of the music that one could hear should they follow me to the “Can’t Miss” festival in one of the world’s great cities for culture.

Montreal is one of those cities that “got it” long ago, that culture means commerce. It isn’t called “The City Of Festivals” without reason. If it isn’t the Festival International de Jazz de Montreal, which this year runs from Thursday, 28 June through Saturday, 7 July, then it’s their world famous Comedy Festival, or a theatre or dance event, other forms of music or any number of other great themed events which seem to occur every month or so during each and every year. When the dead of winter hits they just go underground to the beautiful venues around and inside the Place des Artes and party on! These guys know how to stage an event with panache. It’s the home of Cirque du Soleil as you may know and we all know how far that’s spread around the world. There’s a sense of theatre in the air all the time as each morning of the festival a second line parade a la Mardi Gras winds through the streets heralding the beginning of the day’s events that include hundreds of free shows on stages all within walking distance of one another. A festival attendee could spend the entire 10 days of the festival listening to music of every description from all over the world and hardly pay a penny except for the quality offerings in the gift and merchandise kiosks or topnotch food venues.

Plus, a feature of the festival that must not be overlooked is how the city’s citizens embrace the festival, not leaving the event for tourists only but attending the shows in large number themselves and serving as volunteers to make sure the festival runs like clockwork and is safe, even for families with children, to attend with no fear. There is a guard or two at every entrance to make sure no contraband or out of control individual enters the festival area. There is a kindness about their manner, this is no armed camp, and everything just runs so smoothly you can almost not believe it. There are never any arrests or inappropriate behavior and I’ve looked for it, believe me, in my 8 years of attendance. But of course if you simply want a calm atmosphere you can go to a library. I’m here for the tunes and there’s so much to hear in the ten days it’s impossible to see everything you want. I’m attending for the first four days this year and will happily tell you what I’m looking to cover that has me excited.

On Thursday, the 28th of June, I’m hitting the ground running with my first show in the late afternoon at one of the large clubs, Club Soda, to hear the man that just received “Guitarist of the Year” awards from the Jazz Journalist Association Jazz Awards as well as the Downbeat Critics Poll, the eclectic Bill Frisell. Bill, as usual, is busy these days with multiple projects including the group Floratone with their second release just out, but he’s chosen to tour his salute to John Lennon titled All We Are Saying and I’m raring to hear it! I love it when jazz meets the Beatles and the intimacy of Club Soda should be a perfect venue to take in the nuances of one of the great players of his instrument today. Since the demise of the famous Montreal club The Spectrum a few years ago, Club Soda and The Metropolis have taken the place of that legendary venue with no beats skipped, though I must say it was a shame to lose the place where so much music history was made over the decades. I’ll follow Mr. Frisell with a trip to the Place des Artes to one of the beautiful venues in the complex, The Theatre Jean-Duceppe to hear the acoustic duo of Stanley Clarke and his current piano partner in his Stanley Clarke Band, the brilliant, young Japanese-born pianist Hiromi. This is the first of four different shows in a row featuring Stanley who has become quite a regular in Montreal and won the prestigious Miles Davis Award last year while playing with the Return To Forever IV tour at the festival. I’ll end the night with the quartet of John Medeski, Vernon Reid, Cindy Blackman and Jack Bruce recalling the music of the great Tony Williams Lifetime with organist Larry Young. There seems to be lots of attention being paid these days to the memory of Mr. Young and John Medeski on the organ seems like the perfect guy for the job in this eclectic quartet. This show happens in another of the great venues inside the Place des Artes and it should be the topper to a great first day!

Day two for me might begin with a walk up to the top of Mount Royal, the peak above the city that gives Montreal its name. The park around the peak was designed by a certain Mr. Olmstead, the same one who designed Central Park in New York, and the view of the city and river below is a great payoff for the walk and the perfect start to the day. The first music of the day for me will happen again in Club Soda as I take in the performance billed as Ninety Miles, named for the album of the same name by three of the greats of their generation, Stefon Harris, David Sanchez and Nicholas Payton. They’ll be bringing to life their salute to the Cuban way of thinking of and playing jazz. The album was one of the best of the year and I have high hopes for the live show by these young masters. Then it off to Theatre Jean-Duceppe again to hear another of Stanley Clarke’s acoustic offerings, this time with The Harlem String Quartet. I’ll end the night with a set by the legendary Wayne Shorter and his current quartet inside the Theatre Maisoneuve. In the case of the Clarke & Shorter shows I have no idea of the set list but I’m not too worried.

Day three will again bring me to Club Soda, they should know me here by now, to hear the latest from Brazil’s great pianist, vocalist, composer and bandleader Eliane Elias with her Brasiliero Quartet. I’ve seen this group perform the music from Eliane’s latest album Light My Fire, which features Eliane in fine vocal form with a conscious emphasis on her vocals on this album, and I expect she’ll be thrilling the crowd with exactly this at Club Soda on this night. Larry Coryell is part of the 2012 Guitar Exposition called Guitarissimo and I might try to catch him for a little music and a quick conversation. Larry’s is always accommodating and a great interview. Then it’s off to end the night in the Theatre Maisonneuve for another show featuring Stanley Clarke, this one very electric with his friends and fellow masters of bass, Marcus Miller and Victor Wooten. I’ve seen these three together and the roof had better be nailed down tightly.

My last day at the 33rd Montreal Jazz Festival will again begin in Club Soda and this time Victor Wooten will lead his own band. I’ll follow that with my last Stanley Clarke show, this one featuring his Stanley Clarke Band with Hiromi and the others who helped him in the award-winning Stanley Clarke Band album project from a couple of years ago. The night will end with another late Club Soda set, this time featuring one of the most interesting artists in modern jazz, Meshell Ndgeocello who goes in so many different directions with her projects I am prepared to simply be surprised. Along the way, between the sets I’ve mentioned, I’ll hope to catch that odd surprise show by one of the local or international artists who will be playing on the free stages all over the festival grounds. It’s such a pleasant hang with a friendly atmosphere and easy pace that flows in it own natural way. I’ll report later on what happens as the days progress and give you some other ideas on what’s coming up in the 6 days after I leave. There’s plenty to take in and to find out all about it online just visit the festival website. From Montreal, Russ Davis here…over and out.

Organ trios and quartets were ubiquitous by the mid-1960s. In African American neighborhood bars and clubs up and down the East Coast, throughout the Rust … END_OF_DOCUMENT_TOKEN_TO_BE_REPLACED

Terence Blanchard looked around the restaurant table and launched into a gentle sermon about jazz education in Detroit that was part homily, part pep talk, … END_OF_DOCUMENT_TOKEN_TO_BE_REPLACED

Creating a program of solo piano music is the ultimate challenge for any improvising pianist. The music on my latest album, Ways of Disappearing (Sunnyside), … END_OF_DOCUMENT_TOKEN_TO_BE_REPLACED

First the good news: As you can see in our annual Festival Guide, there are plenty of jazz festivals scheduled to happen around the world … END_OF_DOCUMENT_TOKEN_TO_BE_REPLACED