Skip to content
Become a member and get exclusive access to articles, live sessions and more!
Start Your Free Trial
Home > Features > Polly Bergen & Martha Raye: Out of the Vaults 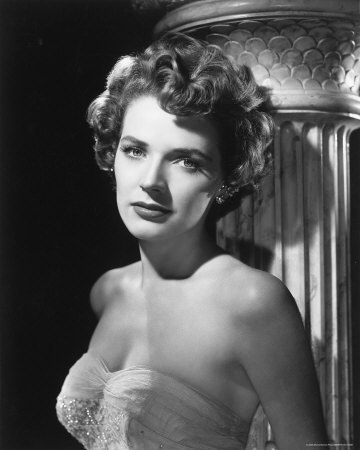 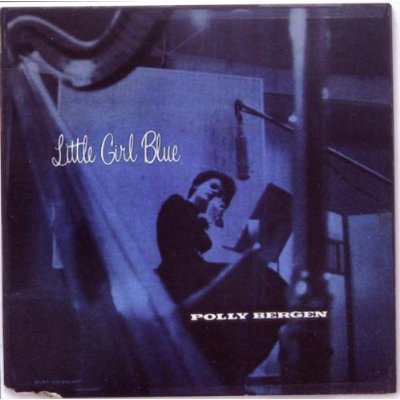 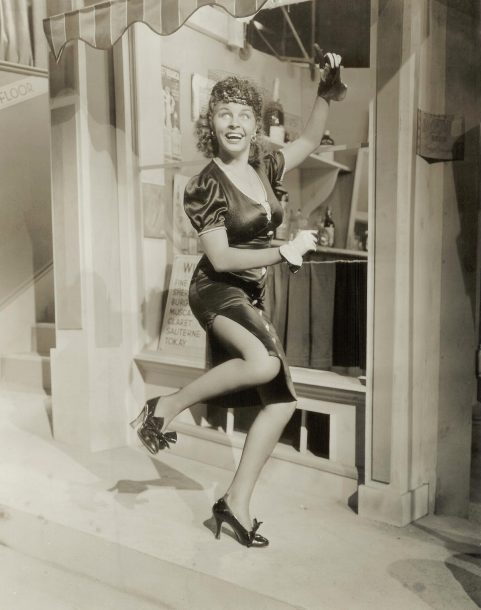 I’m as guilty as the next music fan of surrendering to the instant-gratification, shop-in-your-pajamas allure of Amazon, iTunes and their brethren sites. But I’ll confess I miss the delight of unearthing unknown treasure in an actual bricks-and-mortar record store; that feeling of coming across an utterly unexpected, jewel-cased surprise. It still happens occasionally, and perhaps such irregularity now makes discovery that much sweeter. Such was the case a few days ago when, in the unlikeliest of places – the sort of big-box outlet that’s far more concerned with moving large amounts of Jay-Z’s latest than stocking single copies of dust-gathering rarities – I happened upon a recent CD reissue of Polly Bergen’s obscure Little Girl Blue.

Bergen’s debut album, recorded when she was just 25, it was originally released in 1955 as an 8-track 10″ on the tiny Jubilee label. Bergen has always been better known as an actress than a singer, especially among contemporary audiences who recognize her as Tony Soprano’s former mistress on The Sopranos and Felicity Huffman’s pill-popping mother on Desperate Housewives. But early in her career, before she scored big-screen success in such hits as Cape Fear (as Gregory Peck’s wife) and Move Over Darling (as Doris Day’s nemesis), she made a significant name for herself as a smoky torch singer.

Never was Bergen smokier, or torchier, than on these eight standards. Back by a subdued if somewhat fussy combo complete with harp (sadly, the CDs limited liner notes provide no sideman credits, nor do they seem to exist online), she opens with a breezy “The Way You Look Tonight” followed by an appropriately pensive “Someone to Watch Over Me.” Stylistically, there are subtle hints of Chris Connor, though Bergen’s brand of smolder is much more intense. Sadly, tinkling piano and syrupy strings diminish the power of her minimalist reading of “A Woman Likes to Be Told.” She also does her level best to rise above the lyrical mediocrity of “I Thought of You Last Night.” That she is as much an actress as a vocalist is first evident on “Autumn Leaves,” drenched in swirling melodrama, but reaches full, histrionic tilt on “When the World Was Young,” a tune so pretentiously overblown that it demands the sort of near-hysteric frenzy Bergen brings to it. Best track is a toss-up between a dreamily ecstatic “Happiness Is Just a Thing Called Joe” seasoned with a dash of spicy libidinousness, and a fervently desolate reading of the title track that skirts the outer edges of madness.

Since Little Girl Lost runs a scant 30 minutes, the reissuing label, Cherry Red, has added a six-track Martha Raye session for Discovery from 1949, also originally released as a 10″ EP, and understatedly titled The Voice of Martha Raye.

If Polly Bergen is far more renowned as a stage, screen and TV personality than as a singer, Martha Raye’s vocal gifts suffer exponentially greater under-appreciation. Though Raye recorded and sang for almost her entire career, from as early as the 1930s onward her greatest fame derived from her foghorn brand of comedy. Will Friedwald, who credits her with “megachops and limitless imagination,” notes in A Biographical Guide to the Great Jazz and Pop Singers that “it won’t do to describe Martha Raye as being a great comedienne and a wonderful singer, as if those were two entirely unrelated fields of endeavor, like a champion golfer who can also dance the rhumba…. What makes Raye remarkable is the way she’s consistently both at the same time.”

Backed by a swinging, if anonymous, big band, Raye plays it straight for a peppery “The Boy Next Door” (in ironic choice, since it was initially made famous by Judy Garland, whose first husband, orchestra leader David Rose, was previously married to Raye) and a blistering “Miss Otis Regrets.” The similarity to Anita O’Day, who credited Raye as a major influence, is undeniable. The strings well up and Raye slows to a romantic lilt for Phil Moore’s lovely “Life’s Only Joy.” The mellow mood continues on a contemplative “After You’ve Gone.” Raye then takes an odd turn into “Lotus Land,” a virtually wordless concoction that, as Friedwald observes, “seems to be about drugs” and is, appropriately, shaped as an hallucinogenic reverie complete with befogged tunnels. Raye saves her comic oomph for the final track, “Ooh, Dr. Kinsey,” a winking salute to the celebrated sexologist which, with its surprisingly overt references to homosexuality and sadomasochism surely enjoyed very limited airplay at the time.

Delightful as my discovery of Little Girl Blue was, it turns out that the CD is easily available via Amazon. Also, both the Bergen and Raye EPs are listed individually on iTunes. For Raye fans (as every vocal aficionado should be), a far better iTunes deal is The Best of Martha Raye which includes all six tracks from the 1949 Discovery session plus 18 others, including her masterful renditions of “Ol’ Man River” and “As Long As I Live.” But, buyers beware. It seems iTunes has misaligned tracks and titles. If, for instance, you click on “Ol’ Man River” you’ll actually get “I Cover the Waterfront.” So once you’ve downloaded the album you’ll have to fix the glitch by re-typing the titles in their proper order.

If you’d like to share your comments about Polly Bergen or Martha Raye, or have suggestions for future installments of Hearing Voices, please direct your email to [email protected]

Organ trios and quartets were ubiquitous by the mid-1960s. In African American neighborhood bars and clubs up and down the East Coast, throughout the Rust … END_OF_DOCUMENT_TOKEN_TO_BE_REPLACED

Terence Blanchard looked around the restaurant table and launched into a gentle sermon about jazz education in Detroit that was part homily, part pep talk, … END_OF_DOCUMENT_TOKEN_TO_BE_REPLACED

Creating a program of solo piano music is the ultimate challenge for any improvising pianist. The music on my latest album, Ways of Disappearing (Sunnyside), … END_OF_DOCUMENT_TOKEN_TO_BE_REPLACED

First the good news: As you can see in our annual Festival Guide, there are plenty of jazz festivals scheduled to happen around the world … END_OF_DOCUMENT_TOKEN_TO_BE_REPLACED