Skip to content
Become a member and get exclusive access to articles, live sessions and more!
Start Your Free Trial
Home > Features > Pianist Bill Charlap on the Art of Playing with Singers 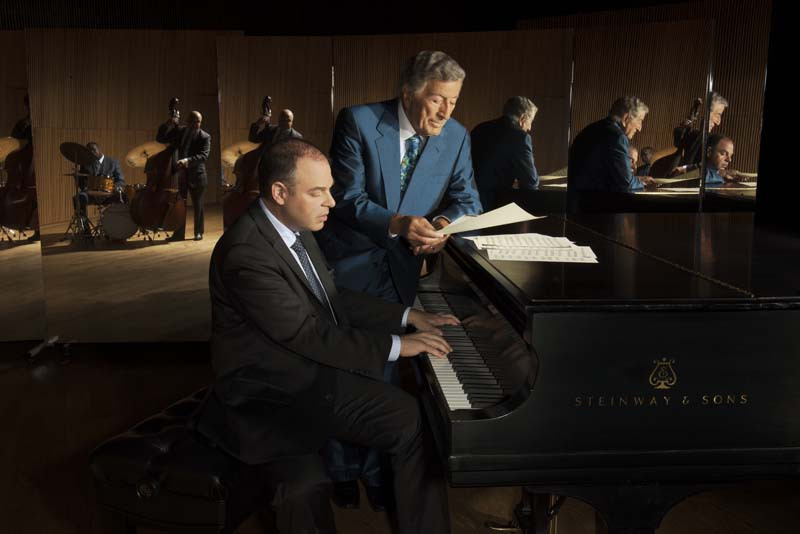 Alan and Marilyn Bergman once told me that a great lyric has many layers. They said the words should “drip off the notes.” A well-crafted song should feel natural and comfortable for a singer to phrase. To me, that combination of lyrics, harmony and melody is also the paradigm for the best partnerships between pianists and vocalists.

Singers and their accompanists are like dancing partners. Both must have complete reliance on and trust in each other. While it is primarily the instrumentalist’s role to support and follow the vocalist, sometimes the communication between two artists can become so intuitive that the lines blur. At the peak of communication there emerges a true partnership where the vocalist and instrumentalist are in constant connection with each other.

While the singer is in command of the pitch, timbre, diction, emotion and rhythm of the line and lyric, the pianist must make the right harmonic choices. Like the greatest painters who are masters of color, in terms of the infinite variety of shades and textures available, the greatest accompanists are highly attuned to the value of each tonal color-their harmonic choices-as they affect the balance of the composition. The art of accompaniment takes into account the weight and values of these choices and how their density or transparency affects the meaning of the lyric.

Setting the right tempo that allows the singer to tell the story and provides enough room for the words to speak is essential. Range is also an important consideration, same for touch and time. It helps to consider your voice leading and especially the top line in your accompaniment as a melody in itself. This helps give direction to the performance and forward motion to the song. At times the instrumentalist needs to move to the next musical sentence while at other times he or she should allow the vocalist to take the initiative. Intense listening and taste guide these choices. When the flow is right, it’s unforgettable.

Some of my favorite pianists who collaborated with singers include Tommy Flanagan, Ellis Larkins, Bill Evans, Jimmy Rowles, Hank Jones, George Shearing, Oscar Peterson, Dick Hyman, Jimmy Jones, John Bunch, Mike Renzi, Fred Hersch, Ralph Sharon, John di Martino, Tedd Firth and my wife, Renee Rosnes. Each one has a distinct musical personality, but one thing they all have in common is a respect and love for the lyrics, and that’s one of the reasons they play so beautifully in partnership with the best singers. Many of the masters of vocal accompaniment are singer-pianists who play for themselves: It is invaluable to listen to recordings by Shirley Horn, Nat Cole, Blossom Dearie and Sir Richard Rodney Bennett, to hear the state of the art in the marriage of music and lyrics.

It can be useful to think outside of your instrument, as accompanists are sometimes instant arrangers. In partnership with a singer I often draw inspiration from the giants of popular song orchestration. I listen to the way they use the range of orchestral textures and try to create that at the piano. Some arrangers who have been particularly influential for me include Johnny Mandel, Gil Evans, Gerry Mulligan, Nelson Riddle, Bill Finegan, Conrad Salinger, Ernie Wilkins, Don Costa, Torrie Zito, Benny Carter and Robert Farnon.

Introductions and endings are also vitally important, and a good time to use your imagination. I try to find something that’s clear but avoids the obvious, without calling too much attention away from that which is most important-namely the singer and the song. The great accompanists and arrangers are masters of introductions. They can perfectly set the mood for a piece. Listen to Johnny Mandel’s arrangement of “Emily” for Tony Bennett or Nelson Riddle’s treatment of “Only the Lonely” for Frank Sinatra to hear masterpiece examples of introductions for a vocal entrance.

Of course, they were writing for two of the vocal giants of all time, but that brings up another important point. Just as you wouldn’t play for Freddie Hubbard as you might for Chet Baker, the singer you are collaborating with can and should highly impact your choices. It’s been my privilege to play with some of the legends of song, and I’ve learned how every extraordinary vocalist requires something different. Moreover, each of these vocalists has many lessons to impart to a musician who has developed the ability to really listen and the talent to collaborate.

Ultimately, the lyrics, melody, harmony, rhythm, treatment and story should all work in balance with each other to make a statement with definition, meaning and purpose. As the Bergmans said, “The words drip off the notes.” At the apex of this form of musical communication, the notes drip off the lyrics. That is the art of accompaniment, an art unto itself.

Organ trios and quartets were ubiquitous by the mid-1960s. In African American neighborhood bars and clubs up and down the East Coast, throughout the Rust … END_OF_DOCUMENT_TOKEN_TO_BE_REPLACED

Terence Blanchard looked around the restaurant table and launched into a gentle sermon about jazz education in Detroit that was part homily, part pep talk, … END_OF_DOCUMENT_TOKEN_TO_BE_REPLACED

Creating a program of solo piano music is the ultimate challenge for any improvising pianist. The music on my latest album, Ways of Disappearing (Sunnyside), … END_OF_DOCUMENT_TOKEN_TO_BE_REPLACED

First the good news: As you can see in our annual Festival Guide, there are plenty of jazz festivals scheduled to happen around the world … END_OF_DOCUMENT_TOKEN_TO_BE_REPLACED