Skip to content
Become a member and get exclusive access to articles, live sessions and more!
Start Your Free Trial
Home > Features > Paul Carlon: One Busy (and Swinging) Musician 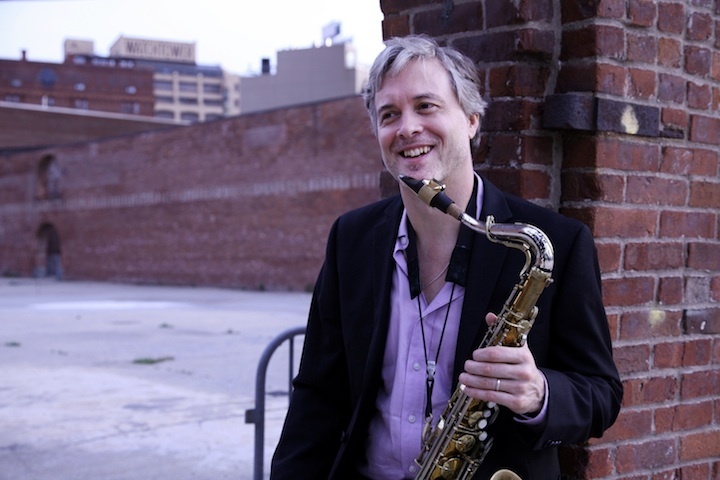 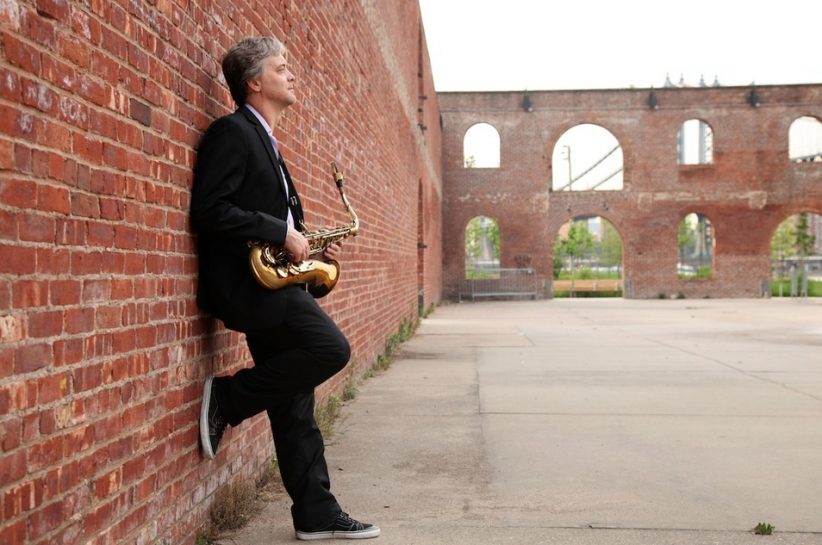 “For me the best things are playing gigs with the incredible range of talented musicians who populate New York City,” says saxophonist, arranger and composer Paul Carlon. “Just having lived and worked here this many years, I can call so many great players for gigs large or small, and they invest themselves fully in whatever is before them. It’s a privilege. And being able to travel to parts of the country or world I’ve never seen and play for people and try to reach them. That’s an incredible thing.”

Carlon’s latest album, La Rumba is a Lovesome Thing (Zoho) is a beyond-superb collection of Billy Strayhorn tunes that takes “the listener to a fun, hypothetical musical universe in which Billy Strayhorn was born in Havana.”

The album reads like a who’s who of New York’s finest: Anton Denner on alto, flute, and piccolo; Alex Norris on trumpet; Mike Fahie, Mark Miller and Ryan Keberle on trombones; John Stenger on piano; Dave Ambrosio on acoustic bass; William “Beaver” Bausch on drums; Wilson “Chembo” Corniel on congas; Obanilu Ire on barriles and maraca; and Christelle Durandy, Benjamin Lapidus, and Pedrito Martinez on incredible vocals. (Lapidus also plays decima and tres and Martinez plays congas and bata). Whether you’re a Sweepea fan, a jazz fan, a Latin fan or simply a music fan, La Rumba is a Lovesome Thing will enrich your ears.

Carlon is a native New York Stater: “I was born in Syracuse and grew up in Cazenovia, about 35 miles away. Actually I grew up in a very rural area about four miles outside of town, surrounded by dairy farms and woods. So the country is in me, and always will be. My first important music teacher really was nature, though I wasn’t aware of it at the time—in the sounds birds make and in the way the wind blows through the trees. For me, the sounds, colors and textures of nature are always the most vivid.”

After starting with the cello, Carlon switched to the saxophone when he was in fifth grade. “I never connected to the cello the way I did with the sax. The sound of the saxophone was full of mystery and promise—and still is! My next important teacher was Joseph Procopio, who taught at Cazenovia High School. Joe was a true mentor. He inspired me and told me I could be as good as I wanted to be. And he was a phenomenal saxophonist and all around musician.” Carlon played in both his school’s stage and symphonic bands. “I got my first experience playing jazz in that stage band. I learned to get over the fear of improvising-all due to Joe. Without him I wouldn’t be playing music today.”

Like all great artists, Carlon has been influenced by those who came before him. He lists Phil Woods, Sal Nistico, Eddie Harris, Paul Gonsalves, Ben Webster, Booker Ervin, Lockjaw Davis, Trane, Bird, Joe Henderson and Pres as important influences. However, one saxophonist might overshadow the rest: “When I was 17 or 18 I bought my first Gene Ammons record, and that was it. That sound! I felt like I’d found what I was looking for—the deepest, most soulful sound in the world.”

Carlon gives special credit to his parents. “My greatest hero in life is my father. From him I learned everything: How to be a man. How to be a human being. What life is really about. After he passed I realized he was my guru. I knew it when he was alive, but he was such a dominant influence that I think it was harder to acknowledge. The sun burns brighter with some people and they make the world a better place. I was lucky to have him for the time I did.

“My mother is a visual artist, a very, very good one, and she’s where I got the creative impulse. From fairly early on I would have these conversations about art and creativity with her, and at some point I realized, ‘She’s like me; we think the same way.’ That’s the immature ego, of course, thinking she was like me, when actually I was like her!”

Since arriving from Boston in 1991, Carlon has been very busy. Who are some of his musical mentors? “Bassist Phil Bowler is a really important one; I played in Phil’s band in the ’90s and just being around someone of that caliber, who swings that hard and does it every time he picks up the bass, was a great experience. Ditto for Juan Pablo Torres; my first real immersion in Cuban music came with him. What a master he was. And I really enjoyed playing with Harvie S. You can go anywhere musically with Harvie, throw anything out there and he’s right there with you, pushing you hard. Harvie’s energy onstage is amazing; he really brings it! But all these guys do.

“And one more important mentor would be Tony Allen, the inventor of the beat behind Afrobeat. I toured with Tony’s band in 2011, and that was just an incredible experience, night after night, onstage and off. Tony is phenomenal, beyond heavy. I sat and listened to him during sound check for every gig, just listening to how he plays the bass drum, hi-hat and snare drum. Playing with that band was life on planet groove.”

After studying in Boston with George Garzone—as well as working with Pete Smith and William Bausch—Carlon found early-’90s New York quite different from the city of today. “(It was) much rougher, kind of like the wild west. I was about 22. I studied with Bob Mintzer for about three months and then I hit the clubs. I knew what I wanted to learn was not in any book or school. I started going to jam sessions.”

It was in these jam sessions that Carlon learned something important about ego. “New York is very, very competitive. It’s the ultimate proving ground, and can be the ultimate intimidator. I would see the same musicians playing at all the sessions. I thought, ‘These guys seem to think very well of themselves; they have no fear of getting up and playing. They seem very egotistical.’

“And then after a while I flipped it and realized, ‘No, it’s me who is egotistical. I’m afraid to go up and play and maybe look bad.’ And I started making myself get up on jam sessions and play. It wasn’t easy and it wasn’t comfortable. I didn’t feel good, and I didn’t think I sounded good, but I kept doing it-and after a while something interesting happened: I stopped caring how I sounded, stopped caring how someone else thought I sounded. And eventually I started playing better, I got into the zone, and people started responding more to what I was playing. Not caring—or getting out of your own way—there are a lot of names for it, but it’s very necessary to the creative process.”

This writer is also a fan of Carlon’s two earlier albums: Other Tongues and Roots Propaganda. Says their creator: “Other Tongues was my first Octet record, so all I was really trying to accomplish was getting it finished. I had a lot of fun rehearsing the music, playing it live and making that album. And I included my first Strayhorn arrangement, ‘Smada.’

“Roots Propaganda was the next step, in terms of trying to showcase the influence of many folkloric musics I’d been inspired by. There’s a timba-jazz piece, an adaptation of an Afro-Cuban chant to the orish Ochun; some Brazilian maracatu; a funk arrangement of an early jazz classic and a delta blues adaptation. Plus the band had spent some time on the road together leading up to the recording, and had gotten very tight.”

And then comes La Rumba, which to these ears is a masterpiece. “Well, the image of Billy Strayhorn as a rumbero is the easiest way to express the complex process of re-imagining his music in a context quite removed from the one it was written in. But that kind of ‘What if?’ scenario is something I’ve been into since my early years of trying to learn the jazz tradition bumped up against my middle years being immersed in various Latin American traditions. ‘What would Eddie Lockjaw Davis sound like playing with Los Munequitos de Matanzas?’ That kind of thing. For me it’s not hard to imagine, because I hear so many connections between the various African-descended New World music traditions. I’m always looking for commonalities, and digging to try to understand how what we hear today got here, where it came from, what are the roots?”

Carlon is not the only artist in the family. His wife Lavita is a talented stage and screen actress. “Lavita just finished the first national tour of the Broadway show War Horse. It’s a great show and it was an amazing experience for her. She’s on a roll lately, having played Antigone in Philadelphia before getting the War Horse gig.”

And what are Paul Carlon’s future plans? “I’m really looking forward to recording the next Grupo los Santos album. I’ve written some new music for the group, as have all the band members, and we’re currently playing a lot of gigs and letting the music evolve. I’ve also recently recorded an album with Phil Bowler, Pete Smith, William Bausch and drummer Scott Latzky that we’re all really happy with, so I’m excited about that coming out. And in December, a CD I recorded a year ago with some Bulgarian friends and some New York friends will be coming out. The group is called Bulgaria Meets New York; it evolved out of a tour I did a couple of years ago in Bulgaria. It’s a straight-ahead record, for lack of a better term, and these guys are playing their asses off.”

As are all the musicians on La Rumba Is a Lovesome Thing. I would first encourage you to order it from your favorite music shop, but if you aren’t lucky enough to have one in your town, Carlon’s magnificent album is also naturally available on Amazon.com.

In spring 1963, when Coleman Hawkins was 58 and making some of the most astonishing music of his career, he gave a short but revealing … END_OF_DOCUMENT_TOKEN_TO_BE_REPLACED

Forgive me if I’ve mentioned this before (perhaps repeatedly), but I’ve been playing guitar now for more than 40 years. So when the time comes … END_OF_DOCUMENT_TOKEN_TO_BE_REPLACED

Organ trios and quartets were ubiquitous by the mid-1960s. In African American neighborhood bars and clubs up and down the East Coast, throughout the Rust … END_OF_DOCUMENT_TOKEN_TO_BE_REPLACED

Terence Blanchard looked around the restaurant table and launched into a gentle sermon about jazz education in Detroit that was part homily, part pep talk, … END_OF_DOCUMENT_TOKEN_TO_BE_REPLACED