Skip to content
Become a member and get exclusive access to articles, live sessions and more!
Start Your Free Trial
Home > Features > Pat Martino: At Home 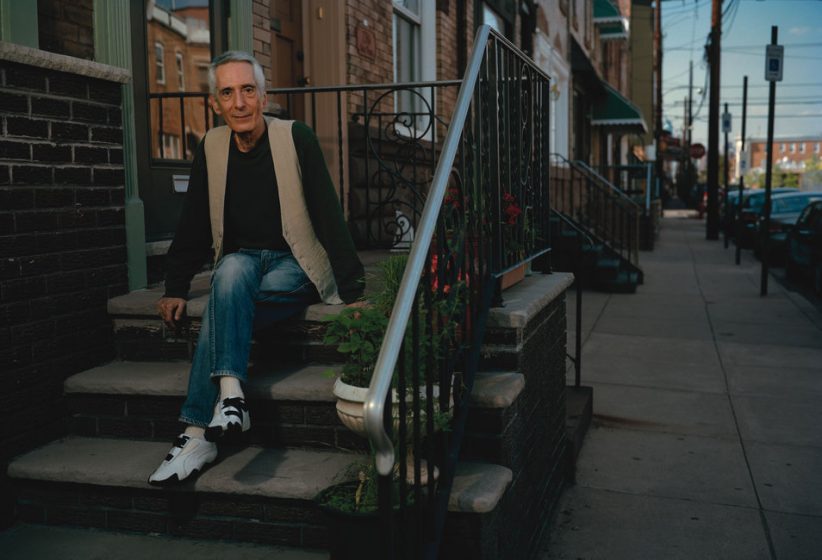 In a sense, the South Philadelphia rowhouse that Pat Martino calls home is a reflection of the dramatic schism that brought him back to it, at once a reminder of the past and a blank slate which he’s laboriously rebuilt from scratch.

Martino’s parents bought the house in 1959, just six months before the 15-year-old guitarist struck out to make his fortune in New York. Other than occasional family visits, he stayed away until forced back to recover from the 1980 brain operations that saved his life but virtually erased his memory. That rehabilitation took eight years, after which he left twice more, to Amsterdam and Kyoto, Japan, both times returning when his mother fell ill. “After the second time,” Martino recalls, “she became bedridden and I remained here until both of [my parents] passed away. I then decided to move again, but I changed my mind. My end decision was to finally reside here.”

Immediately upon making that decision, he impulsively made another: to completely gut and reconstruct the interior of the house. “My decision to do so was at random,” he explains. “It wasn’t really a thoughtful commitment. I didn’t even count the money that I had. I don’t think about the future. I think about now, and I have faith in what comes next. So I don’t worry about whether I’m not going to able to afford it somewhere down the line, whether I’ll be in debt; it comes to pass. And that’s what I believe faith and hope are all about.”

Martino describes a process of sitting in the emptied house, newspapers on the windows, and meditating on the form it should take. The contractors would arrive early in the morning and he would talk them through his ideas, with no master plan. Unconventional though the approach may have been, he laughs at the suggestion that his contractors may have balked. “Of course not,” he says, “because there was no limit on how much was going to be spent. You can hardly argue with that.”

The house changed again, though in far less drastic fashion, upon the arrival of Martino’s wife, Ayako, whom he met in Kyoto in 1993. “When she first came into the house,” Martino says, “she said, ‘This feels like a museum.’ I said, ‘Thank you, I’m impressed,’ and she said, ‘No, that’s not what I mean.’ Then she gave it life. In Japan, there’s a humor in that culture that is lacking in our culture, and it’s just priceless. She brought an ability to enjoy the house for what it is and not so much on the basis of the profundity of its architecture and what it contains.”

During the periods that Martino is in residence at the house, which is increasingly rare given his hectic touring schedule, he spends most of his time in the second-floor room he refers to as his study. Occupying the space formerly taken up by one-and-a-half bedrooms, the study has a comfortable couch on one end and a workstation on the other, including a keyboard and Gibson Pat Martino Custom guitar within easy reach of a home recording studio. Shelves along one wall are lined with vinyl, with stacks of CDs laid out on the floor below. Another four or five guitars sit in a rack alongside a portrait of the guitarist leaning against the wall.

While the study is a definite workspace, Martino has difficulty addressing the concept of downtime. “I’m never not working,” he insists. “To me, work is play. Creative productivity is the most playful, childish state of mind that I reside within on a constant basis. I can’t relate to vacations, because I have nothing to vacate. I’m alive and I’m happy. And, thank God, I’m less occupied with thoughts about the future, which doesn’t exist, or memories that are weighty.”

Martino will soon have a second home within the city. There are plans afoot to open a new “top-name, full-blown jazz club” in partnership with the owners of Philly’s Chris’ Jazz Café. While the club will bear his name, it won’t lead to a lessening of his travel plans. “I’ve always avoided and will continue to avoid ever being referred to or considered to be a ‘local artist,'” he says. “I love motion. Nothing can be judged if it’s constantly in motion, and I would rather not be judged or categorized.”

While that schedule and the new venue are evidence of Martino’s continued success, he takes such concepts in philosophical stride: “I don’t really consider myself to participate and occupy a position referred to as a ‘career’ or a ‘profession.’ I’ve chosen not to participate in that any longer, even though it automatically takes place. I remember a time when that was my priority and my intention. But after the operations, I personally don’t really have to indulge like I used to. Now I just take it moment to moment and do the best I can under any circumstances.”

15 Items or Oneness
“When I walk out the front door, whatsoever catches my attention is what I’m focused on. The only thing that focuses me on music is when an instrument is in my hands, or when, soundwise, I’m being enveloped by its presence. So it’s very difficult for me to relate to being separate from music or separate from anything that is surrounding me at the moment. When I’m at Whole Foods, for instance, I’m surrounded by that. I am that. I’m part of that.”

What’s Cooking?
“The only thing that is cooked in this house is pasta, or possibly risotto or some soup. But me and the missus are vegan, and we avoid the temperature of the food because the nutrition is lost through the heat of it. We normally eat raw vegetables and raw fruits and we both make tremendous salads all the time, but we enjoy and indulge in some fine pasta.”

Pieces of Mind
On choosing a single ideology: “I can’t. I would find that confining. I was born into and raised Roman Catholic, but that became confining, at least its rituals. Spiritualism became much more broad and expansive, and then even Christianity in general became confining. Then theosophy took its place, all religions as one. Whensoever I get involved in terms of stimulation, that seems to be the main focus of interest for me. It may be Lao Tze or Christ or Buddha or Eckhart Tolle. Who knows? It may be the smile on my neighbor’s face.”

Getting Better
“One of the biggest issues in terms of the medical industry is recovery. Recovery is, in my opinion, a loss. Refinement is a gain. To recover something is to return to the way it was prior to what takes place in full change. Refinement is metamorphosis. I think we’re brought up to hope to recover if we’re out of control, when in truth it’s the way we were that caused what happened.”

Instrumental Ideas
“I would be short-minded and shortsighted if I were to consider the guitar my instrument, because I should then be considered a guitarist when the same fluidity and precision that utensil demands of me comes into play with my own penmanship. It goes into fashion when I dress. It goes into the way I drive an automobile. It’s exactly the same force. So I dislike confining myself to any one of the tools that I use. Dedication to self-esteem is something that transcends its application to any tool that’s necessary to bring it to fruition.”

Forgive me if I’ve mentioned this before (perhaps repeatedly), but I’ve been playing guitar now for more than 40 years. So when the time comes … END_OF_DOCUMENT_TOKEN_TO_BE_REPLACED

Organ trios and quartets were ubiquitous by the mid-1960s. In African American neighborhood bars and clubs up and down the East Coast, throughout the Rust … END_OF_DOCUMENT_TOKEN_TO_BE_REPLACED

Terence Blanchard looked around the restaurant table and launched into a gentle sermon about jazz education in Detroit that was part homily, part pep talk, … END_OF_DOCUMENT_TOKEN_TO_BE_REPLACED

Creating a program of solo piano music is the ultimate challenge for any improvising pianist. The music on my latest album, Ways of Disappearing (Sunnyside), … END_OF_DOCUMENT_TOKEN_TO_BE_REPLACED