Skip to content
Become a member and get exclusive access to articles, live sessions and more!
Start Your Free Trial
Home > Features > Passing the Jazz Torch 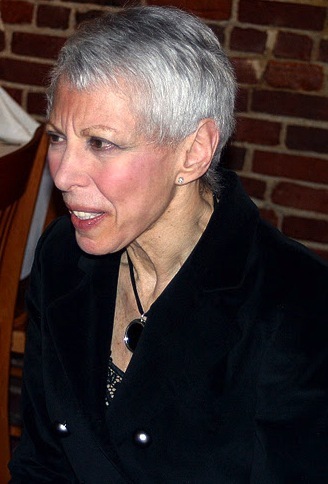 Like many who care deeply about this music and hope for future generations to keep it thriving, JAZZed publisher Rick Kessel makes the obvious point that “to make sure the torch is passed,” there must be “writing, educating, and, of course, performing for as many young audiences as possible” (May 2011).

As I noted here last month, the non-profit organization JazzBoston, in its fifth year of swinging existence, is doing just that and more. For example, this year, a proclamation by Boston mayor Thomas Menino heralded the annual JazzBoston Jazz Week (April 29 – May 8), “which will include a wide variety of collaboratively planned, independently produced performances and educational events in all kinds of venues throughout the city of Boston.”

When I was on the full-time staff of radio station WMEX in Boston 60 years ago, I got to interview current and past mayors of Boston, and not one of them gave a damn about jazz. And when Fats Waller took me to dinner one evening at a hotel in town where he was playing, no one there seemed to be aware that an international celebrity was in the room. No autograph seekers or even looks in his direction.

Having been educated by JazzBoston, Mayor Menino cited in his proclamation “the unique mix of young musicians and internationally recognized artists living, teaching and performing here”-and participating in this year’s Jazz Week.

I have space for only a brief roster of the events I couldn’t have dreamed possible when, at 20, I suddenly decided never to return to Harvard Graduate School because Sidney Bechet was opening at the Savoy in Boston. I had discovered my vocation.

One Jazz Week presentation I wish I’d known about, “Nat Pierce, Jaki Byard, and the Battle of the Bands,” focused on two deceased musicians I knew very well. Presiding was Boston jazz historian Richard Vacca, who is working on a book that will be the first comprehensive history of Boston as a major presence in the story of jazz.

That Jazz Week program took place at the main Boston Public Library in Copley Square. As a kid, I was awed to be in the vastly engaging Boston Public Library; now, as a partner with JazzBoston, the library has funded what the organization describes as a multigenerational educational program encompassing all 26 branch libraries.

Here, as described on JazzBoston‘s website, is a challenge to library systems and educational institutions across the nation that would like to help young people in their cities learn more about this international language: Riffs & Raps: Jazz for All Ages, “a family of community-based programs designed to connect audiences from toddlers to seniors with the music and the musicians who make it.”

Among its progeny is Riffs & Raps: Find Your Jazz, an “innovative after-school program for teens in underserved communities,” using “jazz as a tool to introduce young people to the power of expression, build their confidence in themselves and their pride in their cultural heritage, and foster the development of the skills they need to succeed in work and life.”

What skills? Dig this: “Six weeks of hands-on workshops lead to a closing performance that puts the kids themselves up front with their teachers and other professional musicians. By performing their stories for an audience of parents and friends, they share their experience, and their pride, with their community.”

Shortly after Charlie Parker died, a greatly saddened Art Blakey said to me, “I wonder how many black kids knew who he was?” And how many white, Hispanic, Asian, Jewish, Christian and Native American kids knew? To be an American and know little or nothing of the most vital, life-enriching gift that this country has given the world is to be truly disadvantaged.

I keep being astonished at how creatively JazzBoston is passing the torch. At the heart of JazzBoston’s rhythm section is Executive Director Pauline Bilsky, a former trustee of the New York Foundation of the Arts and the manager of saxophonist, flutist and composer Henry Threadgill from 1990 to 1997. Since jazz had long been central to her life, on moving to Boston in 2005, she became involved with the formative nonprofit. “I want,” Pauline tells me, “to see jazz continue to evolve and continue to be part of daily life, especially the life of young people. And I want jazz musicians to have more places to perform.”

Almost every time I talk to her, she’s planning ahead. “Right now,” she says, “JazzBoston is facing the challenge of transitioning from a start-up to a stable sustaining organization that will be around for the long term. I have a vision for making that transition that I will soon present to JazzBoston’s board. Stay tuned.”

I will, and I’ll let you know, too. Meanwhile, another Riffs & Raps program, Jazzin’ the Generations, seeks to bridge the musical generation gap. Says Pauline, “[It] takes audiences from the roots of jazz in blues and spirituals through the Great American Songbook and right on to the sounds of today, with excursions into other music traditions at home and abroad. Informal conversations with the musicians during and after each performance engage audiences and entertain them.”

I haven’t been to Boston for years, but JazzBoston is drawing me back. Fortunate to be in JazzTimes, I can use this forum to help inspire other Pauline Bilskys around the nation to prove, as Sidney Bechet said, “You can’t keep this music down.” Pauline says she’s never worked harder in her life-but, she adds, “It’s fun.” That’s also what keeps jazz going.

Organ trios and quartets were ubiquitous by the mid-1960s. In African American neighborhood bars and clubs up and down the East Coast, throughout the Rust … END_OF_DOCUMENT_TOKEN_TO_BE_REPLACED

Terence Blanchard looked around the restaurant table and launched into a gentle sermon about jazz education in Detroit that was part homily, part pep talk, … END_OF_DOCUMENT_TOKEN_TO_BE_REPLACED

Creating a program of solo piano music is the ultimate challenge for any improvising pianist. The music on my latest album, Ways of Disappearing (Sunnyside), … END_OF_DOCUMENT_TOKEN_TO_BE_REPLACED

First the good news: As you can see in our annual Festival Guide, there are plenty of jazz festivals scheduled to happen around the world … END_OF_DOCUMENT_TOKEN_TO_BE_REPLACED