Skip to content
Become a member and get exclusive access to articles, live sessions and more!
Start Your Free Trial
Home > Features > Solo: On Belonging and Grieving 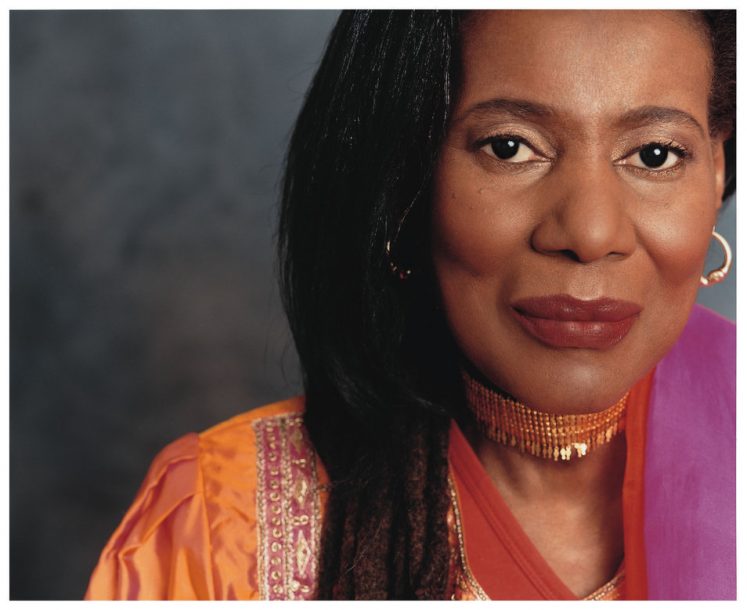 One of the functions of the annual conference held every January by the International Association for Jazz Education is that it effectively unites a community. For that hectic three-day schmooze-athon, 8,000 or so people from all over the globe gather to speak the international language of jazz and revel in their shared knowledge of syncopation, flatted fifths and all things swing. It’s a network of folks bonded by their understanding of jazz lore and their appreciation of Bird, Monk, Miles, Mingus, Max and Trane. It’s a comforting thought to know that you belong. Like one big extended family, it has its share of eccentric aunts and uncles, troubled siblings, black sheep cousins and revered elders. And when bad news hits, we grieve together-like a family.

On the morning of Saturday, Jan. 13, the last day of the conference, we were all drawn a little closer together by the crushing news of the passing of Michael Brecker and Alice Coltrane. Most were well aware of Michael’s valiant struggle over the past year and a half with the dreaded disease MDS (myelodysplastic syndrome) and his ongoing search for a bone marrow donor. Throughout last year’s conference in New York, Michael’s manager, Daryl Pitt, tirelessly operated a donor-screening table outside the Exhibit Hall.

News of Alice Coltrane’s passing the night before, on Friday, Jan. 12, was, in some ways, more shocking. On Saturday, Jan. 13, Roy Haynes had made the announcement during his interview session with Christian McBride. To those of us who’d seen her in concert just a couple of months earlier in Newark, she looked radiant in orange flowing robes, beaming her beatific smile as she addressed the audience before starting her set of soul-stirring music. Haynes, who replaced Jack DeJohnette for an inspired performance with Alice in San Francisco, sounded shaken as he delivered the sad news of her passing to the assembled IAJE attendees.

I remained blissfully unaware of both deaths until later that afternoon, when I arrived at the conference around 3 p.m. The first person I encountered was vibraphonist Mike Mainieri, Brecker’s longtime pal and colleague going back to their hippie days together in the sprawling ensemble White Elephant. In 1979, they joined together in Steps, which morphed into Steps Ahead in the ’80s. Mainieri, whose wife, harpist-vocalist Dee Carstensen, is currently suffering from liver cancer, was devastated by the news. I spied him standing alone in the lobby, and could see the grief in his face. “Mike passed away this morning,” he muttered in somber tones. His words fell like bricks and I walked around in stunned silence all afternoon.

I had just communicated with Brecker the week before, when I sent him a copy of saxist-clarinetist Andy Statman’s Awakening From Above, thinking that the healing vibrations of that collection of sacred Jewish music would lift his spirits. On Jan. 3, Brecker sent me an e-mail that read: “Hi Bill, thanks for the Andy Statman CD. He is amazing. I really enjoyed it. And thanks for thinking of me. I’m still at home fighting the battle. All is well though…lots to be grateful for. I hope you are fine and lotsa love, Mike.”

Ten days later, he was gone.

That Saturday evening, the IAJE conference concluded with a rousing, cathartic performance by Charlie Haden’s Liberation Orchestra before a packed, enthusiastic crowd in the Hilton Grand Ballroom. With short notice, IAJE organizers put together a brief memorial to Alice and Michael before the concert began. Their images were projected on two giant screens on each side of the stage as the tender refrain from Herbie Hancock’s poignant “Chan’s Song” (the touching theme from Bernard Tavernier’s ‘Round Midnight) played underneath. On the original soundtrack, Bobby McFerrin sings the fragile, plaintive melody. Mike’s tenor takes over that role on this moving rendition with accompaniment by Hancock, DeJohnette, Pat Metheny and John Patitucci.

An emotionally distraught Haden took to the podium just prior to the set to speak about his two fallen comrades. “This is gonna be hard for me,” he told the congregated mourners. The house felt the weight of his loss. Haden had just played with Alice only two months earlier at triumphant concerts in Los Angeles and San Francisco. He recounted to the audience how he told her she was looking a little thin. Michael, of course, was an old friend and collaborator of Haden’s. He told the story of first seeing the tenor sax phenom back in the mid-’60s: “I was a judge at the Intercollegiate Jazz Competition at Notre Dame and I voted Michael the best musician in the competition. I heard him play and was really impressed with his musicianship. He was Michael Brecker even then!”

Last summer we were all encouraged by seeing Michael triumphantly stroll onto the stage of Carnegie Hall when he sat in with Hancock, DeJohnette and Ron Carter on “One Finger Snap” during the JVC Jazz Festival. He played his ass off in typical Brecker-ian fashion, raising our spirits and giving us hope that he was indeed on the road to recovery. Michael did manage to put the finishing touches on a final studio recording (as-yet-unnamed and scheduled for a May release on Heads Up) just two weeks before succumbing to leukemia. At a private funeral service held on Martin Luther King Day, Randy Brecker spoke eloquently about his younger brother. Alice had also finished her final work, the ambitious Sacred Language of Ascension, before she died on the evening of Friday, Jan. 12, from respiratory failure. Her elevation service was held on Jan. 27 at her Sai Anantan Ashram.

The family of jazz was diminished by this double dose of sorrowful reality. We grieved together and will continue to honor them, but we all must carry on. As Dave Liebman put it, “This is the time for the community to pull together and keep the faith.”

Organ trios and quartets were ubiquitous by the mid-1960s. In African American neighborhood bars and clubs up and down the East Coast, throughout the Rust … END_OF_DOCUMENT_TOKEN_TO_BE_REPLACED

Terence Blanchard looked around the restaurant table and launched into a gentle sermon about jazz education in Detroit that was part homily, part pep talk, … END_OF_DOCUMENT_TOKEN_TO_BE_REPLACED

Creating a program of solo piano music is the ultimate challenge for any improvising pianist. The music on my latest album, Ways of Disappearing (Sunnyside), … END_OF_DOCUMENT_TOKEN_TO_BE_REPLACED

First the good news: As you can see in our annual Festival Guide, there are plenty of jazz festivals scheduled to happen around the world … END_OF_DOCUMENT_TOKEN_TO_BE_REPLACED