Skip to content
Become a member and get exclusive access to articles, live sessions and more!
Start Your Free Trial
Home > Features > Notes From the Backlash 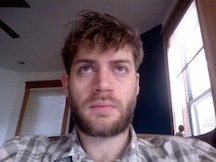 In the furor surrounding this humor column, posted in late July on the New Yorker‘s “Shouts & Murmurs” blog, one party has been mostly silent: the column’s author, Django Gold, a senior writer for The Onion. So we decided to reach out to Gold and commission a guest column on the creation of his piece and the controversy it sparked. EVAN HAGA; EDITOR, JAZZTIMES

The idea came to me when I was at my local wash-and-fold a few months back, plugging away at a heap of underwear and shirts recently sprung from the dryer. The laundromat radio was playing some nice bebop, and suddenly I was struck with the memory of a certain type of featurette I’ve often seen whenever PBS or another outlet profiles a jazz musician.

You may have seen one of these mini-documentaries yourself. The footage often consists of a black-and-white shot of the musician playing alone on a stage, lights up. It sometimes will be interspersed with other images that are staples of the jazz-doc playbook: a glowing marquee; framed portraits of various other jazz musicians from the boom days; a pan shot of a musical staff, the camera racing past clusters of eighth notes in time with the tune. And all the while, a voiceover from the subject offers up assorted truisms: “I speak through my music. When I’ve got something to say, I pick up my horn. You can’t overthink it, or you’ll lose the meaning. You’ve got to trust the music.”

As I listened to the radio and matched socks, I idly started thinking up new platitudes that weren’t so sunny-things a bitter musician might spit out after hard decades eking out a living in the jazz world, each one more absurd than the last. And after I brought my fresh laundry home, I started typing.

When the complaints began pouring in about my NewYorker.com piece, “Sonny Rollins: In His Own Words,” they were generally of two types. The first critique was that what I wrote wasn’t funny (a sentiment to which I’m pretty well inured by now). The second was that it wasn’t funny and that I had committed a moral wrong by writing it. That by putting words in Sonny’s mouth that were so critical of “his” music, I had committed a grave injustice against Jazz Music from which the art form would not recover. A controversy was born!

Here’s the thing: I do like jazz. I like it a lot. I’ve worn out the grooves on records from all these guys: Joe Pass, Chico Hamilton, John Coltrane, Jimmy Giuffre, Eric Dolphy. And, of course, Sonny Rollins. But just because I like something doesn’t mean that it’s off-limits for being made fun of. And the overly academic, overly lionizing sentiment that pervades so much of jazz writing and the music’s general presentation is certainly something that is ripe for satire. So when I came up with all those ridiculous quotes, I never once thought of what I was doing as a response to jazz music. It was, rather, a response to that staid PBS narrative I felt could use a tweak.

And, for the record, what I wrote wasn’t even about Sonny Rollins, not really. I only chose him as the “author” of the piece because he’s among the last living legends of the classic jazz era. It just wouldn’t have worked with a Branford Marsalis type. So I dropped Sonny’s name into the title and didn’t think much more of it-though, before my essay went live, I had actually fantasized that maybe Sonny himself might somehow come across it and read it. Maybe he’d even respond to it!

Boy, did he ever. It was so very surreal to have a man whose music has given me so much enjoyment come out and accuse me of trying to kill jazz-flattering too, in a sense. I was sorry that he didn’t like what I wrote, and I do apologize if I offended him or ruined his day. That absolutely was not my intent. But I was disappointed that he apparently didn’t see any value in even joking about jazz music in the first place. Over the past few weeks, I’ve heard from a lot of angry people who only seem to have a sense of humor when it comes to those topics that they personally find acceptable. And they evidently would prefer that the rest of us keep a lid on the others. Pretty square, if you ask me. You’ve got to be able to laugh at yourself or you’ll never get through this thing.

And, despite what some have alleged, I’m dubious that I succeeded in having any impact on Sonny’s legacy, Google Search results be damned. This is Sonny Rollins, OK? As someone pointed out, he’s released 50-odd albums, written hundreds of songs and played on God knows how many session dates. He’s a tower. He’s the Colossus. And I don’t think my silly little jokes can touch that.

Organ trios and quartets were ubiquitous by the mid-1960s. In African American neighborhood bars and clubs up and down the East Coast, throughout the Rust … END_OF_DOCUMENT_TOKEN_TO_BE_REPLACED

Terence Blanchard looked around the restaurant table and launched into a gentle sermon about jazz education in Detroit that was part homily, part pep talk, … END_OF_DOCUMENT_TOKEN_TO_BE_REPLACED

Creating a program of solo piano music is the ultimate challenge for any improvising pianist. The music on my latest album, Ways of Disappearing (Sunnyside), … END_OF_DOCUMENT_TOKEN_TO_BE_REPLACED

First the good news: As you can see in our annual Festival Guide, there are plenty of jazz festivals scheduled to happen around the world … END_OF_DOCUMENT_TOKEN_TO_BE_REPLACED