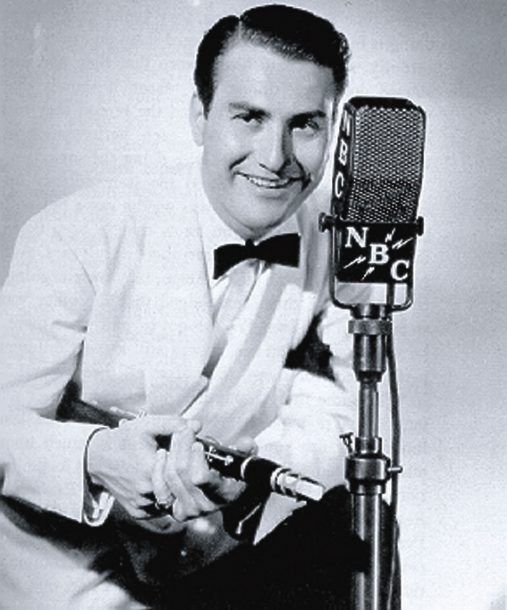 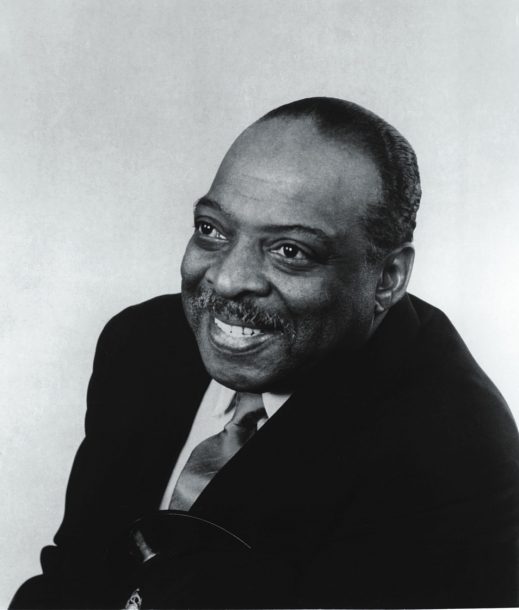 Recently, the National Jazz Museum in Harlem acquired a historic collection of never-before-heard recordings, including live performances from jazz greats such as Count Basie, Louis Armstrong, Billie Holiday, Lester Young, Lionel Hampton, Artie Shaw, Benny Goodman and many others, all recorded during a five- to six-year period starting in 1935. This treasure trove of ’30s era jazz consists of 975 aluminum and vinyl discs, adds up to over 100 hours of material. The recordings were made by William Savory, a recording engineer and Harvard-educated physicist. While working at a radio transcription service in New York between 1935 and 1941, Savory recorded hundreds of hours of material directly off the radio. Not only is the quality of the discs better than much of what was recorded at the time, but, according to the Museum, in many cases these discs constitute the only known recordings of these live performances.

For Loren Schoenberg, executive director of the Museum, the acquisition of the Collection was the culmination of a quest that began about 30 years ago. “In 1980 I was working for Benny Goodman,” Schoenberg said by phone from his office at the Museum. “I met his friends and among the people I met was Bill Savory. I knew that he had supplied the material for a two-hour piece that Columbia had put out in the early 50s of Goodman airchecks, so I asked him how he found the best material and how he picked it. And he said, ‘Well, I didn’t pick the best material. I picked the best of what was in the first box.’ At that point, I was very excited. And basically that started a 24-year cultivation on my part of him that ended in naught. He never let me hear the stuff and he never shared any of it with me. When he passed away in 2004, I thought that we had lost a great collection of Benny Goodman recordings. Goodman had all these great people – Teddy Wilson, Lionel Hampton, Sid Catlett, Cootie Williams, Mel Powell, Gene Krupa – in his band and I knew that on a lot of his radio broadcasts, he’d had a lot of guests. So I anticipated that it would have been a helluva find. When I eventually did find it in the spring of this year, it turns out that the Goodman part was a third and that the other two-thirds were all these other things. I was flabbergasted.”

After Savory died in 2004, the material was moved from his Virginia home to his California house, where it nearly disappeared into oblivion. “It was on the verge of being tossed out, when the son, Gene Savory [Eugene Desavouret], said, ‘No.’ He’s the real hero here, because he sent his daughter [to California] to bring it back to his home in Malta, Illinois. And it was in his living room and all over his house and basement for the next four or five years. Gene Savory had nowhere in his house for the collection except his living room.”

The good news is that Schoenberg had more success persuading the son to part with the collection than he had with the father. “Basically, I visited him and saw the collection and came back a week later with one of my board members, Jonathon Scheuer, and he underwrote the Museum acquiring the collection. I went back a few weeks later and spent several days cataloging, photographing each disc. And then drove it in a huge truck overnight to New York City.” Schoenberg declined to say how much the acquisition cost his institution and its generous backer.

Due to the passage of time as well as storage issues, the condition of the recordings is somewhat variable, but Schoenberg reports that much of it is salvageable and all of it has historical value. “I would say 25% was in excellent condition, 50% was in some state of decomposition, but definitely repairable, and 25% was in really bad condition. But some of the stuff in that lowest 25% is historically some of the most important. My analogy is that if you didn’t have a photograph of your grandmother and only one photo came through and it was a badly scratched negative. Even with the best digital reproduction you can’t get over the fact that a lot of the information is missing from that negative, but nonetheless you’d get acclimated to it. And it would kind of bring her back to life just being able to see that image. That’s what some of the worst sounding stuff has been. The Count Basie set from the famous 1938 Randall’s Island swing concert, there’s a version of ‘The Farewell Blues,’ a tune that the band never recorded. It features Lester Young and Herschel Evans and it’s just magic.

It must feel good to bring attention to artists like Evans who have been unheralded. “You’re absolutely right,” Schoenberg said, emphatically. “So much of the coverage has been on Goodman and Basie and all that, but there are any number of musicians who come across beautifully on these recording but who are not well known. Billy Kyle, Buster Bailey, even Bunny Berigan who people don’t talk about much any more, Chu Berry, Herschel Evans. And many others.”

If you imagined that the trip back to NYC was a bit harrowing for Schoenberg given the precious cargo, you’d have imagined correctly. “I drove them back like I was in a Conestoga wagon across the country,” he said, chuckling. “I was nervous about it. I was nervous about an accident. I was nervous about a flat tire. Even when we were backing it into the storage facility in Manhattan on the next evening, I was worrying about whether a garage door might come down… But it made it safe and sound. They’re in archival storage in Manhattan and we take them out a handful at a time to Doug Pomeroy.”

Pomeroy is the noted recording engineer who recently did the remastering on the rediscovered Woody Guthrie wire recordings. Schoenberg said that Pomeroy is definitely the right man for the arduous job of getting this material in some sort of reproducible form. “We’ll be cleaning these recordings up, but without sacrificing any of the music,” explained Schoenberg. “Many times, that kind of thing has been done poorly, but Doug is the best.

Given the work involved with and all the entanglements of rights and estates, it’s not entirely clear at the moment just how and when the public will hear all of this material. But Schoenberg is doing all he can to make the material accessible to jazz fans and scholars. “We’re talking to the major labels and also to Mosaic Records. [We’re] just trying to figure out how to issue it, while taking care of all the legal requisites to make sure that all the i’s are dotted and t’s crossed, legally. In the meantime, people can listen to it by appointment if they come to our visitor’s center in Harlem. Plus, on Tuesday evenings in September, all of our Jazz for Curious Listeners sessions are going to be based on the collection. I’ll be able to share a little more than I’ve been able to share so far. ”

Acquiring the collection resonated in a very personal way for Schoenberg who was a jazz musician long before he started a second vocation as a museum director and curator. “As early as my mid-teens, my two guiding lights in music were Benny Goodman and Lester Young,” he said. “To have discovered perhaps the major treasure trove of Benny and Lester-because there is a significant amount of new Lester Young from his prime period in this collection-is really thrilling. Plus, for me personally, there’s a jam session that I think is one of the highlights of the entire collection with Roy Eldridge, Benny Goodman, Lester Young, Teddy Wilson, Jo Jones, Sid Weiss and Ben Heller. I played with Jo Jones, Roy Eldridge, Teddy Wilson and Benny Goodman, so there’s a real strong feeling there for me hearing it. For me, these are people who I was fortunate enough to indulge me in my early years, when I didn’t know what I was doing, but who at least were kind enough not to make me feel foolish.”

I asked Schoenberg what musical moments were most revelatory for him, at least from what he’s heard so far. “Probably Lester’s solo on ‘After You’re Gone’ from that jam session I’m talking about. It’s really revelatory, because he plays two phenomenal choruses. He plays the first chorus kind of warming up and during the second chorus Jo Jones switches from brushes to sticks and starts to play on the cymbal and Lester really starts to heat up. When he gets to the end of the second chorus, it seems like it’s going to be the end of the solo, he tantalizingly goes from third gear to second, and starts to end. And you hear Benny say, ‘One more, one more.’ And Lester goes into first gear for that third chorus and he plays some stuff that I’ve never heard him play before.”

Schoenberg feels as though he’s come upon a very unique relic from our history. “I’m kind of a Lincoln buff and I have a book of Lincoln photographs,” he explained. “It’s well known that there are no photographs of Lincoln smiling. Yet when you read things about him from people who knew him, he was a storyteller and always cracking jokes. But there’s no photograph that gives us this. I really think that some of the Lester Young stuff is like finally finding a photograph of Lincoln smiling, or a movie where Buster Keaton smiles. It’s that much a part of American history, without hyperbole.”

Schoenberg was unable to explain why Savory was so guarded about the collection during his lifetime. “That remains a mystery,” Schoenberg said. “All I know is that he did withhold it. He said that he was working on transferring it into digital. Maybe he was. But I think as he became older, I think it’s possible that this became one of those things where it kind of kept him alive to be working on it. But I’m playing armchair psychologist. I don’t really know the answer.”

Given the mysterious aspects of this collection, it makes you wonder if there any other Savory characters out there, no pun intended. “Bill Savory later in life was married to Helen Ward, who was Benny Goodman’s first vocalist,” said Schoenberg. “And one of the tunes that Helen Ward sang with Benny Goodman’s band was ‘I’ll Never Say Never Again Again.’ That’s how I’d answer your question. I’m not going to rule out the possibility. I would never say that there’s not. But it’s hard to imagine there is. But one never knows, do one?”

For more information about the Savory Collection and the National Jazz Museum in Harlem, you can visit the Museum’s web site.

Organ trios and quartets were ubiquitous by the mid-1960s. In African American neighborhood bars and clubs up and down the East Coast, throughout the Rust … END_OF_DOCUMENT_TOKEN_TO_BE_REPLACED

Terence Blanchard looked around the restaurant table and launched into a gentle sermon about jazz education in Detroit that was part homily, part pep talk, … END_OF_DOCUMENT_TOKEN_TO_BE_REPLACED

Creating a program of solo piano music is the ultimate challenge for any improvising pianist. The music on my latest album, Ways of Disappearing (Sunnyside), … END_OF_DOCUMENT_TOKEN_TO_BE_REPLACED

First the good news: As you can see in our annual Festival Guide, there are plenty of jazz festivals scheduled to happen around the world … END_OF_DOCUMENT_TOKEN_TO_BE_REPLACED