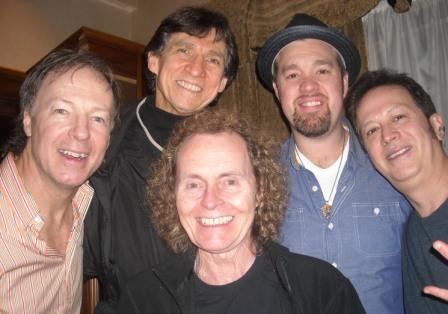 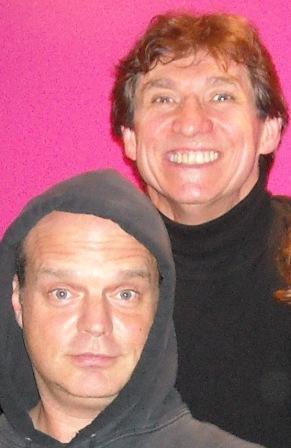 I’ve oftentimes thought that New York City is not the right place to stage a jazz festival. It isn’t that there aren’t venues where a great festival could be staged because some of the most famous places on earth are within the confines of the boroughs of the city. It’s just that a jazz festival is, to me, a specific period of time with a series of events staged in a specified place. If that is the case then every day is a jazz festival in New York City. Now I realize that there have been some excellent, extended jazz events in the city like the JVC Jazz Festival, The Winter Jazzfest, The Charlie Parker Jazz Festival in Tompkins Square Park and others but somehow it seems so different from the events that take place all over the world when cities that are not usually known for jazz gather their forces, book the musicians and invite the world. I’m thinking of Montreal, Newport, Montreux, Aspen and many others. Many cities like Detroit, San Francisco, New Orleans and Los Angeles have great jazz history but may not have the active club and concert scenes they have had in the past. As for New York, it’s always happening at the highest level. Just ask the musicians themselves.

All that having been said, I decided to stage a “2013 Winter New York Jazz Fest” of my own by taking in shows in a week at three of the cities’ most popular venues, The Jazz Standard, The Blue Note and Dizzy’s at Jazz @ Lincoln Center in a two week period and here’s my report, beginning on Friday night with an awesome pianist carrying on the hard bop tradition in grand style…Benny Green.

Each year instead of giving another scarf or sweater as a Christmas gift to my friends Bob Bresnan and Jack Sirica we share a night out hearing jazz together as a collective gift to one another. Last year we took in Cedar Walton at Birdland, and this year, at Jack’s suggestion, we decided to make our way to The Jazz Standard to hear Mr. Green in a trio setting playing the music from his new album Magic Beans plus some of his earlier works and other assorted standards. Bob is quite the pianist himself playing what I will describe as something akin to Free Ragtime. He brought along his teenage son Dylan who is also becoming an accomplished pianist himself.

The Jazz Standard is always a treat even before the music begins because of the food menu. The club was created by Danny Meyer, the man many call the # 1 restaurateur in the city, and given his Kansas City roots he decided that the combination of jazz and barbeque was the perfect theme for a New York City venue. Amen Brother Meyer! The ribs and collard greens were only topped by the soulful, swinging groove laid down by Benny and the trio of Kenny “The Jazz Maniac” Washington and a bassist from Europe, whose name escaped me, who was sitting in for Peter Washington who Kenny told me was playing in Russia. Ah, the life of a traveling jazz musician. The bassist was a long time friend of Benny Green and filled in for Peter Washington with no problem.

Benny looks like the perpetual teenager and has the youthful spirit of a kid to go with the looks. He tries to pull off the mature look on the cover of his new release Magic Beans as he sports a beard in the cover picture but to no avail. He’ll always be a kid at heart and it shows in his performances, though he most certainly pays homage to those who came before him in his style and his words of reverence for his heroes. Three of the songs from the new album have the titles “Kenny Drew,” “Jackie McLean,” and “Harold Land.” He played a song that he introduced as the first song ever recorded by John Coltrane. Benny’s music is steeped in the history of jazz and if anyone is carrying on the tradition of the likes of Horace Silver then that person is Benny Green. I know for certain that the “Hard Bop Grandpop” himself loves what Benny’s up to in his career as Mr. Silver told me so in an interview a few years ago. Benny is one of the most respectful artists I’ve ever known, not only to the music and the musicians who’ve come before, but to the audience as he sincerely thanks them for every ovation. He’s also respectful of those who may follow him, as he took the time to come to our table to visit with young Dylan Bresnan and give him some tips on playing and leading a band. On my way home I was thinking that barbeque and greens plus music by Benny Green were the perfect start to my personal Winter New York Jazz Fest!

My next stop was another famous venue that’s just walking distance from my home, the place that bills itself as “The Jazz Capital of the World,” The Blue Note, to hear something completely different than what I’d just heard a few nights before at Jazz Standard, the combination of American roots music and jazz that saxophonist Bill Evans calls “Soulgrass.” Bill, who certainly learned how to seek and discover new jazz territory off the beaten path of traditional jazz during his days with Miles Davis and John McLaughlin, put together a four-night stand with a revolving cast of guest characters from the worlds of rock, blues and jamband to complement his steady Soulgrass Band of Ryan Cavanaugh on banjo, Mitch Stein on guitar and drummer/vocalist Josh Dion. For this evening, regular bassist Andy Hess was replaced by Cameroonian-born Etienne Mbappe. Other special guests included the great keyboardist John Medeski and guitarist from Soulive, Eric Krasno. Having followed Bill’s career over the years and most especially enjoying this new sub-genre that he’s been developing since the release of the original Soul Grass album in the middle of the last decade I was most interested to hear this music live. I would not be disappointed.

In my conversation with Bill before the show I accused him of calling on his inner musicologist with his brilliant combination of elements blended with jazz improvisation that created the Soulgrass style. He disagreed slightly, saying instead he was just trying out things to have some fun. I begged to differ in that he was placing such an emphasis on blending the banjo with the saxophone as complementary lead instruments and that the banjo, thought of as the great instrument of Appalachia, is actually born of the unique stringed instruments of Mail and Senegal that were originally fashioned out of gourds and goat skins with stiff necks and tinny-sounding strings. This hybrid of World-Jazz has been around for a while with the work of Bela Fleck and various associates but never with a more varied palette of instruments and personalities to present it.

It is interesting that Bill has received such great support from and response to his Soulgrass releases in Europe as, for the second time in as many visits to The Blue Note, I sat next to a family from France. It gave me a chance to try out the two phrases I know in their language…”I do not speak French,” and “How much for the red wine?” That pretty much covers my complete French vocabulary but luckily my friends from France spoke beautiful English and we all enjoyed the universal language of music, jazz and soulgrass. Bill and the boys “raised the roof” to employ a phrase appropriate to this genre of roots music and jazz. The night was filled with rousing songs filled with the astounding drumming and vocal prowess of Josh Dion, blazing guitar work from Stein and Krasno, the brilliant traditional and non-traditional use of the banjo by Ryan Cavanaugh, John Medeski’s always unique keyboard work and the uplifting sax leads of Bill Evans. The set was a combination of songs from the latest Bill Evans Soulgrass release Dragonfly, earlier Soulgrass tunes and even John Medeski’s composition “Junkyard.”

The night was made complete for me with conversations after the set with John Medeski, who told me of the coming projects with Medeski, Martin and Wood that will follow the series of solo projects that each of the members are involved in now. Once they bring the influences from these varied projects back to the group they’ll record again, possibly later in 2013, and have decided to place an emphasis on playing more overseas, most especially in Europe, the place on the globe that seems more open to jazz and various kinds of improvised music than even the USA. Eric Krasno spent some time with me and I learned that though he and the brothers Alan and Neal Evans, who work with him in the long-standing group Soulive, are dedicated to continuing their work together including their now-famous two week stand with revolving guests at The Brooklyn Bowl. They’ll once again prove that the groove is strong with Soulive and that people still dance to jazz in America, as well as sit and attentively listen as they did on this night at The Blue Note.

I even ran into one of Bill’s old friends and musical associates, bassist Mark Egan, who spoke of his latest trio recording with John Hart and Karl Latham called Unit 1. Mark remarked how much he has enjoyed playing with Bill Evans over the years on another of Mark’s latest solo albums, Truth Be Told, and in their years in the band Elements with drummer Danny Gottlieb. He also mentioned that, as the original bassist with the first Pat Metheny Group with Gottlieb, Metheny and Lyle Mays, he would not be opposed to a reunion of any length with that original quartet. Pat, are you listening? That would be pretty exciting stuff for lots of people and uncovering a nice little tidbit of speculation like that is just the kind of thing one finds in conversations backstage when you are “on the scene” at a jazz festival. In this case my own, personal “2013 New York Winter Jazzfest” which would take me next to the Mecca of New York jazz, the Jazz @ Lincoln Center Complex, and one of the hottest, newest clubs in the city, the beautiful space called Dizzy’s.

Organ trios and quartets were ubiquitous by the mid-1960s. In African American neighborhood bars and clubs up and down the East Coast, throughout the Rust … END_OF_DOCUMENT_TOKEN_TO_BE_REPLACED

Terence Blanchard looked around the restaurant table and launched into a gentle sermon about jazz education in Detroit that was part homily, part pep talk, … END_OF_DOCUMENT_TOKEN_TO_BE_REPLACED

Creating a program of solo piano music is the ultimate challenge for any improvising pianist. The music on my latest album, Ways of Disappearing (Sunnyside), … END_OF_DOCUMENT_TOKEN_TO_BE_REPLACED

First the good news: As you can see in our annual Festival Guide, there are plenty of jazz festivals scheduled to happen around the world … END_OF_DOCUMENT_TOKEN_TO_BE_REPLACED