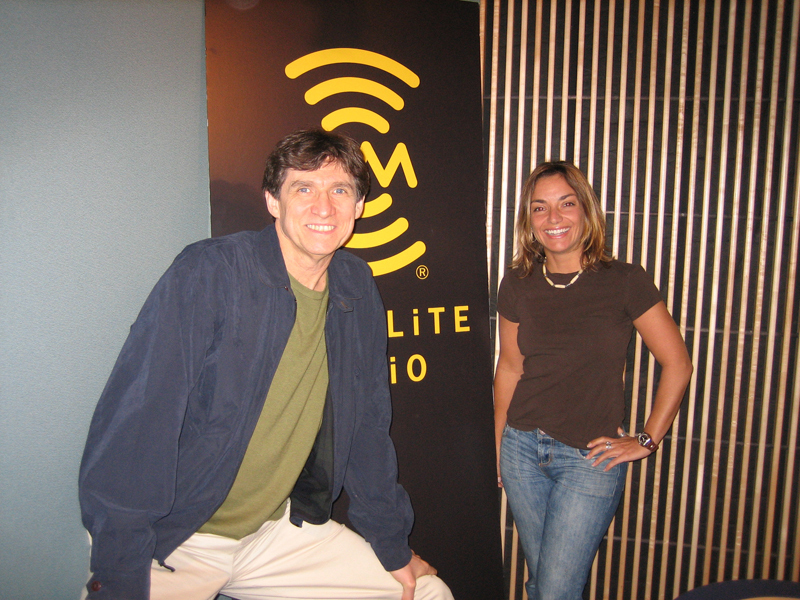 I just came across some statistical information from the service Live365 on which we first listed MOJA Radio, the online service I call “The World’s MOdern JAzz Radio Channel,” that told me that we began operation on the 1st of April in 2009. That would make us 6 years old now and it gave me another change to take stock of where we came from, where we’ve been, where we are and where we will go as we proceed in the ever-evolving arena of jazz in the 21st century as heard in cyber-world. When Michelle Sammartino and I were told by our superiors at XM Satellite Radio, just before the company was taken over by our competitor Sirius, that our channel Beyond Jazz would not be remaining in the lineup and that we would be leaving with it we decided to put out the word to the 400,000 estimated weekly listeners and see if they’d be interested in following us wherever we might go? We got a large and positive response so we decided to put our personal funds, time, creativity and effort into building the online version of the channel called MOJA Radio (MO for MOdern, JA for JAzz)!

As I mentioned earlier, we decided to place it on the multi-channel service Live365 so folks could listen for free for a while until we decided how to pay for keeping the service going. We garnered tens of thousands of regular listeners in a few months and then switched it over to the stand-alone, subscription service that it is today. Later on Michelle had to move to greener pastures, more on that later, and I’ve carried on as a one-man-operation but I am certainly not alone. MOJA Radio has become MOJA Nation with a host of folks we call MOJANS contributing everything from blog material with concert reviews to sending me rare music, to making programming suggestions, to actually lending up technical expertise as in the case of MOJAN David Black who volunteered to create our new FREE MOJA MOBILE APPS which are available for all subscribing MOJANS to download and enjoy! To simply be actively involved in programming and presenting this area of jazz and still be thriving is pretty astounding. I sometimes feel like a jazz musician who has chosen to express himself in a personal way and just let the chips fall where they may as opposed to crafting something that might get me more work in the jazz arena as it exists today. It isn’t that brave an endeavor really. I’m simply doing what I know how to do and building on something that began for me way back in the 20th century. I hope you’ll indulge me as I tell this story.

In the concluding section of Marty Ehrlich’s gold-standard booklet notes for The Boyé Multi-National Crusade for Harmony (New World), a seven-CD extravaganza culled from the … END_OF_DOCUMENT_TOKEN_TO_BE_REPLACED

A jazz musician’s legacy can be a multifarious slope. Sometimes it’s defined by contrasting stylistic paths that amalgamate into a career, as with Miles Davis. … END_OF_DOCUMENT_TOKEN_TO_BE_REPLACED

I reached across the northern border to Toronto, Ontario, Canada, for my latest subject of the “In Service of Jazz” series of interviews: Sybil Walker, … END_OF_DOCUMENT_TOKEN_TO_BE_REPLACED

When jazz guitarists step out on their own, leaving the security of accompanists behind, they face special challenges. Yes, they can handle chords and melody … END_OF_DOCUMENT_TOKEN_TO_BE_REPLACED