Skip to content
Become a member and get exclusive access to articles, live sessions and more!
Start Your Free Trial
Home > Features > MOJA in Europe: The 2013 Budapest-Vienna-Prague Jazz Tour 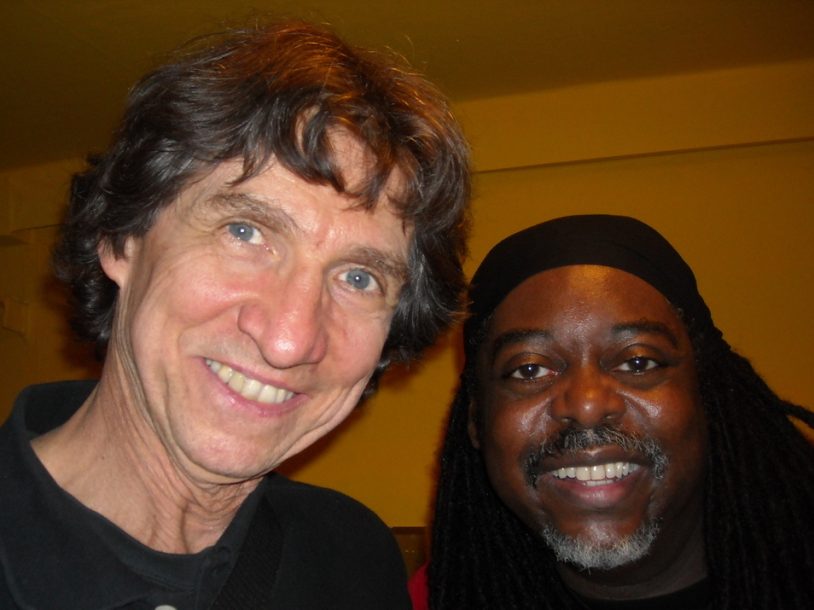 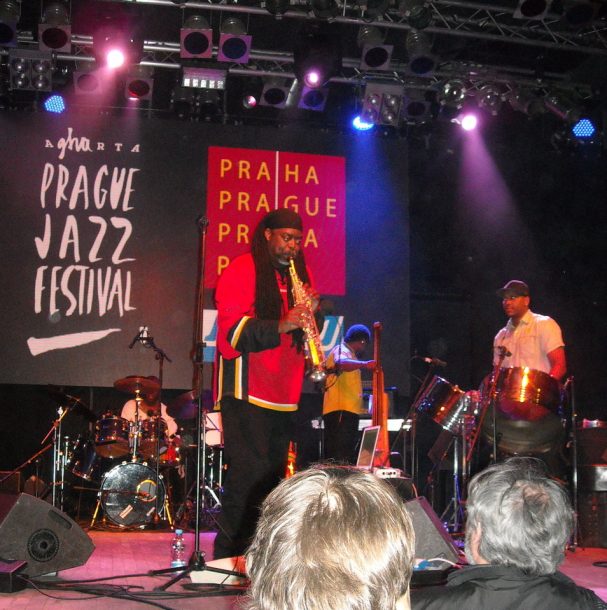 Courtney Pine live in Prague at the Prague Jazz Festival 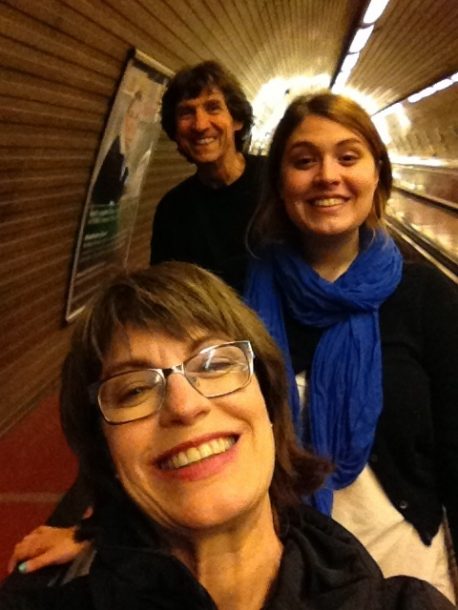 When my daughter Blair decided to spend her semester abroad in London this year she proposed that my wife Patricia and I come pick her up at the end of her semester and do some traveling in Europe for a couple of weeks. Patricia put together an itinerary that included Budapest, Vienna and Prague. I immediately began to think of the possibilities to investigate the current jazz scene in these three cities and in Europe in general. There has been much talk recently about how jazz has been moving away from its roots in blues and Africa and more towards “classical” music that certainly could be a reference to the influence of Europe and its ancient musical traditions. We’ve all probably heard the term “improvised music” used instead of jazz to describe much of the instrumental music made by European musicians as well as by musicians from other countries, America among them. I decided to find out how true this might be and whether or not Europe might be leading the way in helping jazz evolve in the 21st century. I found the answer to be yes, and no.

My last trip to Europe was to attend the 2008 Barcelona Jazz Festival and I certainly found some unique and interesting new takes on how to make jazz. The electric big band sound of Llibert Fortuny certainly caught my attention, but then there was the vocal work of Cigala who takes his queue directly from flamenco. Old and new were peacefully co-existing on the same festival lineup, beside the Five Peace Band featuring Chick Corea & John McLaughlin and Chucho Valdes. Plus, in recent appearances in New York, Montreal and Detroit, I’ve had the chance to hear some of Europe’s great, new improvisers in action, among them French trumpeter Erik Truffaz, the Dutch group New Cool Collective, that morphs between a big band set up and a smaller ensemble and mixes boogaloo with rock and other elements. I’ve heard the great pianist from Ajerbajhan, Amina Figarova, who now makes Rotterdam her home and brings a great love of American jazz to the mix that includes some obvious classical references. Polish trumpeter Tomasz Stanko blends electronics and acoustics in a decidedly European style. Then there’s Norway’s Jaga Jazzist, that’s been at it since they were teenagers, creating a style that’s all their own by blending the Norwegian horn band traditions with electronics and a powerful groove that never “swings” in the American sense. I’ve also seen the energetic, young pianist from Armenia, Tigran Hamasyan, who certainly swings, but in the tradition of Armenian folk music. As a very wise man, NEA Jazz Master Kenny Barron, once said to me when I asked if he felt like having recorded a Brazilian album with Brazilian musicians was taking him away from swinging…”Every kind of music has its own kind of swing.” True that Mr. Barron! I set out to discover if I could get a read on what might be a new kind of swing happening in Europe these days.

Those only familiar with Diego Barber’s Sunnyside Records output might be taken aback by his latest release on the label, Drago. Its largely electronic sounds … END_OF_DOCUMENT_TOKEN_TO_BE_REPLACED

One day in 1959, pianist/composer Freddie Redd went to see alto saxophonist Jackie McLean with some new music and a unique opportunity. Redd had fallen … END_OF_DOCUMENT_TOKEN_TO_BE_REPLACED

In the wake of the March 16 shooting in Atlanta that killed eight people, violence against Asians hit the top of the news cycle. It … END_OF_DOCUMENT_TOKEN_TO_BE_REPLACED

Sometimes I like to imagine I’m a workaday jazz musician from a very specific point in time. It’s May 1941 in New York City. I’m … END_OF_DOCUMENT_TOKEN_TO_BE_REPLACED