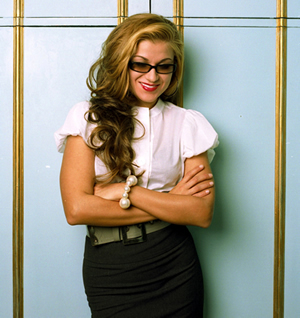 Melody Gardot scored a significant critical and popular hit with 2008’s A Worrisome Heart. But it was her 2009 follow-up, the unilaterally acclaimed My One and Only Thrill that elevated Gardot to the upper echelon of contemporary jazz vocalists. Since then, things have been relatively quiet on the Gardot front, with no official word yet of a new album. But, for those willing to dig a little, there have been a few delightful additions to the Gardot oeuvre.

Seven months after the initial release of My One and Only Thrill, Decca issued a Deluxe Edition that included an orchestral version of “If the Stars Were Mine” and a five-track EP entitled Live In Paris. In fact, those five selections, including three from the album – “Baby, I’m A Fool,” “The Rain” and the title track – one (“Love Me Like a River Does”) from A Worrisome Heart, plus a cover of the Bill Withers’ classic “Ain’t No Sunshine,” were lifted from a French radio broadcast.

After a further year of recording silence, another deluxe edition of My One and Only Thrill surfaced in the U.K. in late 2010. It looks like the earlier deluxe package, but there are important differences. The “Paris” tracks have been eliminated, replaced by “chill-out” mixes of “Baby I’m A Fool,” “Our Love Is Easy” and “My One and Only Thrill.” But what makes the British set particularly exciting is the inclusion of a 4-track EP, featuring tracks that have surfaced nowhere else (including, at least as of this writing, iTunes).

According to the liner notes, British jazz guitarist David Preston, a close friend (and, as suggested in the notes, paramour) of Gardot’s, flew to meet her in Philadelphia. They spent an entire night talking about the songs they’d both loved all their lives. At 7am, they headed to Morning Star Studios to lay down four tracks. Just Gardot and Preston; voice and guitar.

As an aside, if Preston’s name isn’t familiar to you, it should be. He’s worked with a spectrum of jazz artists, including Curtis Stigers, Claire Martin, Jim Mullen and Martin Taylor, and co-wrote and produced Ian Shaw’s sensational Lifejacket. If you visit Preston’s MySpace page, there is a terrific video of him recording Lennon and McCartney’s “Because” with Gardot at Abbey Road Studios.

The Gardot/Preston EP is an exquisite exercise in arresting, evocative minimalism. They open with a stealthy “Get Out of Town” that, like much of Gardot’s work, sounds like it has been lifted from a 1940s film noir soundtrack. Next is a sweetly pensive “Someday My Prince Will Come” that is shaped of equal parts wishfulness and pent-up desire. Unlike so many performers who paint “Bye Bye Blackbird” too darkly, Gardot and Preston appreciate that it is a tender evocation of home’s familiar comforts and protective warmth. Their interpretation, fragile as a butterfly’s wing yet deeply satisfied, is singularly stunning. They finish with an equally masterful “Summertime” that unfolds like a delicate morning glory slowly awakening to a glorious sunrise.

Even ardent Gardot fans might chafe at spending upwards of $30 on a CD they already own simply to obtain these four elusive tracks. But they are unquestionably worth every cent.

If you’d like to share your comments about Melody Gardot, or have suggestions for future installments of Hearing Voices, please direct your email to [email protected]

Organ trios and quartets were ubiquitous by the mid-1960s. In African American neighborhood bars and clubs up and down the East Coast, throughout the Rust … END_OF_DOCUMENT_TOKEN_TO_BE_REPLACED

Terence Blanchard looked around the restaurant table and launched into a gentle sermon about jazz education in Detroit that was part homily, part pep talk, … END_OF_DOCUMENT_TOKEN_TO_BE_REPLACED

Creating a program of solo piano music is the ultimate challenge for any improvising pianist. The music on my latest album, Ways of Disappearing (Sunnyside), … END_OF_DOCUMENT_TOKEN_TO_BE_REPLACED

First the good news: As you can see in our annual Festival Guide, there are plenty of jazz festivals scheduled to happen around the world … END_OF_DOCUMENT_TOKEN_TO_BE_REPLACED