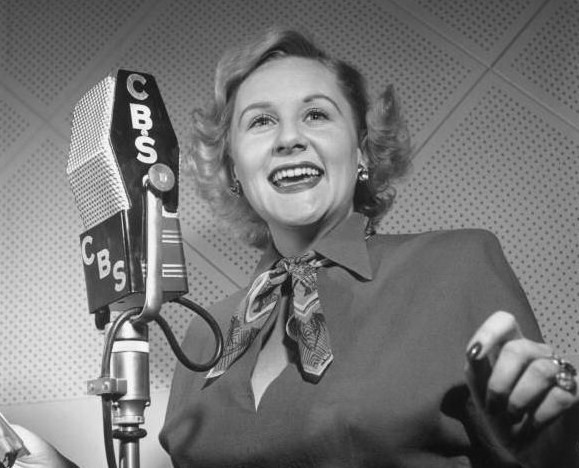 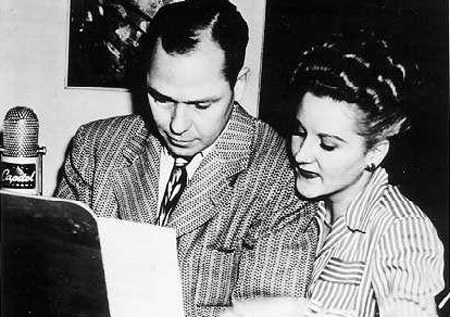 A dozen years ago, I remember being surprised that the passing of Mel Tormé caused barely a ripple. His departure was newsworthy for a day or two, and there were the requisite obits in the New York Times, Wall Street Journal, Washington Post and other noble outlets that still appreciated such seminal, if faded, figures; yet the outpouring seemed pitifully inadequate for one of the greatest jazz vocalists of all time.

But the attention paid to the death of Margaret Whiting, three weeks ago at age 86, made the Tormé trickle seem like a torrent. Granted, Whiting was never as pivotal or prolific a performer as Tormé. Even among the coterie of white songbirds who emerged from the ashes of the big band era as solo stars – Doris Day, Jo Stafford, Peggy Lee, Kay Starr and Dinah Shore – Whiting was the least popular and the least distinctive.

Still, Whiting had a significant impact on the popularization of the Great American Songbook and a decent, even occasionally stellar, career that survived seven decades. The Times, Post and others did, again, rise to the occasion, with solid, if hardly effusive, obits that centered around the same key facts: she was the daughter of popular songwriter Richard Whiting and, after her father’s death, was mentored by Richard’s longtime friend and frequent collaborator Johnny Mercer. When Mercer founded Capitol Records in 1942, Whiting, then age 16, was among the first artists signed to the label, scoring a significant hit with “That Old Black Magic” when teamed, for her debut recording, with Freddie Slack’s orchestra. A long list of chart hits followed, notably “Moonlight In Vermont” (with an uncredited Les Brown), “Far Away Places,” “It Might As Well Be Spring” and, with Mercer, “Baby, It’s Cold Outside.” She also proved popular among country music fans, scoring a string of hit duets with warbler Jimmy Wakely.

Though never as strong a chart performer as Day, Stafford, Lee or Starr, Whiting remained a decent seller of singles straight through the mid-fifties, when she finally parted ways with Capitol. Like her contemporaries, she recorded her fair share of dreck. But there was plenty of cream among the sour milk, including covers of “Guilty,” “Old Devil Moon,” “A Wonderful Guy,” “My Foolish Heart” and “I’ll Walk Alone” that, if not definitive, are unquestionably fine.

Unlike Lee, and to a lesser extent Stafford and Day, Whiting never quite succeeded as an album artist; a significant contributing factor to her comparative obscurity. Between 1950 and 1990 she released a scant 16 albums (not counting Greatest Hits compilations). None were major sellers. Yet there are precious gems among them. Most have, over the years, surfaced on CD, though by the time of Whiting’s departure, few remained in print. (She has fared better on iTunes, where more than half of her album-length output, plus several excellent compilations, is available).

Whiting’s best albums all predate 1962. There were three for Capitol: the stunning EP collection Sings Rodgers and Hart from 1950 (never formally released on CD, though most of the tracks exist on various Capitol collections); 1954’s Love Songs which, though primarily a hits collection, includes terrific renditions of “I’ve Never Been In Love Before” and “He’s Funny That Way;” and 1956’s Songs for the Starry Eyed, conducted by Frank De Vol and featuring “Why Shouldn’t I,” “Like Someone In Love, “I Hadn’t Anyone Till You” and other top-drawer ballads wrapped in distinctly Day-esque arrangements.

In 1957, Whiting moved to Dot and released the underappreciated Goin’ Places, a swinging portfolio of travel-related tunes. Likely because of the popularity of her Wakely duets, Dot next served up a platter of country pop. Simply titled Margaret, the album’s roster of songs is surprisingly excellent, and Whiting is in fine form as she winds her subdued way around “I’m So Lonesome I Could Cry,” “Cold, Cold Heart,” “Your Cheatin’ Heart,” “Anytime” and “Tennessee Waltz.” Whiting’s third and final Dot release, 1960’s Just A Dream is a real rarity. It has never resurfaced in any format.

Toward the end of 1960, Whiting traded up to Verve (at the time, recently purchased by MGM), where she immediately delivered the finest album of her career – the four-sided Sings the Jerome Kern Songbook, conducted by Russ Garcia. Never before or since would Whiting be in better voice – pure, clear and warm throughout – or work with better material or classier arrangements. It helped, of course, that she’d known Kern since childhood and was intimately familiar with her “uncle Jerry’s” entire canon. Whiting’s readings of “Why Was I Born,” “Why Do I Love You,” “All the Things You Are,” “Remind Me,” The Way You Look Tonight” and “You Couldn’t Be Cuter” are among the most dazzling you’ll ever hear. It wouldn’t be a stretch to suggest that her Kern songbook is every bit as superb as the Ella Fitzgerald collection that would follow on Verve three years later.

Also in 1960, Whiting teamed with Verve label-mate Tormé to record a dozen current Broadway tunes. The resultant Broadway Right Now! is not either singer’s finest hour, largely because the material is sub-standard. But there are a handful of notable tracks, particularly Whiting’s solo handling of “Make Someone Happy” and their combined take on “Far Away from Home” and “Angelina” from the Lucille Ball vehicle Wildcat! (Interestingly, their joint version of the show’s rollicking hit, “Hey, Look Me Over” is remarkably lackluster). There was one more Verve album, actually released on the MGM label. Past Midnight again casts Whiting in a Day mold, mixing upbeat numbers like “Sing for Your Supper” and “People Will Say We’re In Love” with such moodier entries as “Twelve Past Midnight” and “Ballad of the Sad Young Men.” Past Midnight isn’t the magnificent achievement that the Kern project is, but is nonetheless distinguished and can rightly be considered that last excellent album of Whiting’s career.

After a long silence, Whiting landed at London Records in 1967 for a trio of mediocre albums that have all, justifiably, been left on the discard pile. Another, longer gap ended in 1980 when, Whiting now established as a respected cabaret performer, she joined Audiophile and added three more albums to her resumé. All are good, if not sparkling, ably showcasing Whiting’s now deeper, darker voice. A final album, for DRG, was released in 1990. A nostalgic revisiting of several early hits, alongside a smattering of contemporary compositions, Then and Now, featuring Gerry Mulligan, it is a fitting adieu to a performer who never quite got her due, yet persevered (longer, in most cases, than her peers) and remained estimable to the very end.

Among the smattering of Whiting obits that did appear a few weeks ago, all committed considerable space to her mentoring by Mercer. Few, however, noted that Whiting herself had served as mentor to, and champion of, dozens of aspiring vocalists throughout the last three decades of her life. Despite her many hits and sustained career, such wholehearted encouragement of emerging talent may well be the biggest contribution Margaret Whiting made to music.

(Note: Among Whiting’s Capitol, Dot and Verve/MGM albums, Love Songs, Songs for the Starry Eyed, Goin’ Places, Margaret and Sings the Jerome Kern Songbook are all currently available on iTunes. Broadway Right Now! with Tormé, and Past Midnight were recently re-released on CD in Japan and are available from Amazon. Among her late-career albums, only Then and Now is listed on iTunes.)

If you’d like to share your comments about Margaret Whiting, or have suggestions for future installments of Hearing Voices, please direct your email to [email protected]

Organ trios and quartets were ubiquitous by the mid-1960s. In African American neighborhood bars and clubs up and down the East Coast, throughout the Rust … END_OF_DOCUMENT_TOKEN_TO_BE_REPLACED

Terence Blanchard looked around the restaurant table and launched into a gentle sermon about jazz education in Detroit that was part homily, part pep talk, … END_OF_DOCUMENT_TOKEN_TO_BE_REPLACED

Creating a program of solo piano music is the ultimate challenge for any improvising pianist. The music on my latest album, Ways of Disappearing (Sunnyside), … END_OF_DOCUMENT_TOKEN_TO_BE_REPLACED

First the good news: As you can see in our annual Festival Guide, there are plenty of jazz festivals scheduled to happen around the world … END_OF_DOCUMENT_TOKEN_TO_BE_REPLACED