Skip to content
Become a member and get exclusive access to articles, live sessions and more!
Start Your Free Trial
Home > Features > Mardin Magic: A Tribute to Producer Arif Mardin 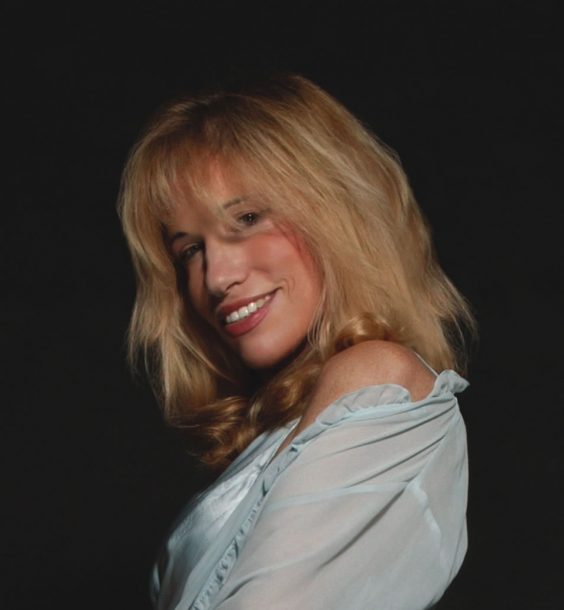 Unintentionally of course, Arif Mardin crafted his own eulogy. Naturally, given Mardin’s stature as arguably the most accomplished arranger/producer of the past half-century – the genius responsible for everything from Dusty Springfield’s landmark Dusty In Memphis to Barry Gibb’s career-altering falsetto, the stratospheric launch of the Average White Band and the equally meteoritic blast-off of Norah Jones – it is shaped of music. Mardin aptly referred to what would ultimately become All My Friends Are Here (NuNoise Records) as his “life’s work.” Begun in 2005 and completed by his son and co-producer Joe after Mardin’s death, in June 2006 at age 74 of pancreatic cancer, it is an incomparably rich, atmospheric celebration of all aspects of the 12-time Grammy winner’s vibrant life and career. Indeed, it is not too early to cite All My Friends Are Here as a prime contender for album of the year honors.

Mardin wrote or co-wrote all but one of the album’s 13 tracks. Some, like the exquisitely romantic “Longing for You” (written when Mardin was 23 as a ode to his then fiancée Latife) date back decades. Others are brand new. To perform this heady potpourri of songs, father and son assembled more than a dozen of the artists whose careers Mardin launched and molded, including Bette Midler, Norah Jones, Raul Midón, Barry Gibb, Chaka Khan, Danny O’Keefe, the Average White Band, Daryl Hall and Felix Cavaliere.

All My Friends Are Here opens with the album’s only non-Mardin composition. Co-written by Bette Midler and Marc Shaiman, “The Greatest Ears In Town” is a rousingly upbeat, biographical number performed by Midler, with a little backing assistance from Barry Gibb. Done in a style best described as ‘Istanbul swing,’ it traces Mardin’s Turkish roots, his arrival in New York in the late 1950s, his lifelong passion for jazz (and martinis, or “mardinis,” as he called the potent concoctions that were his specialty) and his emergence as a hit- and star-making mastermind at Atlantic Records and, briefly, for EMI. The tempo slows for the misty “So Blue,” the first track recorded for the album, featuring Chaka Khan and David Sanborn. Mardin did not live long enough to hear Nicki Parrot record the slyly seductive, Lee Wiley-esque “No Way Out,” accompanying herself on bass, but he did leave detailed instructions for the slinky, noirish arrangement.

Though Mardin worked with dozens of artists, he personally signed only one, Raul Midón. The blind vocalists/guitarist’s acclaimed 2005 album, State of Mind, was one of Mardin’s final projects prior to All My Friends Are Here. Here, Midón delivers a haunting reading of Mardin’s shimmering “Goodbye to Rio.” Two years prior to his discovery of Midón, Mardin did a brilliant job of placing Dianne Reeves in gorgeously minimalist acoustic settings for the petal-soft A Little Moonlight. He takes a similarly tender approach with Reeves’ cloudily melancholy “No One.”

Mardin’s swirling “So Many Nights,” bordering on madness with its sinister Phantom of the Opera overtones and sly references to David Raksin’s “Laura” and Bernard Hermann’s “Jennie’s Theme,” serves as an inspired showcase for Danny O’Keefe intoxicatingly chafed rasp. “So Many Nights” provides an ideal introduction to All My Friends‘ most striking cut, “Calls a Soft Voice.” Also the album’s most deeply personal track, it examines the fogged condition of Mardin’s mother during her final years. Carly Simon’s performance, caught in the restless state between dream and nightmare, is nothing short of magnificent.

Norah Jones, in the estimable company of Joe Lovano and Jon Faddis, delivers a finely mellow “Longing for You” that is equal parts wistful pining and wishful fantasizing. Amy Kohn, whom Mardin dubbed “musical devil in a red dress,” lives up to her soubriquet with a brilliantly murky one-woman play set to the tune of “Dual Blues,” complete with femmes fatale and vice cops. Dr. John, whom Mardin befriended in the 1970s, is in exceptional form, growling his way through the angularly atonal “Chez Twang’s,” a dazzling, shake-off-the-funeral-rags salute to New Orleans. Saturday Night Live music director Katreese Barnes leads a loping, sensuous “Lonestar Blues,” featuring Mardin on piano and built around an astounding, down ‘n’ dirty Willie Nelson guitar solo.

Finally, Hall and Oates, Barry and Robin Gibb, Felix Cavaliere, Phil Collins, Donny Hathaway’s daughter Lalah, Cissy Houston, Randy Brecker and members of the AWB unite for a chanting treatment of the celebratory title tune. But one track remains. It is Mardin, alone at the piano just two months before his demise, making the most graceful and understatedly profound of exits, tiptoeing out to the gentle, somber yet sweet strains of “Wistful.”

Joe Mardin has also produced a companion DVD entitled The Greatest Ears In Town. Tracing Mardin’s life from his aristocratic youth in Istanbul to his career-capping success with Norah Jones, it interweaves home movies, vintage performance video and reminiscences from Atlantic Records’ cofounder Ahmet Ertegun, Aretha Franklin, Phil Collins, Bette Midler, Daryl Hall, Carly Simon, Dianne Reeves, Marc Shaiman, Jones and at least a dozen other luminaries with track-by-track footage of the recording of All My Friends Are Here. The documentary has already earned accolades at film festivals around the globe and Joe Mardin is currently seeking a DVD distributor. Here’s hoping he locates one soon. For glorious as the album is – and it truly is the master’s masterpiece – it is that much more magical when paired with the film.

If you’d like to share your comments about Arif Mardin or want to send along ideas for future installments of Hearing Voices, you can reach me at [email protected]

Organ trios and quartets were ubiquitous by the mid-1960s. In African American neighborhood bars and clubs up and down the East Coast, throughout the Rust … END_OF_DOCUMENT_TOKEN_TO_BE_REPLACED

Terence Blanchard looked around the restaurant table and launched into a gentle sermon about jazz education in Detroit that was part homily, part pep talk, … END_OF_DOCUMENT_TOKEN_TO_BE_REPLACED

Creating a program of solo piano music is the ultimate challenge for any improvising pianist. The music on my latest album, Ways of Disappearing (Sunnyside), … END_OF_DOCUMENT_TOKEN_TO_BE_REPLACED

First the good news: As you can see in our annual Festival Guide, there are plenty of jazz festivals scheduled to happen around the world … END_OF_DOCUMENT_TOKEN_TO_BE_REPLACED