Skip to content
Become a member and get exclusive access to articles, live sessions and more!
Start Your Free Trial
Home > Features > Maceo Parker: A Memoir Excerpt from a Master of Funk 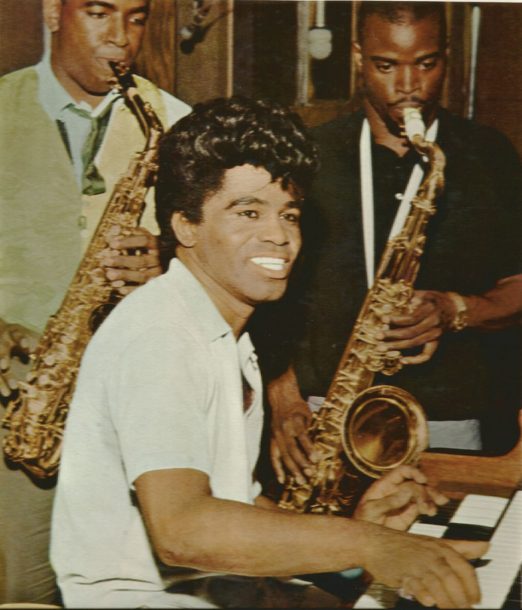 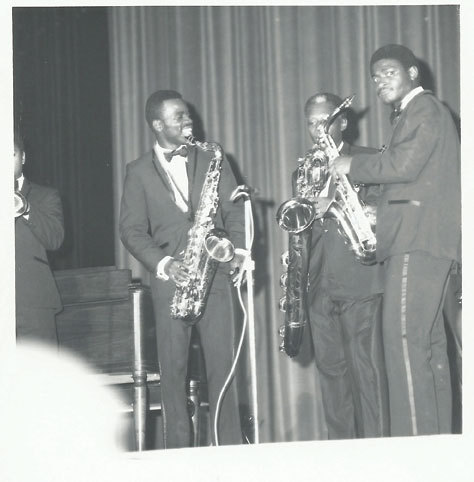 A successful bandleader and a veteran of Parliament, Prince’s band and, of course, James Brown’s band during the icon’s heyday of the 1960s and ’70s, saxophonist Maceo Parker is funk incarnate. In this exclusive excerpt from his new autobiography, Parker, now 70, recalls his introduction to the Brown group in 1964, a career-igniting move made possible by his drummer brother, Melvin.

On the day that James Brown finally came to North Carolina, we got up early and didn’t tell anyone in the house we were leaving. We rode over to the Coliseum in the car our dad had given us and drove around the perimeter of the building for a while until we spotted the buses. After a while a long, black limo pulled up, and we knew that had to be the man, so we parked the car and hustled over. When James finally stepped out of the car, I was struck by how he carried himself. He was impeccably dressed and made up; his hair was processed and perfectly styled. He was a short man, only about five-foot-six, but he wore heels that gave him another inch or two. He carried himself as though he were royalty, which in a way I suppose he was.

Melvin approached him first and reintroduced himself as the drummer James had met at the El Rocco [a North Carolina club]. James recognized him right away and became really excited. He threw his arm around Melvin and started introducing him around, saying, “Hey, remember that kid drummer I was telling you about? Well, this is him. This is Melvin Parker.”

I was so proud of my brother; I almost couldn’t believe the way James was fawning all over him. I followed closely behind them, careful not to lose them in the shuffle. It was obvious Melvin was in, and I didn’t want to miss my chance. After a few more introductions, Melvin reminded James of his offer of a job if Melvin weren’t in school. James, true to his word, hired him on the spot. I gave a little cough to remind Melvin that I was still there, and he pulled me over and introduced me to his new boss.

“Mr. Brown, I’d like for you to meet someone,” he said. “This is my brother Maceo, and he’s a great saxophone player. He needs a job, too.”

James’ eyes kind of narrowed and he looked me over, then looked back over to Melvin, who had this look on his face that suggested he might not join the band if James didn’t hire me as well.

“I don’t really need a saxophone player,” James said slowly, almost to himself. “Let me ask you something,” he said, seeming to reconsider. “Do you play the baritone?” James’ previous baritone player, Leroy Fleming, had recently been drafted, and he needed someone to take his place.

Now, I knew there was only one right answer to this question. I pictured myself answering “no,” and I could see the conversation ending right then and there. I wasn’t ready for that, so I gave the only answer I could to keep things going.

He could have asked me if I played the saxophone standing on my head, and I would have still answered the same. This wasn’t an outright lie, because I had played a little baritone sax in high school during the Christmas holiday. Still, it was a bit of a stretch.

Then James asked if I owned a baritone sax, to which I replied with an equally hesitant, “Err … yes.” He could obviously tell I was bending the truth a little and just smiled.

“I’ll tell you what,” he said, after thinking it over for a second. “If you can get a baritone sax, then you can have a job, too.”

I stood there in complete shock and disbelief for a second. I couldn’t believe what I’d just heard. At the end of that sentence, my brother and I were members of James Brown’s band! To make it official, James shook our hands and sealed the deal-we were hired. Both of us. I wasn’t excited about playing baritone necessarily, but I figured with a little patience I might get the chance to show what I could do on tenor someday.

Organ trios and quartets were ubiquitous by the mid-1960s. In African American neighborhood bars and clubs up and down the East Coast, throughout the Rust … END_OF_DOCUMENT_TOKEN_TO_BE_REPLACED

Terence Blanchard looked around the restaurant table and launched into a gentle sermon about jazz education in Detroit that was part homily, part pep talk, … END_OF_DOCUMENT_TOKEN_TO_BE_REPLACED

Creating a program of solo piano music is the ultimate challenge for any improvising pianist. The music on my latest album, Ways of Disappearing (Sunnyside), … END_OF_DOCUMENT_TOKEN_TO_BE_REPLACED

First the good news: As you can see in our annual Festival Guide, there are plenty of jazz festivals scheduled to happen around the world … END_OF_DOCUMENT_TOKEN_TO_BE_REPLACED