Skip to content
Become a member and get exclusive access to articles, live sessions and more!
Start Your Free Trial
Home > Features > Listening to On the Road 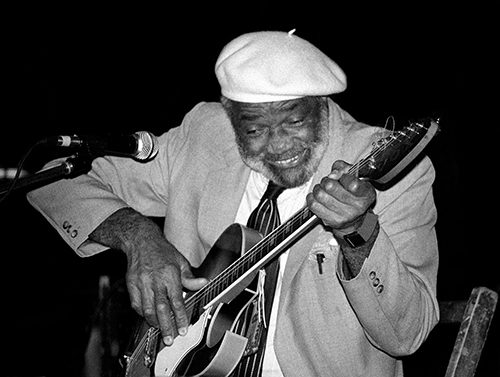 2012 was a big year for old Jack Kerouac, the bebop poet whose prose rode the crest of the postmodernist wave all the way back to the shores of pre-Vietnam America. First, Da Capo published The Sea Is My Brother. Written in 1943, this novel would have been the Beat bard’s debut, being completed just before The Town and the City (Harcourt Brace, 1950). The new film adaptation of Jack Kerouac’s Beat Generation bible On the Road, directed by Walter Salles, hits theaters in the U.S. in December. One perfectly smart question is: How does one go about soundtracking such a film in which jazz culture and music are as pivotal to the story’s mood and plot as the writing itself?

Featuring cameos by and mentions of some of jazz’s great legends of the day, the prose in the manuscript is obsessed with the music, evoking the rhythm and spontaneity of jazz and showing Kerouac’s fascination and envy of African-American culture. Among other examples is protagonist Sal Paradise’s love for listening to the classic bebop radio disc jockey, Symphony Sid.

Lynn Fainchtein, who served on the film as music supervisor, describes her role as working with the film’s director, “choosing the songs and selecting the songs in the script.” She also handled much of the business, “making the clears among publishers and labels.”

The scoring for the film was done by Gustavo Santaolalla, who scored The Motorcycle Diaries (2004) and Brokeback Mountain (2005), and has worked with Fainchtein many other times, especially on Latin American productions. “I have been directly working with him for many years. He is a dear friend,” she says. “We only had eight to 10 songs [on the soundtrack CD],” however, she continues, “We have 34 in the film [itself], plus Gustavo.”

Slim Gaillard, the mysterious guitar player, has a pivotal cameo in the book. There is a scene in the book when Slim is spotted by the protagonist and the narrator, Dean and Saul, in a San Francisco nightclub and he is banging on bongos with divine intensity, occasionally removing his shirt and hollering. In conversation, the musician finishes his words with the suffix “orooni.”

Fainchtein says, “Slim is maybe the most important musician in the whole story. Once you treated the music in the book itself, then there is this character. There is the humor among friends. Which were the artists most important to the book? Slim Gaillard!”

Fainchtein continues to say that she was thrilled to select tracks by Ella Fitzgerald, Charlie Parker, Lester Young and Billie Holiday, among others. However, not all of these songs will be on the CD.

“It is difficult to speak without seeing the film,” says Fainchtein. “When you read the book it was a trip between the music and the writing, but also you experience so many emotions of the age, and I think the film is true to the book.”

The actual film soundtrack is as follows:

“Disorder at the Border”
Performed by: Coleman Hawkins & His Orchestra
Written by: Coleman Randolph Hawkins

“I’ve Got the World on a String”
Performed by: Ella Fitzgerald, Quincy Jones & His Orchestra
Written by: Harold Arlen and Ted Koehler

“I Used to Love You (But It’s All Over Now)”
Performed by: Bing Crosby
Written by: Lew Brown, Sonny Curtis, Albert Von Tilzer

“A Sailboat in the Moonlight”
Performed by: Billie Holiday
Written by: John Jacob Loeb And Carmen Lombardo

“Buttons and Bows”
Performed by: The Dinning Sisters
Written by: Jay Livingston and Raymond B. Evans

Several years ago, one of Danilo Pérez’s students was suffering from tendinitis. Pianist Pérez was then a professor at the New England Conservatory; his student, … END_OF_DOCUMENT_TOKEN_TO_BE_REPLACED

As a JazzTimes writer, I can talk about the powers of a dynamic drummer until I’m blue in the face: the weight of each tom-tom’s … END_OF_DOCUMENT_TOKEN_TO_BE_REPLACED

There are certain works of art with which I wish I could have a conversation, so that I might express my gratitude for them. I … END_OF_DOCUMENT_TOKEN_TO_BE_REPLACED