Skip to content
Become a member and get exclusive access to articles, live sessions and more!
Start Your Free Trial
Home > Features > Lady Day and Her Pres: A Sublime Pairing 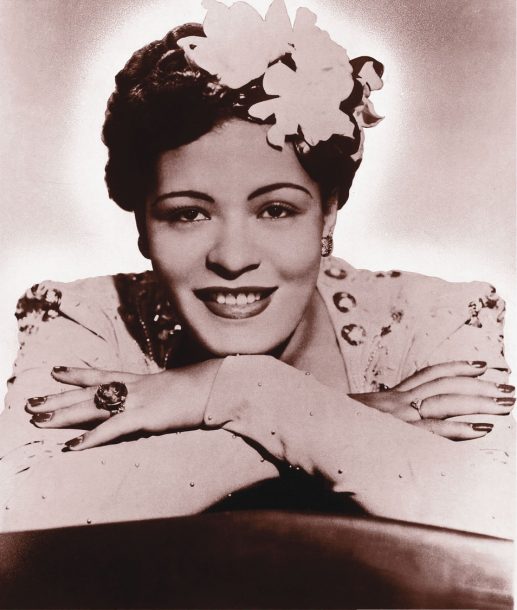 Artistic collaboration can produce wonders. Consider the work of the Beatles; Laurel and Hardy; Miles Davis and Gil Evans; Astaire and Rogers; Picasso and Braque.

Or consider the sublime collaboration of Billie Holiday and Lester Young.

For many, Billie Holiday (1915-1959) is the purest, most distilled of all jazz singers. (Yet who could live without Ella and Sarah? Not to mention Carmen and Shirley?) After making her recording debut as an 18-year-old on November 27, 1933, Holiday by 1935 had already achieved her supreme innovation: using her voice as an added and valid instrument within a jazz band. For those who only know her as the ravaged-but-still-standing survivor of her 1950s work, Holiday’s 1930s recordings are a revelation: bright, sassy, fun music bursting with optimism as well as earned wisdom.

Tenor saxophonist Lester Young (1909-1959) rejected the muscular, harmony-drenched Coleman Hawkins style for his own light, airy, gorgeous universe. Young Lester was forced to resign from the Fletcher Henderson Orchestra for refusing to be a Hawkins clone; in fact, recalled Young, Henderson’s wife Leora “would wake me early in the morning and play Hawkins’s records for me so I could play like he did. I wanted to play my own way, but I just listened.” Says Douglas Henry Daniels in his biography Lester Leaps In (Beacon Press, Boston, 2002): “Because of his unique, unHawkins-like tone, Young was ostracized and resented by the {Henderson} musicians during the few months he was with the band, from spring to summer 1934.”

A complex, sensitive soul, Young was the ultimate poet-as-hipster, viewing the world through heavy-lidded eyes beneath a pork-pie hat. The creator of his own slangy language, Young is believed to be the one who dubbed New York City the “Big Apple.” He called everyone, male or female, “lady.” If he loved anything, he had “eyes” for it. (Really loving something called for “bulging eyes”: “I have bulging eyes for your playing, Lady Getz.”) Heroin addicts were “needle dancers.” “Feeling a draft” from a “gray boy” meant sensing bigotry from a white man. Sadly, Lester knew what it was to feel a draft—especially during his spell in Uncle Sam’s Army.

Holiday and Young were best pals and platonic lovers. He dubbed her “Lady Day” and she, in turn, called him “Pres”—the President of the Tenor Saxophone. The music they made will last forever.

Billie was an illegitimate child, as was her mother, Sadie. By 1934 the two shared an apartment on 9 West 99th Street where Sadie, a superb cook, ran a downstairs restaurant. Pres, still with Fletcher Henderson, needed a home and Holiday invited the shy, sensitive tenorman to move in with her and her mother.

“I came to New York in 1934,” said Young (as quoted in Stuart Nicholson’s biography Billie Holiday, Northeastern University Press, Boston, 1995). “I used to live at her house, with her mother, ’cause I didn’t know my way around. She taught me a lot of things.”

One can picture the two of them rehearsing in a hot Harlem kitchen, the sounds of automobile horns and occasional sirens floating up from the street. However, the world would have to wait until January 25, 1937 for Billie Holiday and Lester Young to first record together in a Manhattan studio (at 1776 Broadway).

The date was historic for another reason: on this day future Count Basie guitarist Freddie Green first played with his “All American Rhythm Section”-mates Walter Page (bass) and Jo Jones (drums). Considering this lineup of jazz immortals, ’tis a pity the remaining musicians were so obscure: Teddy Wilson on piano; Buck Clayton on trumpet; and Benny Goodman on clarinet!

John Hammond, who had engineered Billie’s first session in 1933 (and who, in his frankly unbelievable career, would record Bessie Smith and discover Aretha Franklin; Bob “Hammond’s Folly” Dylan; and Bruce Springsteen!), was behind the boards.

Four songs, later released on two 78 rpm discs under the name of “Teddy Wilson & His Orchestra,” were recorded that day.

Irving Berlin’s “He Ain’t Got Rhythm”—written for a now-forgotten Hollywood musical—is transformed by a young, zestful Billie. Floating slightly behind the beat, Pres’ short solo is only a taste of what is to come.

Berlin’s “This Year’s Kisses” is next and, in the words of Michael Brooks: “From the instant we hear Teddy Wilson’s introduction we sense that something unusual and exciting is about to happen. Lester’s solo is a masterpiece and Billie picks up the torch, giving the song such life and meaning that Berlin must have wept for joy when he heard it.” Billie’s sweet, yearning voice—she was only 21—belies her image as a purely Gloomy Sunday-esque singer.

“Why Was I Born?” is led by Buck Clayton’s muted trumpet. Pres hovers in the background, accompanying and even anticipating Billie’s vocal like “a consoling lover breathing gently into his beloved’s ear” (Brooks). The musical communication between the two approaches the paranormal.

The last of the day’s numbers is one of Lady Day and Pres’ masterpieces: “I Must Have That Man.” Let’s allow Mr. Brooks to speak: “Billie delivers (the song) with classic simplicity, her vocal style the musical equivalent of the Chanel little black dress, sexually embellished with a feral growl near the end of her solo. And if this wasn’t enough, Lester, the Nijinsky of the saxophone, floats into the spotlight and the jazz solo is never quite the same again.” Back in Kansas City, a teenage Charlie Parker was surely lifting the stylus again and again, studying and absorbing the lessons of Professor Pres.

So there you have it: The first meeting of two of the greatest musical artists of the Twentieth Century. One can only imagine what Billie and Lester did after the session. Perhaps they stood on a cold Manhattan street corner, their breath billowing above them, stamping their feet, trying to hail a cab. Perhaps they huddled together in a cozy Harlem tavern, toasting their collaboration with two glasses of gin. Did they even realize the magic they had created on this January day?

Pres and Lady would next meet in the studio on May 11, 1937, in a session that also included Teddy Wilson, Buck Clayton, clarinetist Buster Bailey, and that angel of the alto, Johnny Hodges. Ah, but that’s another column in itself.

Several years ago, one of Danilo Pérez’s students was suffering from tendinitis. Pianist Pérez was then a professor at the New England Conservatory; his student, … END_OF_DOCUMENT_TOKEN_TO_BE_REPLACED

As a JazzTimes writer, I can talk about the powers of a dynamic drummer until I’m blue in the face: the weight of each tom-tom’s … END_OF_DOCUMENT_TOKEN_TO_BE_REPLACED

There are certain works of art with which I wish I could have a conversation, so that I might express my gratitude for them. I … END_OF_DOCUMENT_TOKEN_TO_BE_REPLACED