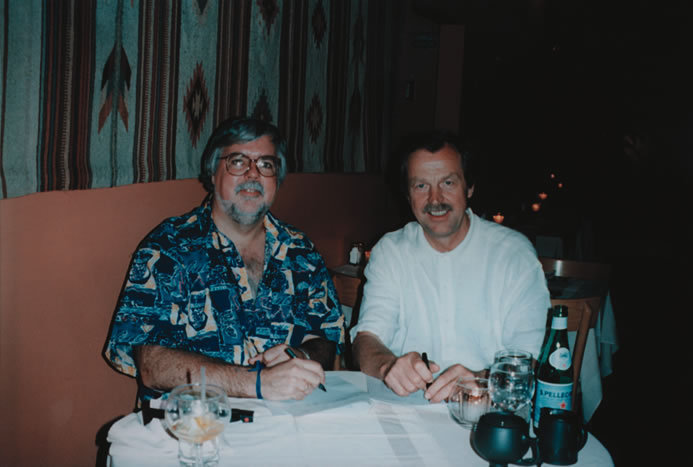 During his 17 years as a top executive at Warners—10 years as head of WEA’s affiliate in Germany and seven more as WEA’s European President—Siegfried Loch was suppressing a hidden urge to produce records. “If you run such a complex organization you just can’t,” he says. “That’s the downside of such a job and that’s the reason why I left it; to do what I wanted to do all the time, which is have my own label and be back in the studio to do all these things.”

Since starting up ACT Records in 1993, Loch has been able to get back in touch with the creative side of the music business. “I chose the name ‘ACT’ because it means ‘performer,’ says Siggi. “And after all, the performer is the most important element in the whole creative process.”

Loch actually broke into the business as a producer and jazz label manager for Philips from 1962 to 1966. His early credits include recordings by George Gruntz, Jean-Luc Ponty, Klaus Doldinger and Attila Zoller as well as pop records by Spencer Davis, Jerry Lee Lewis and the Searchers. His mission at ACT is to not only expose under-recognized talent throughout Europe and the States but also to instigate ambitious collaborations involving American and European jazz artists with various ethnic musicians.

Loch says that rather than just signing existing bands to record their own well-worn material, he is more interested in proposing concepts and artistic collaborations that might challenge the artist. “I just really want to work with the artist to create something different. And that requires certain individuals with interest in that kind of dialogue. Some artists aren’t interested in dialogue. All they want is somebody who can give the cash to make their own record and support them into touring and that’s that. But that’s not what I want. I want to involve myself in these recordings and also come up with interesting challenges and concepts. That’s what a producer should do, I think…pose some interesting questions and see what the artist is interested in bringing to fruition. So that’s what ACT is all about. It’s a very interactive situation between me and the artist.”

Loch came under the spell of jazz at the age of 15 when he saw a Sidney Bechet performance in Hanover, Germany. “That just changed my life,” he recalls. “I became first a Sidney Bechet fan and then I realized the beauty of this music and I got very much into it by trying to play it and by collecting records. Today I am very open to every kind of music that is spontaneous, that is emotional, that has freedom for the artists to communicate. Jazz, for that reason, is the most important music for me.”

Steve Lacy was once a brilliant bebop player. Yet conventional wisdom says the opposite. Many have long argued that a key to the innovative soprano … END_OF_DOCUMENT_TOKEN_TO_BE_REPLACED

What is a jazz film? Does it have to be a film about jazz and the people who play it? Or can it also be … END_OF_DOCUMENT_TOKEN_TO_BE_REPLACED

Films that tell stories about jazz open a revealing window on the place and perception of the music within popular culture. See Kevin Whitehead’s compelling … END_OF_DOCUMENT_TOKEN_TO_BE_REPLACED

Sponsored When he titled his 1959 album The Shape of Jazz to Come, Ornette Coleman probably didn’t expect that shape to be a familiar one. … END_OF_DOCUMENT_TOKEN_TO_BE_REPLACED