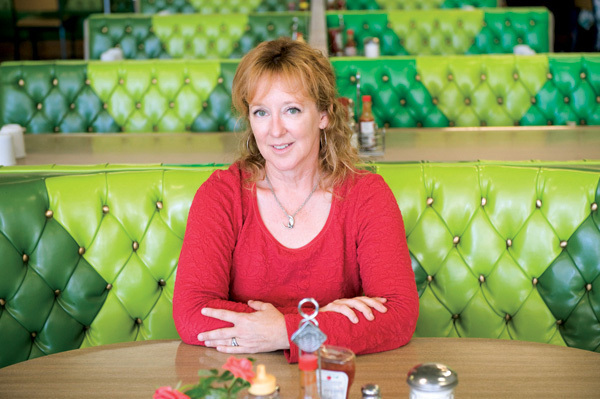 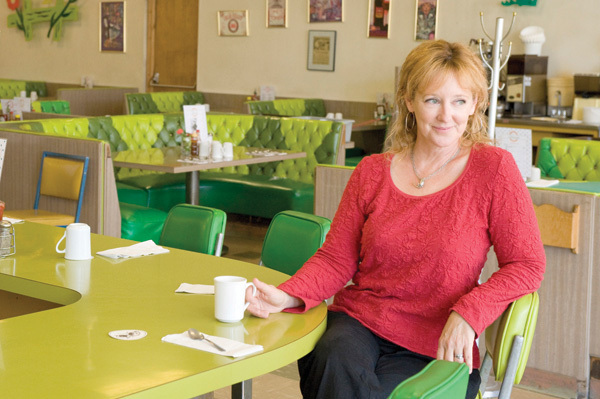 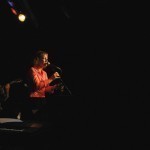 Great big talent, much too small a pond. Her name is Karen Marguth, one of the finest American jazz vocalists you’ve likely yet to discover. For years, Marguth has been polishing her pristine pipes in and around her adopted hometown of Fresno, headlining a Thursday night residency at the local Landmark club and hosting “The Vocal Hour,” a weekly radio show for Fresno’s KFSR. Lucky Fresno-ites. Now, with the release of her latest, eponymous album, it’s high time that Marguth advanced to her rightful place on national and international stages.

Fine as her previous recordings are, Karen Marguth elevates her to the plateau of Diana Krall, Jackie Ryan and Carolyn Leonhart. Though Marguth again favors standards, the playlist is fresh with intriguing twists and turns. The first thing listeners will notice, beyond the crystalline beauty of Marguth’s voice, is the unique backing from Espacio, a four-member California band comprising bassist Kevin Hill, drummer Nathan Guzman, guitarist Mike Taylor and mandolinist Eva Scow (whose outstanding contributions to Anthony Wilson’s Power of Nine and her terrific duo album, Sharon By the Sea with guitarist Dusty Brough, are also worth searching out).

Eight of the album’s 15 tracks feature Marguth with the entire Espacio ensemble. They get things off to a lively start with Chris Caswell and Sam Jones’ “Give Me a Break (Unit 7),” a bracing kiss-off from a fed-up lover that vocal fans might recognize from Karrin Allyson’s 2006 recording, on Footprints. The band’s “Limehouse Blues” provides a shimmering introduction to Marguth’s saucy, hip-swiveling “Sister Sadie.” The heat intensifies several degrees on Cuban maestro Miguel Matomoros’ “Lagrimas Negras,” a sizzling showcase for Marguth’s flawless Spanish. Ellington’s “Day Dream” comes wrapped is wistful softness, as does the album-closing “The Nearness of You.” Marguth’s achingly tender reading of the Jackie Allen heartbreaker “Admit It” rivals Allen’s original, and Espacio gets to show off its nimble funkiness on a joyously unfettered “Exactly Like You.”

An additional six tracks find Marguth is the sole company of bassist Hill, including a soaring, swooping amalgamation of “Blackbird” and “Bye Bye Blackbird,” a vigorously blissful “Happy As the Day Is Long,” a bouncy romp through the bop classic “In the Land of Oo-Bla-Dee” and an arrestingly inventive “All of Me” alternately driven by Hill’s exceptional slapping and strumming. But the best of the Marguth-Hill tracks is “I Like Me When I’m With You,” a sunny, vibrant ode to romantic contentment crafted by underappreciated west coast humorist and musician Jason Jurzak.

Rounding out the album, Marguth teams with Scow for a delightful “Everything Happens to Me” that, with its jaunty, jangly mandolin through line, perfectly captures the self-pitying playfulness of the Matt Dennis/Tom Adair gem.

From start to finish, Karen Marguth is a masterful accomplishment that represents the mating of singer and bandmates at its most sublimely satisfying. It deserves to be counted among the year’s standout vocal albums. Here’s hoping it gets Marguth the sweeping attention she so richly deserves.

If you’d like to share your comments about Karen Marguth or have suggestions for future installments of Hearing Voices, you can reach me at [email protected]

Organ trios and quartets were ubiquitous by the mid-1960s. In African American neighborhood bars and clubs up and down the East Coast, throughout the Rust … END_OF_DOCUMENT_TOKEN_TO_BE_REPLACED

Terence Blanchard looked around the restaurant table and launched into a gentle sermon about jazz education in Detroit that was part homily, part pep talk, … END_OF_DOCUMENT_TOKEN_TO_BE_REPLACED

Creating a program of solo piano music is the ultimate challenge for any improvising pianist. The music on my latest album, Ways of Disappearing (Sunnyside), … END_OF_DOCUMENT_TOKEN_TO_BE_REPLACED

First the good news: As you can see in our annual Festival Guide, there are plenty of jazz festivals scheduled to happen around the world … END_OF_DOCUMENT_TOKEN_TO_BE_REPLACED