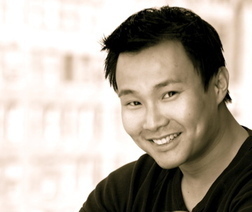 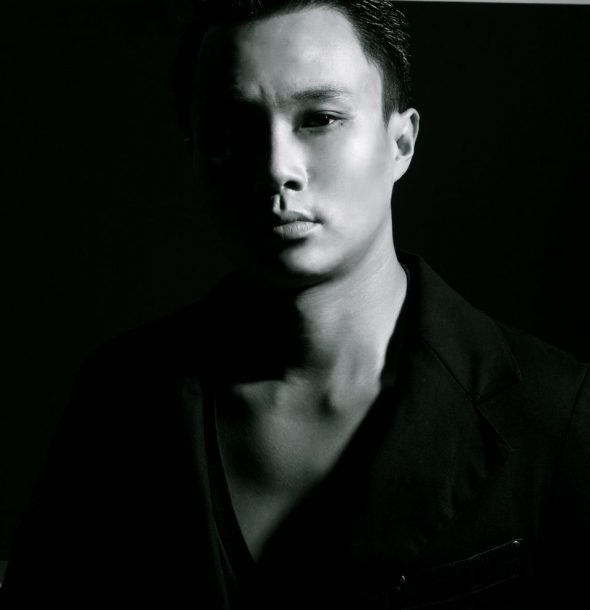 Having occupied the enviable position of vocal jazz critic for JazzTimes for nearly a decade, the claim that I’ve heard just about everything seemed safely legitimate. Until, that is, the latest album from Julian Yeo crossed my desk. After an initial spin of Yeo’s self-produced Deep Purple Dreams, I had to wonder if he is intentionally toying with us. I immediately thought of music reviewers from a half-century ago who were left dumbstruck by the sheer dreadfulness of 1957’s The Original Piano Artistry of Jonathan Edwards, Vocals by Darlene Edwards, unaware that the tone-deaf husband-and-wife lounge act was actually Paul Weston and Jo Stafford turning their favorite parlor trick into an album-length comedic tour de force. Was Yeo clever enough to pull off a similarly cunning deception? (Actually, the ‘clever’ part isn’t debatable. Yeo earned both a Master of Finance degree and a PhD from the University of Melbourne in his native Australia. Between vocal gigs, he toils as an Assistant Professor at Manhattan’s Columbia Business School).

I’ve heard Yeo sing before. He calls himself a “retro-jazz vocalist with a ‘new-old’ approach,” a description that aptly summarizes his slight Ivor Novello-meets-the-young-Crosby style of crooning. His range is somewhat limited, but his phrasing is full and polished and his appreciation for vintage Tin Pan Alley tunes is heartfelt. His previous albums won’t have caused Tony Bennett to lose any sleep, but they ably serve up classy renderings of time-honored standards.

The first clue that there was something unusual about Deep Purple Dreams was a head-scratching notation on the back cover that read, “The singer? He owns the club. And vampires know a thing or two about night life…” A bit of Google sleuthing revealed that Yeo, when once asked by a radio interviewer what character he would most like to portray, replied that his fantasy was to be a vampire who traveled the world singing in nightclubs. The twisted tale continues in Andrew Willet’s liner notes, which tell of a mythical Shanghai club called the Bitter Melon (which, incidentally, is popular among sallow Russians), a doomed romance between Yeo and the joint’s otherworldly proprietor, Yelena, and a subsequent nomadic life filled with creaky jazz tunes, gourmet meals and the occasional, bloodthirsty reunion with his ageless ex.

But I didn’t read the notes until after listening to the disc. So, I chalked up the opening track, a lifeless “No Moon At All,” performed in the flattest of monotones, to simply misguided interpretation. The same inertia plagued the next track, a hollow “Close Your Eyes.” Next up was “Whatever Lola Wants,” a tune for which even the most enervated of singers could find a pulse, again presented in dirge-like fashion. As the trend doggedly continued through “How Insensitive,” “Deep Purple,” “Love for Sale” and “September Song” as well as such difficult-to-deaden selections as the sizzling “Quizas, Quizas, Quizas,” the equally scorching “Too Darn Hot” and the breezy “Let Yourself Go.” It was as if Boris Karloff and Bela Lugosi had replaced Novello and Crosby as influences. Finally, a hint that Yeo was calculatedly up to something was revealed in the opening line of the final track. “If it takes forever, I will wait for you,” he drones, a sentiment the undead would delightedly take to, um, heart.

Following a second spin of the disc and a read of Willet’s eerie essay, I finally twigged to how clever Yeo’s concoction is. Closer attention reveals multiple clues that this a deliberate homage to vampiric lust. There’s the moonless night of the opening track, the Satan’s-little-helper theme that underscores Damn Yankees‘ “Whatever Lola Wants,” the icy, emotionless rebuke of “How Insensitive,” vampires’ penchant for deep shades of purple and the reckless abandonment to romantic urges that propels “Let Yourself Go.” Even “On a Slow Boat to China” hints at setting sail from Shanghai to pursue centuries of globetrotting desire.

Still, one question remains. Why would Yeo pursue so offbeat a project? Perhaps he is making a subtle statement about the Twilight fever that continues to plague pop culture. Or maybe he just has a thing for creatures of the night. Either way, Deep Purple Dreams is, like the Jonathan and Darlene Edwards oeuvre, an intriguing oddity. It may not be the stuff of sustained listenability, but is definitely an astute exercise in bizarro creativity.

If you’d like to share your thoughts on Julian Yeo, or have ideas or suggestions for future installments of “Hearing Voices,” I invite you to email me at [email protected]

Organ trios and quartets were ubiquitous by the mid-1960s. In African American neighborhood bars and clubs up and down the East Coast, throughout the Rust … END_OF_DOCUMENT_TOKEN_TO_BE_REPLACED

Terence Blanchard looked around the restaurant table and launched into a gentle sermon about jazz education in Detroit that was part homily, part pep talk, … END_OF_DOCUMENT_TOKEN_TO_BE_REPLACED

Creating a program of solo piano music is the ultimate challenge for any improvising pianist. The music on my latest album, Ways of Disappearing (Sunnyside), … END_OF_DOCUMENT_TOKEN_TO_BE_REPLACED

First the good news: As you can see in our annual Festival Guide, there are plenty of jazz festivals scheduled to happen around the world … END_OF_DOCUMENT_TOKEN_TO_BE_REPLACED