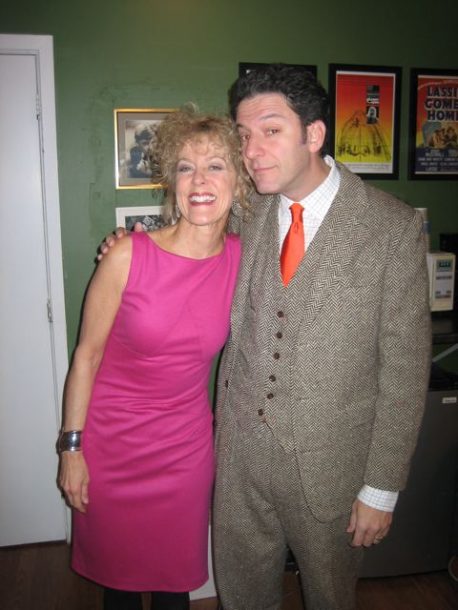 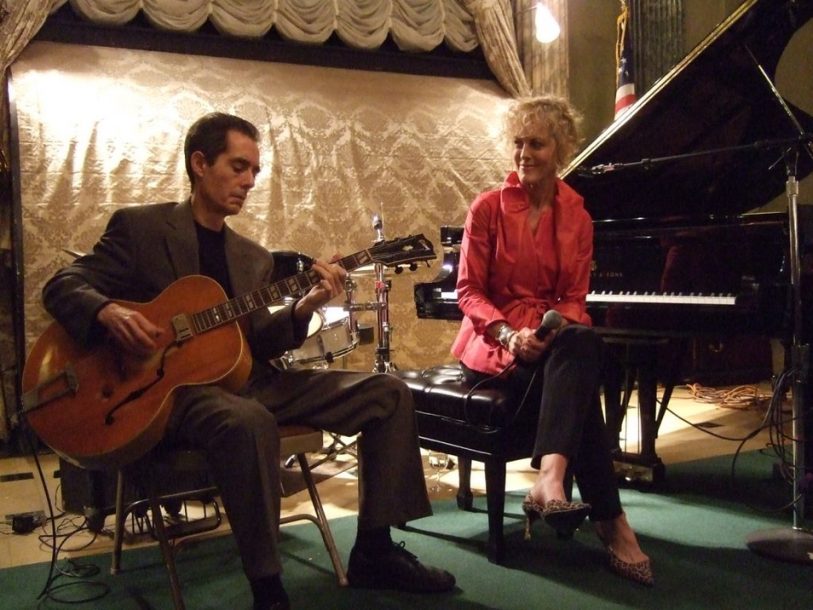 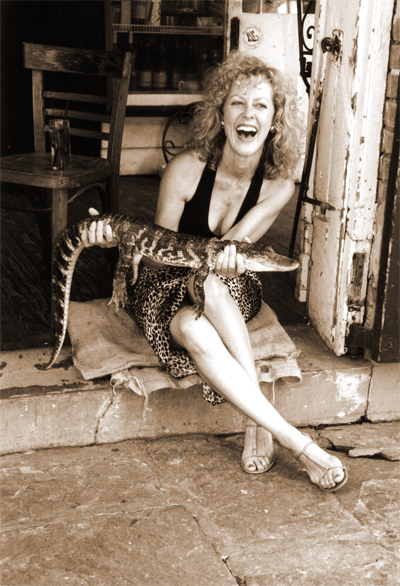 Judy Carmichael has a big room-shaking laugh. Inevitably, during the course of nearly every interview she’s done for her nationally-syndicated radio show Jazz Inspired, she belts one out. And sometimes, when she’s speaking with someone particularly witty, such as singer-pianist Dave Frishberg, she belts one out every few minutes. Hey, if it sounds like she’s having a ball talking with her guests, that’s because she is. “Oh, yes, it’s a lot of fun,” Carmichael says. “I learned early on that the great artists take their work very seriously, but don’t take themselves too seriously. You know, it’s like a blind date with someone cool that I set myself up with.”

Carmichael’s show has an interesting and unique premise, aptly described by its title. She interviews creative people in a wide variety of the arts and culture about how jazz has inspired them in their work or life. And the results are often fascinating. Whether it’s Chevy Chase talking about his close personal relationship with pianist Bill Evans or Christopher Guest reminiscing about a Spinal Tap segment he taped with Mel Torme or Billy Joel recalling his lessons with Lennie Tristano, the show is full of unexpected connections. She also speaks with jazz musicians about their inspirations.

A stride pianist of considerable note, Carmichael has been doing the show since 1995, when she decided to follow her instincts to do something more than play music. “People had always told me that I should do my own show. So I took a tape recorder and started with 13 friends or people I knew.” Among those people were Ed Bradley, Frank Gehry, Robert Redford and Leonard Maltin. Over the next few years, she honed her craft as a radio host and incrementally developed the distribution of the show and picked up Steinway & Sons as a sponsor. It now airs on over 100 public radio stations, as well as on Sirius/XM (on both NPR Now and Real Jazz channels).

These days Carmichael tapes the interviews at recording studios such as Jim Czak’s Nola studios in New York City, but also does many on-site at festivals or venues all over the world. Ably assisted by engineer Kurtis Heidolph and equipped with what she jokingly calls “Studio Judy,” a portable recording set-up, Carmichael interviews celebs and fellow musicians who may not have been able to make a studio session. The jazz festival at Ascona in Switzerland has been a particular favorite site for Carmichael’s. At this year’s festival, she will be presenting the radio show live for eight shows over the course of 10 days at a local theater.

Regardless of where the interview is taped, the show is deftly edited in post-production, integrating songs (not just snippets) that relate to the discussion at hand. The end result is a show that resembles not the jazz shows hosted by Billy Taylor or Marian McPartland, but rather the earliest incarnation of Fresh Air, in which Terry Gross sat down with an interesting guest for a full hour of candid conversation. “Yes, I don’t want the show to be about the host,” says Carmichael. “I try to make sure that it’s a conversation, not an interview.”

Carmichael says that she has been most influenced by two radio hosts for very different reasons. “Way back when, I was appearing on a show with Rob Bamberger [host of “Hot Jazz Saturday Night”] and he asked me if I was influenced by Teddy Wilson. When I told him that I wasn’t, he played me a tune of Wilson’s and then one of mine and of course I heard the connection. And I thought, ‘This is the way an interviewer is supposed to be.’ Coming up with a specific connection is something I now try to do with my guests.”

The style of NPR’s Scott Simon also resonates with Carmichael. “He’s so natural and very intelligent. He can go from covering 9/11 to interviewing Spinal Tap. And he never sounds scripted or stiff.”

Comparisons to McPartland’s Piano Jazz are inevitable, but the two shows (and hosts) are very different. Carmichael, who has appeared on that show, says that going through the process of putting together her own shows has given her enormous respect for McPartland. “I have tremendous admiration for what she’s done. You’ve got to be determined and resilient to succeed at this. And she’s outlasted everybody in the field.”

Felix Contreras, arts producer for NPR, has been following Carmichael’s show since its inception. “What I admire most about the show is that it gets people to think of jazz within all of society,” explains Contreras. “It shows how influential the music is in the world. It’s not necessarily tangible, but it demonstrates the spirit of innovation and experimentation that’s in this music.”

Indeed, Carmichael has spoken with many people whom we wouldn’t necessarily associate with jazz, including Redford, architect Frank Gehry, author E.L. Doctorow and actor John Lithgow. She says that interviewing non-jazz folks about their love of jazz is often thrilling, for her and them. “I like to get guests who are so accomplished that they don’t need to do press. Without something specific to plug, they’re excited to talk about creativity and the bigger picture.” Indeed, Lithgow sounds almost jubilant to be talking about his love of jazz or about his work with music for kids, rather than about his stint on Third Rock from the Sun.

Given that she’s often asking the same question-how has jazz inspired you?-to people from so many different creative pursuits, you have to wonder if there has been one common theme to the answers. “Yes, it’s the improvisational aspect of jazz. Most of them are impressed with the courage of jazz musicians to improvise. It doesn’t matter if you’re an actor or a writer, sometimes you have to improvise.”

Given the type of people she’s already had on the show, you can imagine that she’s got an interesting “wish list” of future guests. Tops on the list, she says, are Sting, Clint Eastwood, Judi Dench and Cate Blanchett. “I was told that Blanchett takes Miles’ music with her everywhere.”

Performing roughly 160 dates per year, Carmichael has not had to sacrifice her own career as a performing and recording musician. She says that at the beginning of her career when technology made the show more complicated to produce, her piano-playing suffered. However, now with the help of technology and with more experience with the process, she doesn’t feel that the hosting conflicts with the playing. And in some instances, she manages to combine the two aspects of her career, as in Ascona or at the I Love Jazz Festival in Brazil, where she’s been named an artistic director.

And if all that isn’t enough, Carmichael, a natural raconteur, is also in the process of writing a book about her experiences on the road. “Someone told me that if I could be as funny on paper as I am in person, then I could write a great book. I’m working on that now.”

JT readers who don’t have access to Sirius/XM or the stations carrying Jazz Inspired can listen to many of the shows online at the series’ web site. In addition, jazztimes.com is running excerpts from her show on the site.

Organ trios and quartets were ubiquitous by the mid-1960s. In African American neighborhood bars and clubs up and down the East Coast, throughout the Rust … END_OF_DOCUMENT_TOKEN_TO_BE_REPLACED

Terence Blanchard looked around the restaurant table and launched into a gentle sermon about jazz education in Detroit that was part homily, part pep talk, … END_OF_DOCUMENT_TOKEN_TO_BE_REPLACED

Creating a program of solo piano music is the ultimate challenge for any improvising pianist. The music on my latest album, Ways of Disappearing (Sunnyside), … END_OF_DOCUMENT_TOKEN_TO_BE_REPLACED

First the good news: As you can see in our annual Festival Guide, there are plenty of jazz festivals scheduled to happen around the world … END_OF_DOCUMENT_TOKEN_TO_BE_REPLACED