Skip to content
Become a member and get exclusive access to articles, live sessions and more!
Start Your Free Trial
Home > Features > JT Notes: Behind the Music 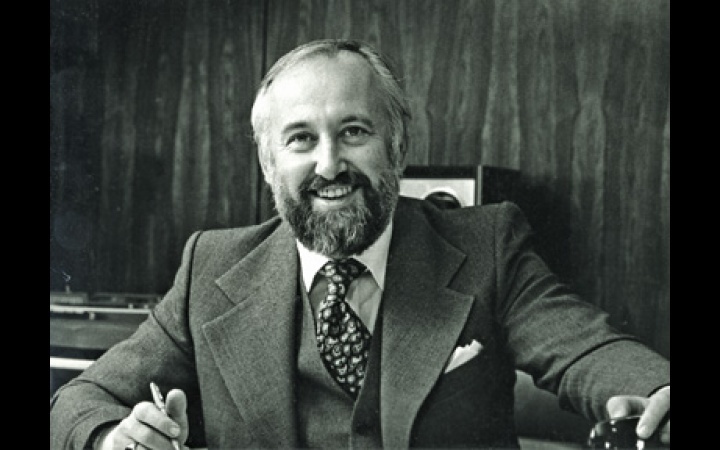 Personally and professionally, a recent week hung heavy in my heart. In the space of about 24 hours, we lost two men who helped to transform the contemporary jazz scene, albeit mostly from behind the scenes. Longtime record exec Bruce Lundvall and musician/producer/arranger Bob Belden passed in mid-May, the former of debilitating Parkinson’s disease, the latter suddenly of a heart attack. Trumpeter Tim Hagans wrote for us a personal tribute to Belden, reflecting Bob’s ebullient personality and wide-ranging talent, and that piece is posted at JazzTimes.com.

For those not familiar with Lundvall’s life and work, you can find all sorts of obituaries and eulogies on the Web and social media. Bruce had a deep affinity for the history of the music and a visceral and often infectious excitement for new artists, ventures and frontiers. Suffice it to say, he was a true “record man” in every sense of the word, and through his stints with the Columbia/CBS, Elektra/Musician and Blue Note labels, he signed and supported a virtual who’s who of jazz. His greatest legacy will no doubt be the revival of the Blue Note label, which he transformed from a dormant and well-nigh moribund brand into one of the most influential record companies in current jazz. A few years ago, with his health ailing, he passed the torch to pop producer Don Was, who has publicly and privately voiced his commitment to honoring Bruce’s mission.

An enlightened business guy, Bruce was more of a “suit,” a term often used derogatively by artists and aficionados. But in Bruce’s case the description was more literal than pejorative, as he rarely was seen without a coat and tie while also being artist-friendly and not the least bit formal. The first time I met him, in 1990, I called him Mr. Lundvall and he immediately corrected me and asked me to call him Bruce. It was that same year that I went to see Bruce with former JazzTimes owner and publisher Glenn Sabin, who had just taken over the magazine from his father. We were going to convert the publication to a glossy magazine after 20 years as a newsprint tabloid. Glenn had barely said two sentences when Bruce stopped him and said, “You can count on us for a full-page ad in every issue.” His public support and commitment resonated with the rest of the industry, which looked to him as a leader and visionary.

Three years later, we had a similar interaction with Bruce when we decided to re-launch the JazzTimes Convention. Likewise, he immediately committed to sponsoring showcases at the conference, an endorsement that again had a ripple effect. At that time, Bruce confessed to Glenn and I that back in 1990 he wasn’t entirely sure we’d succeed, but that he wanted to believe in us. That was Bruce’s gift with his staff, with his colleagues and with musicians. His belief in you buoyed your belief in yourself.

It was fitting that we were able to return the favor in recent years. During the Jazz Connect Conference in New York City over a year ago, we honored Bruce with a panel and named an award after him-the Bruce Lundvall Visionary Award-presented to a leader in the jazz community who is making a difference for artists and fans. At the presentation of the award to Randall Kline of SFJAZZ in January, Bruce made what was likely his last public appearance at a jazz function. Speaking from his wheelchair in a voice ravaged by illness but fully retaining its passion, he struggled to make his words clear. Yet his message was well understood by us all: The music changed his life and can change other lives for the better. I feel the same way about Bruce.

Organ trios and quartets were ubiquitous by the mid-1960s. In African American neighborhood bars and clubs up and down the East Coast, throughout the Rust … END_OF_DOCUMENT_TOKEN_TO_BE_REPLACED

Terence Blanchard looked around the restaurant table and launched into a gentle sermon about jazz education in Detroit that was part homily, part pep talk, … END_OF_DOCUMENT_TOKEN_TO_BE_REPLACED

Creating a program of solo piano music is the ultimate challenge for any improvising pianist. The music on my latest album, Ways of Disappearing (Sunnyside), … END_OF_DOCUMENT_TOKEN_TO_BE_REPLACED

First the good news: As you can see in our annual Festival Guide, there are plenty of jazz festivals scheduled to happen around the world … END_OF_DOCUMENT_TOKEN_TO_BE_REPLACED