Skip to content
Become a member and get exclusive access to articles, live sessions and more!
Start Your Free Trial
Home > Features > JT Notes: A Great Night in Harlem 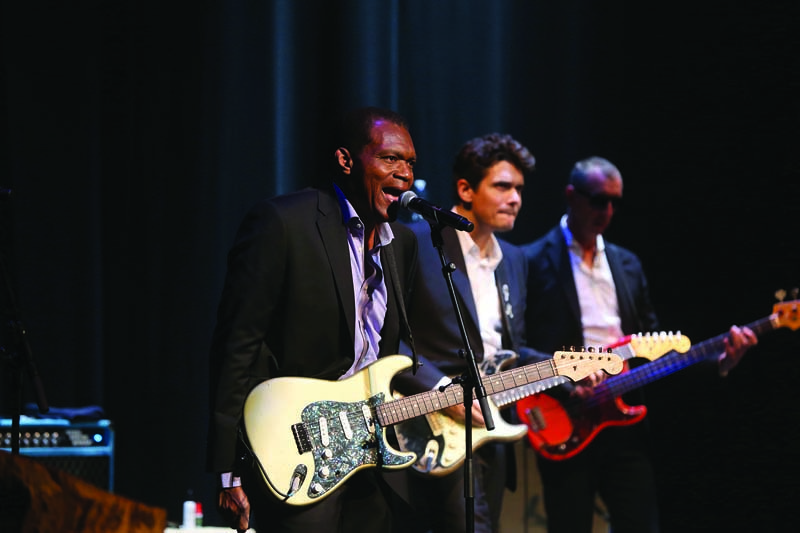 From left: Robert Cray, John Mayer and Pino Palladino at "A Great Night in Harlem" 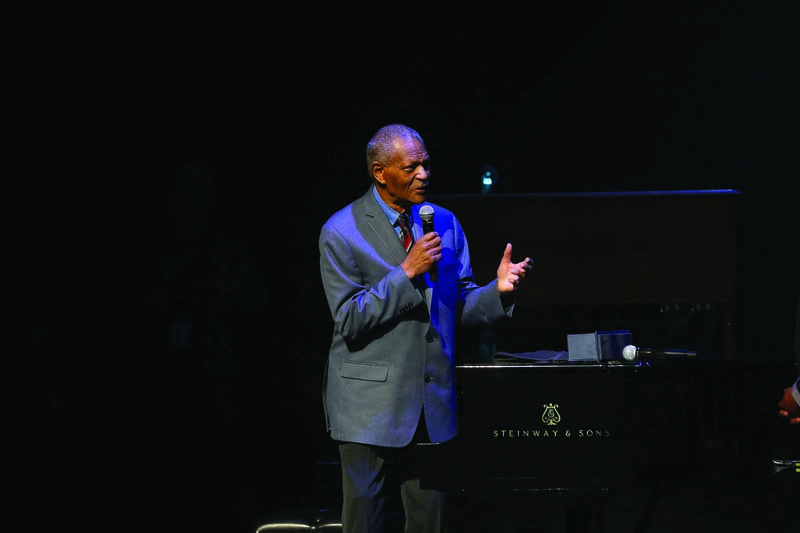 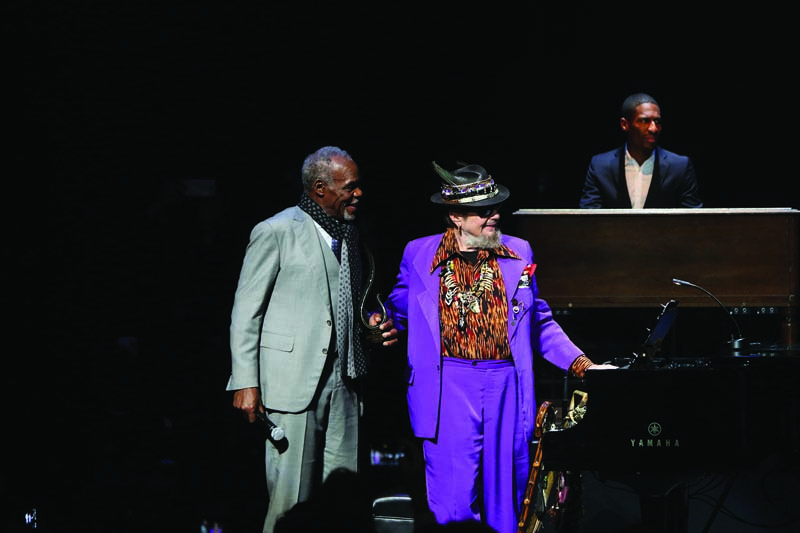 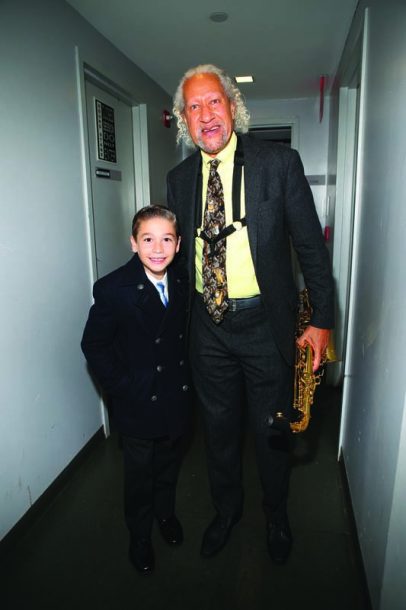 The most poignant moments of the Jazz Foundation of America’s 2016 “A Great Night in Harlem” fundraising gala, held at the Apollo on Oct. 27, didn’t come from any of the hugely influential and/or celebrity-famous musicians who performed. Not from Dr. John, the winner of the inaugural Hank Jones Award; not from McCoy Tyner, the foundation’s Lifetime Achievement recipient; and not from John Mayer, playing spot-on jump-blues licks in his reformed trio featuring bassist’s-bassist Pino Palladino and drummer/music director Steve Jordan. The presence of Bruce Willis, whose durable blues-harp playing bested his singing by a wide margin, was certainly worthy of a Facebook post, but it didn’t come close to the brightest spots.

The true peaks tended to be spoken statements of gratitude. Drummer Phil Washington, a quintessential working musician based in Baton Rouge, La., appeared onstage with his young family to tell of how he recently lost everything in the floods that devastated Louisiana in August. (The recovery from that disaster, whose destruction cut a swath through a section of the state dense with roots players, has rightfully become a special mission for the foundation.) The JFA, Washington said, came to his aid quickly and robustly when institutions like FEMA and the Red Cross did not. Later, the pianist and singer Davell Crawford, there to lead his transcendent gospel choir, expressed a similar sentiment, and the message became even clearer to potential givers: The JFA equals rapid and personalized grassroots help, not the tangled bureaucracy that too often accompanies charity elsewhere. A spirited donation drive held between sets included an impromptu offering of $100,000, and I got a palpable sense of how directly and profoundly that cash was going to assist a blues guitarist or an R&B singer or a church music director.

The JFA clearly understands its purpose, and even its picks for awardees demonstrate real consideration. (Can you think of better candidates for Titans of Jazz Awards than Bob Cranshaw and Harold Mabern?) But perhaps even more important, it is very, very good at gala culture-at charming, entertaining and thanking the caliber of benefactor who has the ability to write a check for a hundred grand. This means a VIP after-party and open-bar opportunities, sure, but also developing concerts that balance hard-core jazz and blues interests with pop and rock appeal. This year especially, those two ideals seemed to intersect frequently. Singing the hokum “Horn Man Blues,” Thais Clark was a riot fronting Dr. Michael White & the Original Liberty Jazz Band. Backed by an ensemble including Jon Batiste on organ, Dr. John cut to the chase with “Such a Night” and “Right Place Wrong Time.” Robert Cray joined Mayer and company, for a clinic in tone and a funked-up take on the former’s “Chicken in the Kitchen.” Evoking Joey Alexander’s career-boosting performance from the 2014 event, the 10-year-old pianist Brandon Goldberg played solo, with similarly precocious chops and depth of feeling but a more showbiz-like self-awareness. As Alexander had played for Herbie Hancock, Goldberg paid tribute to Tyner, whose own performance was absolute power. Helming his quartet with saxophonist Gary Bartz, bassist Avery Sharpe and drummer Ronnie Burrage, Tyner made “Walk Spirit, Talk Spirit” a loud, visceral delight. He accepted his award, presented by the concert’s host, the actor Joe Morton, in a way that better reflected his age. But no matter. He’d said his piece.

In spring 1963, when Coleman Hawkins was 58 and making some of the most astonishing music of his career, he gave a short but revealing … END_OF_DOCUMENT_TOKEN_TO_BE_REPLACED

Forgive me if I’ve mentioned this before (perhaps repeatedly), but I’ve been playing guitar now for more than 40 years. So when the time comes … END_OF_DOCUMENT_TOKEN_TO_BE_REPLACED

Organ trios and quartets were ubiquitous by the mid-1960s. In African American neighborhood bars and clubs up and down the East Coast, throughout the Rust … END_OF_DOCUMENT_TOKEN_TO_BE_REPLACED

Terence Blanchard looked around the restaurant table and launched into a gentle sermon about jazz education in Detroit that was part homily, part pep talk, … END_OF_DOCUMENT_TOKEN_TO_BE_REPLACED