Skip to content
Become a member and get exclusive access to articles, live sessions and more!
Start Your Free Trial
Home > Features > JT Editor Evan Haga Introduces the May 2012 Issue 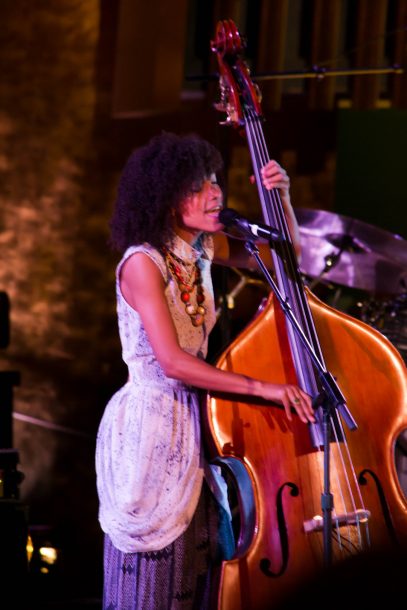 Call it the 2012 Battle of the Radio-Titled Crossover Albums: At around 12:30 a.m. on March 20, jazz-informed R&B occupied two of the three major TV networks. Pianist Robert Glasper, on Jay Leno’s show, played a svelte neo-soul cut off his bestselling Blue Note release, Black Radio. Concurrent with that, on David Letterman’s program, Esperanza Spalding made plain her love for Stevie Wonder with a song from her Radio Music Society (Heads Up). It was an opportunity to choose favorites, of course, but also a time to realize how remarkably similar these artists’ situations are.

Both Spalding, last issue’s cover story, and Glasper, profiled in this issue, face problems that are old and familiar, though that doesn’t make them any easier to navigate. How can these jazz-rooted musicians pursue their genuine interests in popular music without leaving their home constituency behind? Should they even care if they do? How much of their creative decision-making is invested in love, and how much in money? These are questions our veteran readers will recall from the fusion era, and I’m sure they predate even that.

But there is something new here, in the music rather than the rhetoric. In their seamless coupling of jazz and popular music, Black Radio and Radio Music Society represent a uniquely postmillennial refinement. Glasper, Spalding and their cohorts are jazz musicians as technically capable as they come, but they selflessly subsume those abilities into pop values like hooks, beats and texture. On TV, the jazz learning was evident-Glasper’s gliding touch, with its intimations of Mulgrew Miller and Herbie Hancock; the elastic horns of Spalding’s “Radio Song”-but not the point. It’s worth noting that neither Leno nor Letterman used the “j” word to introduce these players, and that probably makes sense for today’s generation of post-genre improvisers.

And as the musicians break free of idioms, so must their listeners (and, it follows, critics). Today, it’s clear that assessing music in the jazz sphere involves more than counting choruses, knowing your standards and understanding the difference between Papa Jo and Philly Joe-as if exploring jazz’s first half-century wasn’t already a limitless task. It’s impossible to fully appreciate Glasper without absorbing J Dilla and the boom bap of golden-age hip-hop, just as Bitches Brew couldn’t be understood without foreknowledge of Hendrix and James Brown. Some of you have very fun homework to do.

Organ trios and quartets were ubiquitous by the mid-1960s. In African American neighborhood bars and clubs up and down the East Coast, throughout the Rust … END_OF_DOCUMENT_TOKEN_TO_BE_REPLACED

Terence Blanchard looked around the restaurant table and launched into a gentle sermon about jazz education in Detroit that was part homily, part pep talk, … END_OF_DOCUMENT_TOKEN_TO_BE_REPLACED

Creating a program of solo piano music is the ultimate challenge for any improvising pianist. The music on my latest album, Ways of Disappearing (Sunnyside), … END_OF_DOCUMENT_TOKEN_TO_BE_REPLACED

First the good news: As you can see in our annual Festival Guide, there are plenty of jazz festivals scheduled to happen around the world … END_OF_DOCUMENT_TOKEN_TO_BE_REPLACED