Skip to content
Become a member and get exclusive access to articles, live sessions and more!
Start Your Free Trial
Home > Features > Journalist David Hajdu on Moonlighting as a Songwriter 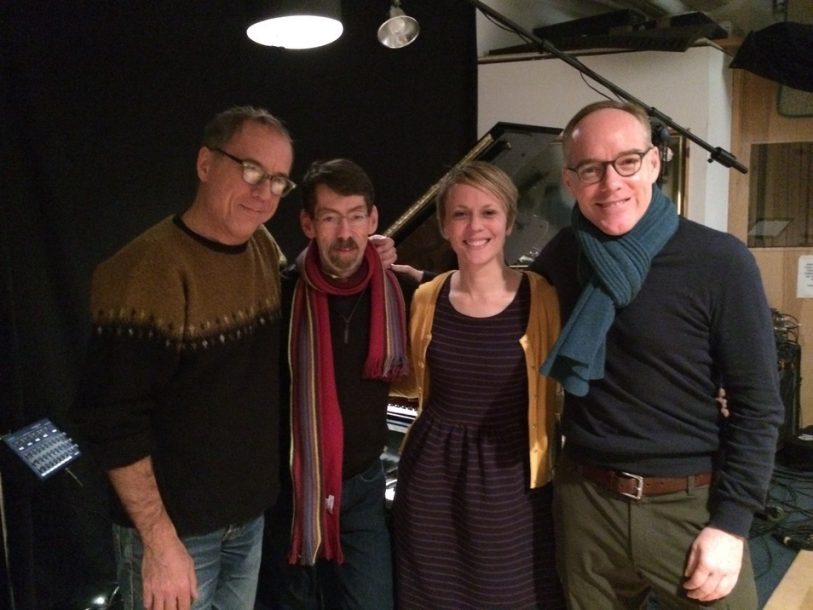 About a dozen years ago, in the fall of 2002, I was doing interviews with Wynton Marsalis for an article I had been assigned to write for The Atlantic-or trying to do interviews with him. Marsalis and I had never connected in the quasi-chummy way that music journalists and musicians sometimes do, united by mutual interests and enthusiasms, despite the fact that he and I shared a fascination with Duke Ellington. (I had written a biography of Ellington’s longtime collaborator, Billy Strayhorn, and was president of the Duke Ellington Society at the time.) For a profile commissioned at a length of 12,000 words, Marsalis had agreed to meet me for 60 minutes, over lunch at a Chinese restaurant, with the head of publicity for Jazz at Lincoln Center present.

“My relationship with the jazz critics has never been good,” Marsalis told me. Most critics failed to appreciate him, Marsalis said, because “they don’t understand the music the way a musician does. Critics aren’t musicians, they’re critics.” I proceeded with my research for the article, interviewing dozens of people who knew and worked with Marsalis, while also observing him from a short distance as he led the Jazz at Lincoln Center Orchestra in rehearsals and performances.

One afternoon, I arrived early at the rehearsal studio on West 60th Street where Marsalis and his musicians had been working while the new home for Jazz at Lincoln Center was being built. All alone in the space with no one to see me or hear me, I sat down at the piano, a gorgeous nine-foot Steinway concert grand. I can read music, slowly and with great effort, and can play almost passably. But I’m not a musician, I’m a critic.

I had learned “Lotus Blossom,” Strayhorn’s airy, delicate ballad, while I was researching my book, and fumbled my way through it on the piano, when I heard a voice behind me. “Oh, man, you were holding out on me! I didn’t know you could play!” I jumped up, shaken and embarrassed, and saw Marsalis nodding to me, grinning. After the rehearsal, he asked me if I wanted to go over to the basketball court at the high school nearby to play a round of one-on-one. I demurred, and we made plans for me to go to his house later that week to talk about music and hang out. I had inadvertently passed the Marsalis musicianship test.

Though I was the happy beneficiary of it, I did not and still don’t agree with the proposition that the ability to practice an art qualifies a journalist to write about that art. There is no question that a writer needs to have a solid grasp of the mechanics of a discipline, as well as a grounding in its history, its traditions and its cultural significance, to write about it with authority. A journalist, moreover, has to know how to conduct interviews, do research, synthesize information, tell a story and make appealing sentences. A journalist needs to practice journalism, not the piano. The ability to make music is no more a prerequisite for writing about jazz than the talent to perform an arabesque is mandatory for a writer on ballet.

I have played music (on both piano and guitar) almost exclusively for myself and by myself for more than 30 years now. Over that time, the urge to do more in music has grown increasingly powerful for me. After all, it is a deep passion for the music that unites jazz journalists and musicians. I recognize my lack of real talent as an instrumentalist, and at the same time I would prefer to be more than a musical dabbler, someone deluded into thinking he’s a Renaissance man when he’s really just a dilettante.

There was more than the obvious deflection and cheeky wit in Ellington’s response. There was also a degree of self-deprecating self-awareness. In his accommodation of the boundless adventurism that fueled his genius, Ellington permitted himself to be a bit of a dilettante. He experimented fearlessly, diving headlong into fields in which he had never before worked-Broadway, film, ballet and more. He not only composed and arranged and performed, but wrote the lyrics to some of his own music, such as “I Like the Sunrise,” as well as music by Strayhorn, such as “Love Came.” In Washington, D.C., where Ellington was born and raised, there’s a bridge named in his honor, and the plaque on it reads, “Edward Kennedy Ellington/1899-1974/Composer, performer, playwright, international statesman of goodwill.”

Duke Ellington-playwright? Well, why not? Who’s to limit those who aspire to be dilettantes?

Blessed by none of Ellington’s genius or fearlessness but impelled to do something more in music than hack my way through “Lotus Blossom,” I decided to try writing songs in collaboration with real musicians. I drafted a few sets of lyrics, spending weeks and sometimes longer on each one, taking that long partly because I was trying to write meticulously, in the spirit of song craftspeople like Lorenz Hart and Dorothy Fields, and partly because I had no idea what I was doing. I brought the draft of one lyric to Fred Hersch, whom I had gotten to know fairly well over the years, and took another one to Renee Rosnes, whom I had known only in passing. Around the same time, I got involved with a project that the pop singer-songwriter Jill Sobule was putting together with a dozen writers of fiction and nonfiction who, like me, had previously done nothing (or very little) in music.

Bit by bit, draft by draft, revision by revision, I started to build a little catalog of songs as a lyricist-and, with Sobule in several cases, as co-composer of the music. Slowly, I started to grasp how to write more elusively, through indirection and suggestion, instead of laying out the facts or building an argument, as I had always done as a journalist.

Hersch performed one of our songs with the singer Kate McGarry at Jazz Standard; Sobule released a couple of ours on an album; and Rosnes recorded demos of the tunes she and I wrote, with Jo Lawry and Karen Oberlin (my wife, who, fortunately for me, happens to be a fine and celebrated cabaret singer). The songs were seeping out, in due time sung around the New York clubs by half a dozen performers, including the singers Hilary Kole, Mary Foster Conklin and Stacy Sullivan.

There’s now an album of the songs with my lyrics, Waiting for the Angel (Miranda), with Karen, Jo Lawry and Michael Winther singing, Hersch and Rosnes playing piano on the material they composed, and a band, organized by Rosnes, featuring trumpeter Steven Bernstein, saxophonist Steve Wilson, guitarist Peter Bern­stein, bassist Sean Smith and drummer Carl Allen. I feel like I owe Wynton Marsalis a debt for giving me that nod and that grin.

All this has brought me both satisfaction and consternation, as I’ve learned that the making of half-decent songs is considerably more challenging than the making of journalism. Though I’ve done my best to make my lyrics involving and emotive, I don’t really know how good they are. I guess determining that is a job for a critic. I’m just a songwriter.

David Hajdu is the music critic for The Nation and author of five books, including the forthcoming Popped Up: Popular Music and What It Means to Me, due out in the fall of 2016 from Farrar, Straus and Giroux.

Forgive me if I’ve mentioned this before (perhaps repeatedly), but I’ve been playing guitar now for more than 40 years. So when the time comes … END_OF_DOCUMENT_TOKEN_TO_BE_REPLACED

Organ trios and quartets were ubiquitous by the mid-1960s. In African American neighborhood bars and clubs up and down the East Coast, throughout the Rust … END_OF_DOCUMENT_TOKEN_TO_BE_REPLACED

Terence Blanchard looked around the restaurant table and launched into a gentle sermon about jazz education in Detroit that was part homily, part pep talk, … END_OF_DOCUMENT_TOKEN_TO_BE_REPLACED

Creating a program of solo piano music is the ultimate challenge for any improvising pianist. The music on my latest album, Ways of Disappearing (Sunnyside), … END_OF_DOCUMENT_TOKEN_TO_BE_REPLACED