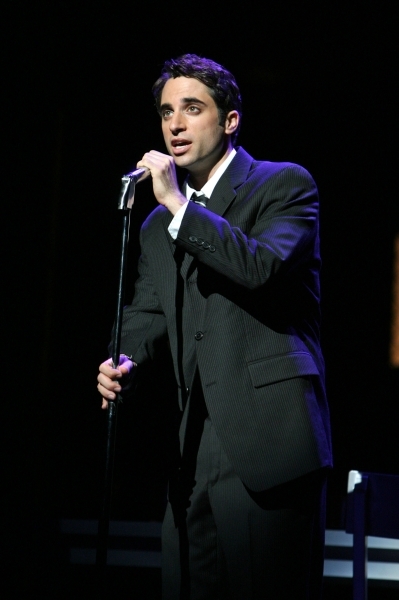 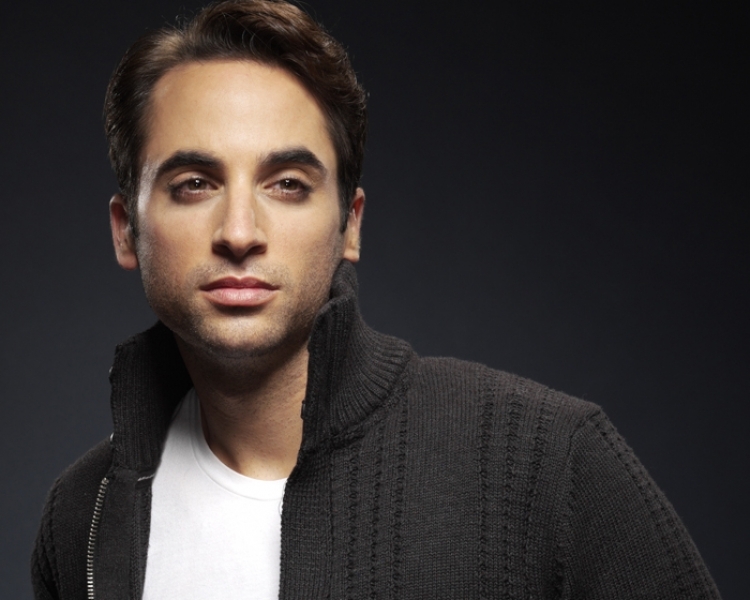 Sinatra and Nelson Riddle, Ella and Buddy Bregman, Anita and Billy May, Sarah and Quincy Jones; richly symbiotic relationships between singer and arranger that rather magically prove the old adage about the whole being greater than the sum of its parts. Such sublime marriages are less common than they once were. You can still hear it when Michael Bublé teams with Bill Holman and in Streisand’s works with Johnny Mandel. And its also now evident throughout Nothin’ But Love, the debut album from Joseph Leo Bwarie and arranger/producer Charles Calello.

If you’ve seen the touring production of Jersey Boys then you’ve likely seen Bwarie in action. The California-born dynamo has been crisscrossing North America for nearly five years, earning rave reviews for his portrayal of legendary Four Seasons lead singer Frankie Valli. Among the 27 songs Bwarie sings in the show, many of the best known and loved – including “Walk Like A Man,” “My Eyes Adored You,” “Let’s Hang On” and “Working My Way Back to You” – were originally arranged by Calello. He was, in fact, a founding member of the Four Lovers, but quit before the New Jersey foursome changed its name to the Four Seasons. He returned as the group’s arranger in 1962 and briefly reappeared in its performing lineup in 1965. Since then he has become one of the most successful independent producer/arrangers of all time, scoring 15 Grammy nominations, placing more than two-dozen pop hits in the Top Ten and shaping albums for, among others, Ray Charles, Neil Diamond, Streisand and Sinatra.

Bwarie and Calello met backstage at a Jersey Boys performance in 2009 and hit upon the idea of collaborating on the singer’s first solo project. Calello produced the album, wrote all 13 arrangements and also served as conductor, fronting a 40-piece orchestra augmented by two special guests: guitarist Bucky Pizzarelli and Brazilian percussionist Paulinho da Costa.

The results are consistently stellar. Bwarie has a voice designed to sell to the balcony, which is precisely what he does six times a week. But, thanks no doubt to Calello’s deft stewardship, he sidesteps the habit too common among musical theater stars of overselling in the studio. The upbeat numbers – “Old Devil Moon,” “Frenesi,” “A Lot of Livin’ to Do,” a hard-swingin’ “Night and Day” – come wrapped in the sort of big, brassy arrangements that were Billy May’s trademark. The ballads are just as sparkling, but seem cast more in a Don Costa or Neal Hefti mould. Though Sinatra at the height of his ring-a-ding-ding prowess is clearly the blueprint, Bwarie more strongly suggests a potent blend of Bobby Darin and Mel Tormé. There’s also a significant enough hint of Chet Baker on “I’ve Never Been In Love Before” to suggest that Bwarie closely studied Baker’s classic 1956 recording.

Though Bwarie nods to the Four Seasons era with two Brill Building gems – Lieber and Stoller’s “Stand By Me,” cleverly reinterpreted as a mid-tempo swinger, and Gerry Goffin and Carole King’s “Will You Still Love Me Tomorrow” (the latter perhaps included in thanks to King, who recommended him for the Valli role back in 2005) – the bulk of the album is vintage Tin Pan Alley, including a superbly tender “What’ll I Do” and a bossa-fueled “Falling In Love With Love.” Harold Arlen’s too-rarely covered “When the Sun Comes Out” is given the same sort of towering treatment that made Judy Garland’s interpretation so powerfully affecting, and “I Can’t Give You Anything But Love” sparkles with Connick-esque panache.

Nothin’ But Love is a sensational effort, unquestionably as good as anything Bublé has delivered, with credit equally due Bwarie and Calello. Here’s hoping it paves the way for a Bublé-sized recording career.

Organ trios and quartets were ubiquitous by the mid-1960s. In African American neighborhood bars and clubs up and down the East Coast, throughout the Rust … END_OF_DOCUMENT_TOKEN_TO_BE_REPLACED

Terence Blanchard looked around the restaurant table and launched into a gentle sermon about jazz education in Detroit that was part homily, part pep talk, … END_OF_DOCUMENT_TOKEN_TO_BE_REPLACED

Creating a program of solo piano music is the ultimate challenge for any improvising pianist. The music on my latest album, Ways of Disappearing (Sunnyside), … END_OF_DOCUMENT_TOKEN_TO_BE_REPLACED

First the good news: As you can see in our annual Festival Guide, there are plenty of jazz festivals scheduled to happen around the world … END_OF_DOCUMENT_TOKEN_TO_BE_REPLACED