Skip to content
Become a member and get exclusive access to articles, live sessions and more!
Start Your Free Trial
Home > Features > John Corbett’s “A Listener’s Guide to Free Improvisation” 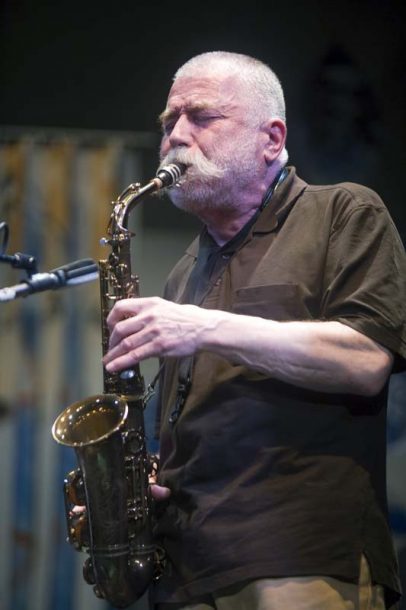 Struggling with the work of free improvisors like Peter Brötzmann? Read on. 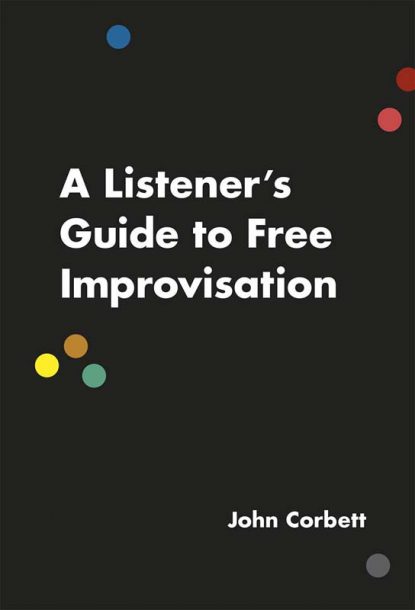 Shortly after I moved to Chicago in 1994, I began regularly attending shows at a small coffeehouse/performance space called the Lunar Cabaret. Most of the leading voices on the local avant-jazz and improvised music scene-Ken Vandermark, Mars Williams, Hamid Drake, Michael Zerang, Jim Baker, Weasel Walter-cycled through the space in a variety of contexts. One week might offer organized bands like the Vandermark Quartet or Caffeine, the next a free-for-all with a cramped stage of improvisors playing toy instruments.

It was an ideal immersion for a not-yet-21-year-old who had just begun exploring the music and had no opportunity to see it live in his native Wilmington, Del. Ultimately it was a foundational experience, a Rosetta stone for a notoriously daunting art form that turned me into a lifelong listener. That transition might have been even smoother if I’d had a copy of A Listener’s Guide to Free Improvisation (The University of Chicago Press), a handy new field guide to spontaneous music by John Corbett, who, as it happens, was already a well-known writer and presenter on the Windy City scene when I arrived 22 years ago.

Corbett had gone through a similarly revelatory immersion several years earlier, when he attended an 11-day festival of freely improvised music in Holland. He’d already been a listener for more than a decade at that point, but such a marathon of focused listening proved transformative. “I had a fair amount of experience already,” Corbett says, “but the intensity of seeing six concerts a day for 11 days straight just pushed it over the edge. This was almost all freely improvised music with a lot of the same characters, a pool of about 50 people who were being cycled together into and out of interesting formations. There was something about it that was baptismal in nature.”

Corbett recounts that festival in the introduction to his succinct, 172-page volume, but shies away from advising readers to search out an analogous musical buffet as their own introduction to the music. It would be hard to come by in today’s environment, for one thing, but it’s also not fully necessary as an entry point. Instead, he offers several useful tips for attentive listening that might help novices cope with the shock of the new, or even give experienced fans some fresh perspectives.

He begins with rhythm-or, more accurately, the lack thereof. The absence of a steady beat can be a deal breaker for listeners raised on a diet of 4/4 backbeats, but Corbett writes eloquently to encourage those with adventurous ears to relax and let go of such expectations. He then offers ways to chart the course of a piece of improvised music, making note of entrances and exits, interactions among players, dynamics and transitions, and finally widening the lens to look at overarching structure.

About midway through his book, Corbett goes into more advanced techniques for the listener, with tips for recognizing the personal vocabularies of individual players, lists of essential records and improvisors to check out, a meditation on the complex performer/audience dynamic, and much more.

The book is penned in a friendly, lighthearted tone that makes it user-friendly and supports Corbett’s contention that as fringe-dwelling as this music is, it doesn’t have to engender extreme opinions. In a chapter titled “Dancing Between the Hypothetical Poles,” which stems from exercises he introduced while teaching at the Art Institute of Chicago, Corbett suggests two divergent approaches to listening, positing that either nothing or everything is improvised. He finds the reality, of course, to lie somewhere in the middle, as does his passion for the music, which neither rejects improvised music out of hand nor extols its virtues to the exclusion of all other forms.

“I think the kind of exclusionary attitudes that are sometimes promulgated in the worlds of improvised music or unusual music of various kinds are destructive,” Corbett says. “And I think they’re elitist in a haughty way. I’ll admit it, I’m an elitist: I believe that there are some things that are better than others. But I’m not an elitist in thinking that it’s proper to look down my nose at people when they have different tastes than me. I genuinely want to know why somebody finds value in something that I automatically don’t.”

Charmingly, the pocket-sized book is framed in the manner of a field guide, turning the potential listener into an observer akin to a birdwatcher or flower enthusiast. While he doesn’t profess to be a serious birder himself, Corbett grew up with a father who encouraged his naturalist tendencies. “We had field guides all over the house all the time,” he recalls. “I don’t trek around looking for birds, but I’m a good spotter and I taught myself early on how to still myself and look for things. Later, reflecting on that ability, I realized I was applying those same skills to listening.”

There are certain works of art with which I wish I could have a conversation, so that I might express my gratitude for them. I … END_OF_DOCUMENT_TOKEN_TO_BE_REPLACED

Asked to choose Duke Ellington’s most valuable sidemen, most folks would likely start with Johnny Hodges, followed by any number of the additional cavalcade of … END_OF_DOCUMENT_TOKEN_TO_BE_REPLACED

In the early autumn, I was heading back into the city of Boston on the subway from a leafy suburb where I had watched a … END_OF_DOCUMENT_TOKEN_TO_BE_REPLACED 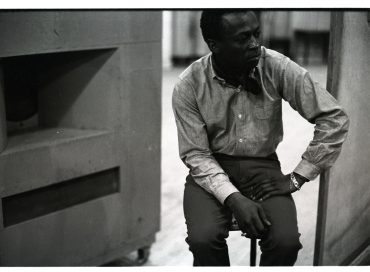