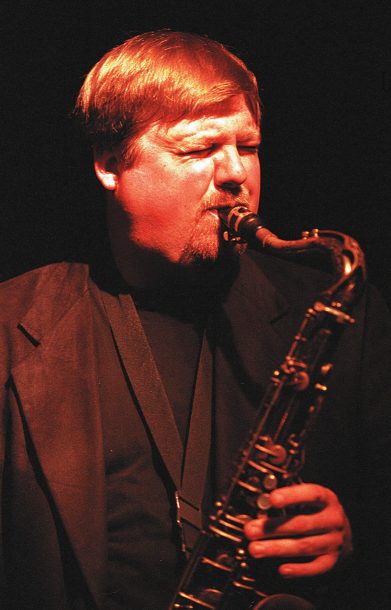 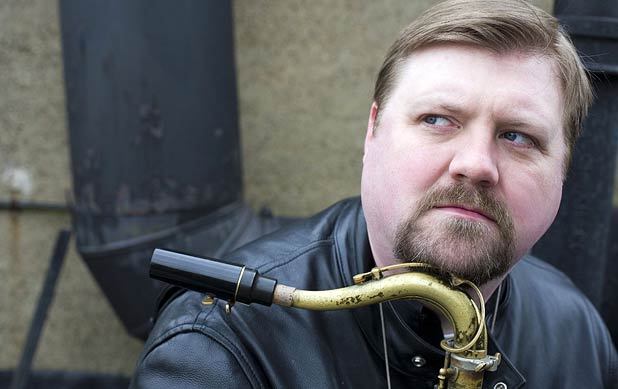 One of the most exciting tenor duels I’ve ever witnessed took place between Joel Frahm and Jimmy Greene on a hot summer night in 2010. It was in West Hartford at Szechuan Tokyo, not exactly the Elks Auditorium in Los Angeles where Dexter Gordon and Wardell Gray squared off, nor McKee’s Lounge in Chicago, site of legendary tenor battles between Gene Ammons and Sonny Stitt. But when Frahm sat in with Greene’s quartet before a packed house at Paul Lewis’s now-defunct emporium for jazz and Asian cuisine, they provided a thrilling example of what can happen when two fine tenors lock horns and blow on standard chord changes.

Joel and Jimmy are among the outstanding players to emerge from the Hartford area over the past 25 years. I first heard Joel at Smalls in New York, and then caught him on several occasions when he toured with vocalist Jane Monheit. No matter the setting or style, whether straight-ahead or adventurous, Joel’s always captivated me with his warm sound, his humor, and his skill at striking a balance between swing and open playing.

When Joel’s family moved to West Hartford in 1985, he and Brad Mehldau became classmates at Hall High School, and as Brad wrote in the liner note for their 2001 duo recording, Don’t Explain, “When I hear his playing, I hear everything that he and I discovered and absorbed together from the time we were just getting started. It’s cool, and uncanny, because I hear my own influences and history as a player through him.” Writing of Don’t Explain, Nate Chinen of The New York Times acknowledged that Mehldau has a “much higher profile” than Frahm but that the recording represented a “meeting of equals.”

We’ll hear several recordings featuring Joel in this evening’s Jazz a la Mode, including three selections from the superb Live at Smalls, which includes Charlie Parker’s “Steeplechase” and Billy Strayhorn’s “Chelsea Bridge, and a handful of originals, and a sampling of Frahm’s highly-acclaimed sideman work on sessions with trumpeter Carol Morgan; drummer Pete Zimmer; and a brand new Planet Arts release by the guitarist Tom Dempster and bassist Tim Ferguson, Beautiful Friendship. Joel also appears on a lively set by the Israeli-born bassist Omer Avital in the Live at Smalls series; tonight we’ll hear “Blues for Tardy,” which reminds me of the kind of ritualistic fire that Frahm and Greene ignited at Szechuan Tokyo two years ago. Here’s Avital’s quintet with Frahm and trumpeter Avishai Cohen at the Jazz Standard playing “Simcha.”

Joel dropped a line today to say he’s “lucky to be in [Avital’s] band, which seems to get deeper musically with every tour.” They’ll be playing in Spain, France and Italy later in the month. This week Joel’s in Paris with the Smalls All-Stars, a group boasting guitarist Peter Bernstein, pianist Spike Wilner, and another of Hartford’s native sons, bassist Dezron Douglas. Following his tour with Avital, he’ll remain in Italy for concerts and a teaching gig in Siena. In 2009, Frahm taught at the Prague International Summer Jazz Workshop where he offered a master class in “telling a story.” You can hear what he has to say, and how he says it on his horn, here.

Speaking of storytelling, Mehldau observed, “One thing I always hear in Joel’s playing is an unapologetic emotional outpouring. He’s not beating around the bush as far as that goes.” Frahm credits a gig playing blues with a bar band following his graduation from the Manhattan School of Music as a formative experience. “When I first got out of college and didn’t know how I was going to make my rent, I played $70 a night blues gigs in New Jersey and slept on the drummer’s couch every weekend. It was hard, but I came out of those years with a deep understanding of blues playing and how to tell a story in that context.”

Here’s Joel telling a story with his former teacher, pianist Kenny Barron, bassist Rufus Reid, and drummer Victor Lewis at Sweet Rhythm; the performance followed the release in 2007 of Frahm’s recording with this all-star trio, We Used to Dance. The tune is Joel’s original, “A Whole New You.”

Several years ago, one of Danilo Pérez’s students was suffering from tendinitis. Pianist Pérez was then a professor at the New England Conservatory; his student, … END_OF_DOCUMENT_TOKEN_TO_BE_REPLACED

As a JazzTimes writer, I can talk about the powers of a dynamic drummer until I’m blue in the face: the weight of each tom-tom’s … END_OF_DOCUMENT_TOKEN_TO_BE_REPLACED

There are certain works of art with which I wish I could have a conversation, so that I might express my gratitude for them. I … END_OF_DOCUMENT_TOKEN_TO_BE_REPLACED