Skip to content
Become a member and get exclusive access to articles, live sessions and more!
Start Your Free Trial
Home > Features > Jeremy Pelt: On BAM, Blossom Dearie, and Groove 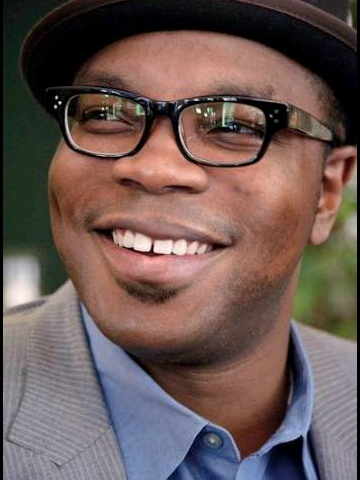 Jeremy Pelt is one of the great trumpeters on the scene today. The Los Angeles native, who’s now 35, studied at Berklee, and since his arrival in New York in 1998, he’s worked with the Mingus Big Band, Jimmy Heath, Ravi Coltrane, the Skatalites, Bobby “Blue” Bland and many others. He recently released Soul, the fourth album he’s made with his working band of J.D. Allen, Danny Grissett, Dwayne Burno, and Gerald Cleaver. The band’s rapport, and the range of forms and moods it explores has earned it favorable comparisons with the Miles Davis Quintet of the mid-’60’s. Here’s a promotional documentary of the quintet recording its 2011 release The Talented Mr. Pelt.

During his student days in Boston, Pelt became a regular at Wally’s, the legendary South End nightclub at 427 Mass Ave that’s been a vital center of jazz jams since the late ’40’s. “That place meant the most to me,” he says, “and singularly was the most important in terms of my early development as a musician.” While Pelt garners lots of attention these days for his work as a bandleader and composer, only a serious trumpet player would give such credit to a place as no-frills as Wally’s. Grant Stewart, who’s shared bandstands with Pelt in New York, Philadelphia and on European tours, says “Jeremy is one of my favorite players around. He’s got a very creative take on the tradition and an amazing tone on the instrument.”

What follows is an interview I conducted with Jeremy on March 3. He’s got a blog of his own, The Pelt Files, which is where I first read his thoughts on various matters, including the controversy that Nicholas Payton has stirred with his proposal to consign the term jazz to the ignominy of a “J-word.” Payton prefers BAM, an acronym for Black American Music.

Tom Reney: What turned you on to playing trumpet?

Jeremy Pelt: I started playing the trumpet in 3rd or 4th grade because it looked to be the easiest to play– so I thought.

You’ve written that the attention paid to Miles Davis at the time of his death in 1991 motivated you to check out his music, and eventually led you to catch the jazz “bug.” Were you playing or listening to jazz before then?

Although I didn’t catch the jazz bug until I listened to a live version of “So What” in 10th grade, I was certainly aware of jazz, as my mother loved Dinah Washington and Billie Holiday and always played them. When I heard “So What,” I didn’t really have any serious musical palette for jazz, but as soon as I heard it, I immediately knew that that’s what I wanted to do forever. The feeling hit me that clearly.

You’ve got a compelling stage presence, exuding both power and warmth. Is this something you’ve consciously crafted? Do you think jazz musicians need to be more attentive to how they come across to an audience?

Coming from an actor’s family [His late father Tim Pelt was an actor, and his sister Danielle Spencer was a child star of What’s Happening! ], I think stage presence is something that was in me before I knew it. Truthfully, my mother, who’s not an actor, always had it too. She can walk into a room and all of a sudden it would be about her! I think that stage presence goes a long way for any performer and harkens back to a period where as an audience member you expected the musicians to look better than you. I think of musicians like Miles, Duke, Sammy Davis Jr. and Frank Sinatra. They, along with many others, adhered to a sort of musicians’ code. I remember my Uncle telling me that in the ’50s, after 5pm you were expected to have a tie on! The problem nowadays is that the younger musicians don’t understand that concept. It’s a crazy juxtaposition when you consider that now the Hip-Hop musicians like Diddy, Jay-Z, Kanye and T.I. are dressing like the Rat Pack, and a lot of these younger jazz musicians are dressing like the hip hop cats used to dress!

I don’t care how bad you are, you always gotta look good. Also, confidence plays an important role in overall presence. You have to look like you belong there! Cats have to understand that, at the end of the day, you’re still selling something and…the main focus after music should be on how to relate to the audience. Cats think it’s hip to be esoteric, but that only works some of the time. That’s why I always loved and appreciated Cannonball Adderley. He could educate an audience, but make it sound fun and hip!

I’m impressed by your thoughts on the BAM controversy, and agree that the term jazz has been transformed from one of dubious distinction to worldwide respect. As I read him, one of Nicholas Payton’s contentions is that jazz is assumed by many blacks to be music played and listened to mostly by whites, and that a term like BAM might open up more persons of color to checking out the music. Does this concern you too?

As for the BAM controversy, there are a lot of holes in it. I don’t fully agree that blacks look at it as music that whites check out. I think that, as black people, musically speaking everything we created was rooted in groove. Blues has a groove; Swing is a groove, and so on, up through funk and R&B. The problem is that some players, both black and white, [have] lost that groove in favor of being “artistic” or “abstract,” which I do feel appeals more to white folks than it does black folks, though there are many exceptions.

Much of this concept is, as I feel, a direct result of letting critics dictate what happens musically. Therefore, overzealous musicians looking to get ahead start to change their music to appease the writers, and then start to believe their own hype. I can’t tell you how much it pains me to hear, especially from black musicians, swinging musicians like Wynton Kelly, Duke, Miles, etc., referred to as “soulful” in a dismissive tone, as if it’s easy to achieve that feeling. As if it’s passé. The feel is the most important thing. It’s the reason why if you turn on an oldies station and they start playing Sam Cooke, everybody, black, white, yellow and brown, will start dancing! You can’t lose the groove! It’s like trying to reinvent sex! If it ain’t broke… Changing a name from Jazz to BAM won’t do anything. A rose, by any other name, will still smell as sweet. In this case, in a bid to attract more people of color to the music, it would ultimately be divisive. I mean, does this mean that Nicholas-being the creator-will get to decide who is BAM and who isn’t? To me, it seems more like a dictatorship, and while his ideal can be appreciated to a degree, I ultimately think it’s half-realized.

You’ve said that you’re “astonished at the lack of curiosity that wannabe jazz musicians have.” I’ve heard others say this too, that students today have almost no knowledge of the tradition, the history of the music. Some observers ascribe this to a “do your own thing” philosophy that’s taken root in jazz education. What’s going on?

I’m now teaching at Hartt, and I try to point students towards the masters like Kenny Dorham, Thad Jones, Fats Navarro, and others…In a bizarre way, the access to anything you’d want to hear within seconds via the Internet has proven to be overwhelming to an extent that the student may not know where to begin as far as listening is concerned, therefore making it all but impossible to focus. When I was coming up, there was no public Internet, and if there was a hard-to- find recording you wanted, you’d have to go to the music store and special order it or otherwise get the vinyl at a second hand store if you could find it. And when you did get it, you’d lay with that CD/record for months studying every part until you moved on. Back then, there were no iPods, iPads, etc. that allowed you to push “shuffle” and play your whole collection. You’d carry around multiple CD’s and change them when the record was over! Therefore, we were more patient, in theory. Nowadays, we live with a fast-food mentality in every aspect of our lives, and that is directly affecting our youth’s patience and learning.

Hartt’s jazz program is now known as the Jackie McLean Institute of Jazz Studies. Did you know Jackie?

Unfortunately, I didn’t get to spend as much time with Jackie as I wanted to, but of the encounters I had with him, he was always warm and friendly to me. I found myself wishing that I was hip enough to know that his program existed when I was deciding on colleges to attend.

You’ve now made four recordings with the same band, and you’re getting attention for maintaining a working band over a period of several years. There are so many factors- economic, creative, personal– that militate against maintaining steady personnel. Did you set out to establish THE Jeremy Pelt Quintet, or has it happened as a kind of ad hoc surprise?

I did, as I always do, set out to create a brand, a product. That product, in this moment, is the Jeremy Pelt Quintet. I suppose what’s kept it going is our collective respect for the music, our understanding of the process and willingness to sacrifice. That combined with my exhaustive hours spent trying to find work for the band as an example of how much I want to spread our message.

How did you come to hear Sammy Cahn’s “Moondrift,” and the Blossom Dearie classic “In Love Again”? What attracted you to these fairly little-known songs?

When I became aware of vocalist Lurlean Hunter, I got one her CDs that contained the song “Moondrift” and I always dug the melody [which Philadelphian Joanne Pascale sings on Soul]. I’ve had a love affair with Blossom Dearie for quite awhile, and while rummaging through the used bins at the Jazz Record Mart in Chicago, I found a record called May I Come In and happened upon “I’m in Love Again.” Hell, I almost sang it on the CD! Both melodies were very attractive, and the lyrics are very poignant.

You’ve worked with the great r&b singer Bobby Bland. How did that come about?

My friend, trombonist Robert Trowers, hooked me up. It was a great experience, though like my experience with the Skatalites, I was much too young to fully appreciate it. I wear it like a badge that I played with him, because I certainly did, but sadly at the age of 23, I didn’t realize who he was. One thing I did notice though was his charisma with the ladies, white and black, especially when he did his trademark growl! Lol…that taught me that gimmicks aren’t always bad!

Here’s Jeremy at the Jazz Showcase in Chicago playing “In Love Again.”

Organ trios and quartets were ubiquitous by the mid-1960s. In African American neighborhood bars and clubs up and down the East Coast, throughout the Rust … END_OF_DOCUMENT_TOKEN_TO_BE_REPLACED

Terence Blanchard looked around the restaurant table and launched into a gentle sermon about jazz education in Detroit that was part homily, part pep talk, … END_OF_DOCUMENT_TOKEN_TO_BE_REPLACED

Creating a program of solo piano music is the ultimate challenge for any improvising pianist. The music on my latest album, Ways of Disappearing (Sunnyside), … END_OF_DOCUMENT_TOKEN_TO_BE_REPLACED

First the good news: As you can see in our annual Festival Guide, there are plenty of jazz festivals scheduled to happen around the world … END_OF_DOCUMENT_TOKEN_TO_BE_REPLACED