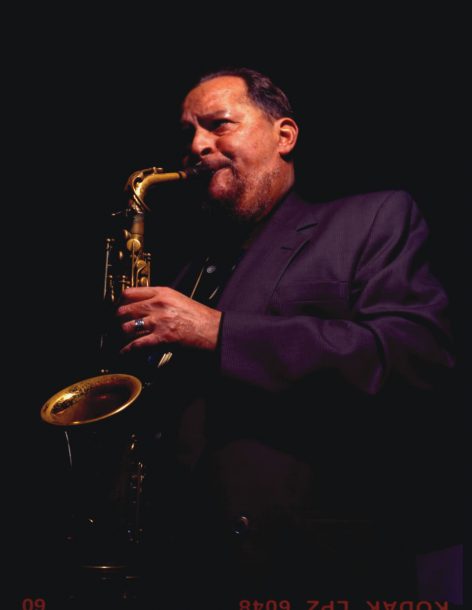 Not wishing to disparage the dead, I will not mention this famous athlete’s name. However, being a lifelong Boston Red Sox fan, I am willing to tell you that he was a New York Yankee.

It was 1965 and I was six years old. My grandfather and I had just crossed the grass in centerfield at Yankee Stadium, past the monuments to Ruth, Gehrig and Miller Huggins. (In my little kid’s mind, I was convinced those three worthies were planted there.) Back in the streets, we ambled over to the door of the Yankee clubhouse, which soon opened. I remember Elston Howard being a gentleman and signing autographs for the local kids. (I was too shy to ask.) But then here he came, the Yankee every kid idolized. A little boy, about my age, walked up to him with his autograph book. With a gentle sideswipe to the kid’s face, the Yankee swept past. I was shocked. In my world of sports biographies, these things did not happen. Athletes visited sick kids in hospitals. Athletes spent hours signing autographs. Athletes did not gently slap kids in the face.

“It’s a good lesson to learn,” my grandfather, a retired cop, said to me: “Some of the people you idolize can be real creeps.”

But not Jackie McLean and Marian McPartland.

I must first digress, though, to explain something: I am uncool in the extreme when confronted with artists I admire. I once shocked David Johansen (the erstwhile and current New York Doll and former Buster Poindexter) in the middle of Columbus Circle by telling him that his song “Frenchette” is one of the finest popular songs of the past 40 years. (Check it out: It is.) My brother Dan, however, was the first to school me in the art of Lay Back and Be Cool. It was May 1998 and we were hanging out in Griffith Park in Los Angeles. Hearing voices, I turned to see Steve Martin and another fellow, both of whom were carrying scripts, not 20 feet away. Ready to leap up and do my Excuse Me impersonation, I was thankfully stopped by Dan, who grabbed my arm, saying, “For once in your life, Mick, be cool.” So I was, spending a fascinating 10 minutes or so hearing/seeing Mr. Martin blocking out a yet-to-be-filmed scene. “We can put a microphone in those bushes,” I heard him tell his companion. The droning buzz of an airplane, though, soon caught my attention. The pilot had created a huge heart in the blue L.A. sky, and was now “drawing” the initials F.S. in the middle of the heart with exhaust.

“Look,” I said in the loud voice my wife and daughters dread to hear in public, “some dude is proposing to his girl: ‘Francine Schwartz, please marry me.'”

“Hey, idiot,” called a voice—the voice of Steve Martin. He was actually talking to me! “That’s for Frank Sinatra. His funeral is going on down the hill right now.”

So whenever I hear the cello-like tones of Mr. Sinatra, I always recall how Steve Martin called me an idiot on the day of Old Blue Eyes’ funeral.

Back to Jackie McLean. In the summer of 2000, I attended a day of the Boston Globe‘s Jazz Festival, held on a glorious summer afternoon in Copley Square. I recall hearing Slide Hampton and his band play an invigorating set. Then I looked over: Right next to me stood one of my alto idols, Mr. McLean. Forgetting my brother’s advice, I told him how much I admired his albums and his live sets I’d caught over the years. “Thanks, man,” he said. Suddenly a swarm of young men—I’d guess between the ages of 19 and 25—gathered around Jackie Mac. From the conversation, I gathered that many of them had been his students. Now I’m a teacher of 29 years standing, and I know how hard it is to recall former students’ names. Their faces, yes; their names, oftentimes no.

Jackie McLean did not share my problem. “Hey, Joey, how’s your mother been feeling?”

“That doctor you recommended really fixed her up, Mr. McLean.”

And on and on, making each young man feel special. He not only remembered his former students’ names, but their family members, too. What a superb human being was dear Jackie Mac.

In the autumn of 2005 I brought my daughters—Hannah was then nine and Sarah was six—to the Boston jazz club Scullers to hear Marian McParland and her trio. I had ordered the tickets months in advance, so we were lucky to be seated at a table close to Ms. McPartland. To say the concert was sublime would be to seriously devalue the experience. I do not exaggerate when I say, too, that Hannah and Sarah were the youngest souls in the nightclub by at least 40 years.

After each song, Ms. McPartland would turn to smile at the girls, who would shyly smile back. “She’s one of the finest jazz pianists ever,” I whispered at one point. “Duke Ellington would check her out at the Hickory House whenever he was in New York.” Naturally, because I said it, this impressed them not a whit. However, they dug the show.

When it was over, after several encores, Ms. McPartland stood up and walked over to my daughters. “Do you play an instrument?” she asked. They replied that they took piano lessons. The dear lady sat down at our table and talked to my daughters for at least 10 minutes, recalling her childhood in England and her struggles to learn the piano. For once, I kept my mouth shut, simply drinking in the experience. My daughters have never forgotten Ms. McPartland’s kindness, dignity and grace.

I’m not naïve enough to believe that every jazz artist is as kind as Marian McPartland and Jackie McLean. I would not want to have roomed with Bird, or to have played a bum note in Benny Goodman’s band. But the jazz artists I have met—Jim Hall, Benny Carter, Art Baron, Dave McKenna, Sabby Lewis, Clark Terry, Bobby Hutcherson, Ron Carter, Billy Higgins, Cedar Walton—have all been warm, friendly and kind.

And I don’t wish to give you the wrong idea: Steve Martin was grinning when he called me an idiot.

Several years ago, one of Danilo Pérez’s students was suffering from tendinitis. Pianist Pérez was then a professor at the New England Conservatory; his student, … END_OF_DOCUMENT_TOKEN_TO_BE_REPLACED

As a JazzTimes writer, I can talk about the powers of a dynamic drummer until I’m blue in the face: the weight of each tom-tom’s … END_OF_DOCUMENT_TOKEN_TO_BE_REPLACED

There are certain works of art with which I wish I could have a conversation, so that I might express my gratitude for them. I … END_OF_DOCUMENT_TOKEN_TO_BE_REPLACED