Skip to content
Become a member and get exclusive access to articles, live sessions and more!
Start Your Free Trial
Home > Features > Jazz on the Square is Hip 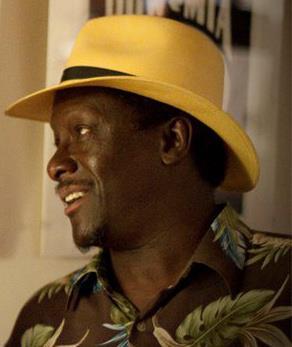 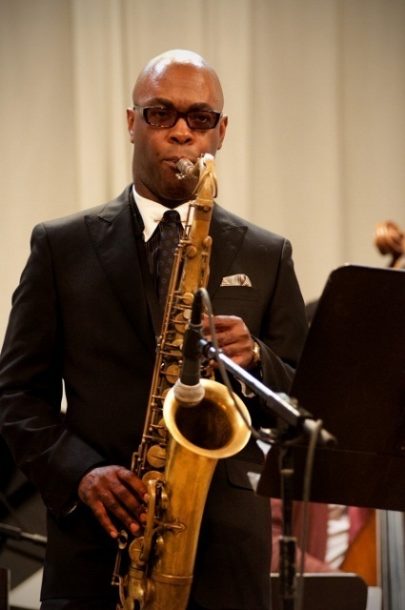 At the Ethical Society of Philadelphia, under a motto above the stage reading “The Place Where We Meet to Seek the Highest is Holy Ground,” saxophonist Tim Warfield with his signature sunglasses and a hanky in his left pocket opened up with a long cadenza, fattening up the audience for a dive into a swingin’ “Autumn Leaves” in Philly hard bop style. Later, Mulgrew Miller’s solo on that time-honored tune echoed Warfield’s previous runs, giving the impression that he had been playing with the saxophonist’s group forever. Actually Miller had been a last minute replacement.

Warfield began his introductions talking about playing with Chris Beck at Ortliebs JazzHaus (when it really was a jazz house) and Vicente Archer when both were in Nicholas Payton’s Sonic Trance group. Then he deftly segued to Mulgrew Miller by pronouncing, “I’m working my way around to royalty.”

Warfield was just 18 years old and playing with Woody Shaw’s band when he met Miller. In homage to the man sitting at the piano, and to put an exclamation point at the end of introduction, the band soared into Miller’s great tune “Second Thoughts.” Then Warfield soloed into a fabulous 5/4 arrangement of the standard “I Remember You,” threw in a few “Giant Steps” progressions, and swung so hard that I had to think – this guy’s from York, PA. How does he know Philly so well?

By now you’ve probably forgotten my declaration of flumping into history, but the person who brought this and many concerts together is Leo R. Gadson, a guy who grew up in the thick of Philly jazz history with Bobby Timmons and Reggie Workman and who went to school with the late pianist Sid Simmons.

Starting out in 1975, this Vietnam veteran and former trombonist produced many shows at the Ethical Society of Philadelphia on Rittenhouse Square and at other venues back in the day where fans could catch historic jazz concerts that still live on in the memories of jazz heads in this town: Trey’s Lounge on Queens Lane in Germantown, St. Mary’s Church on the University of Penn campus, the Lee Cultural Center at 44th and Haverford, and Tobin’s Inn at Limekiln Pike and Haines Street. With WRTI jazz radio, or “The Point” as most people called it back then, promoting concerts like crazy, the station pulled the community together by filling the airwaves with freewheeling jazz joyfully programed by students (with just a hint of marijuana in the studio) – and another great city vibe was born after the fading of the jazz scene in the 1960s.

It was a heady time in Philly then, and Gadson was a fixture in the musical landscape until family responsibilities and a short stint in Denver in 1980 took him off the scene for three decades. But in 2010, Gadson jump-started his producing career, forming the Producer’s Guild and is back at the Ethical Society once again, curating a series that’s one of the very best in the city.

His last concert before everyone heads down the shore for the summer is on June 16th at the Ethical Society and features the Ralph Peterson Fo’tet with special guest vocalist Ruth Naomi Floyd. And stay tuned up for his upcoming concerts in September to celebrate John Coltrane’s birthday with Sonny Fortune and Bobby Zankel – I’ll be back to you on this.

Inspired by witnessing the layering of the old and the new that night, I wondered aloud to Gadson about why he went back to the future promoting jazz again. He said nothing would distract him from his mission this time; producing would be a full time job from now on, emphasizing “You got to love what you do. And I love what I do.”

A few last things about Tim Warfield – it was a concert I’ll never forget. His playing was formidable, seemingly to combine all the best of Sonny Rollins with a few Bird licks thrown in for good measure. There were many true John Dewey moments as in the famous philosopher’s treatise Art as Experience in that in watching Warfield play, a listener could see Warfield’s process of getting to a particular moment tucked within the moment itself. Beautiful and brave – his story sparkling. Closing his first show, Warfield laughed as though he knew how I felt and said, “I love playing Philly, where people know what jazz is.” Yes we do.

Organ trios and quartets were ubiquitous by the mid-1960s. In African American neighborhood bars and clubs up and down the East Coast, throughout the Rust … END_OF_DOCUMENT_TOKEN_TO_BE_REPLACED

Terence Blanchard looked around the restaurant table and launched into a gentle sermon about jazz education in Detroit that was part homily, part pep talk, … END_OF_DOCUMENT_TOKEN_TO_BE_REPLACED

Creating a program of solo piano music is the ultimate challenge for any improvising pianist. The music on my latest album, Ways of Disappearing (Sunnyside), … END_OF_DOCUMENT_TOKEN_TO_BE_REPLACED

First the good news: As you can see in our annual Festival Guide, there are plenty of jazz festivals scheduled to happen around the world … END_OF_DOCUMENT_TOKEN_TO_BE_REPLACED