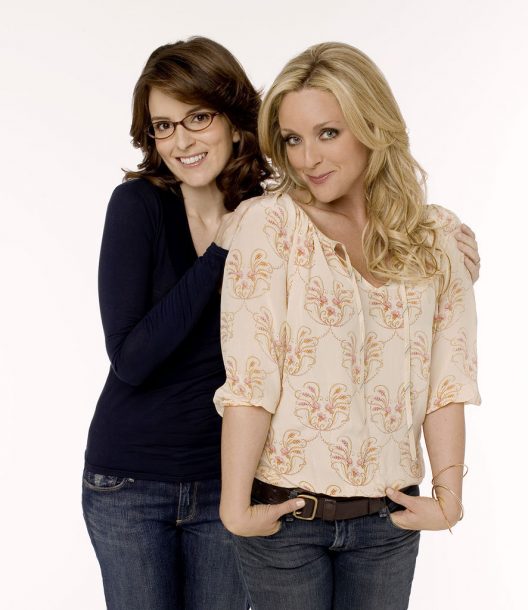 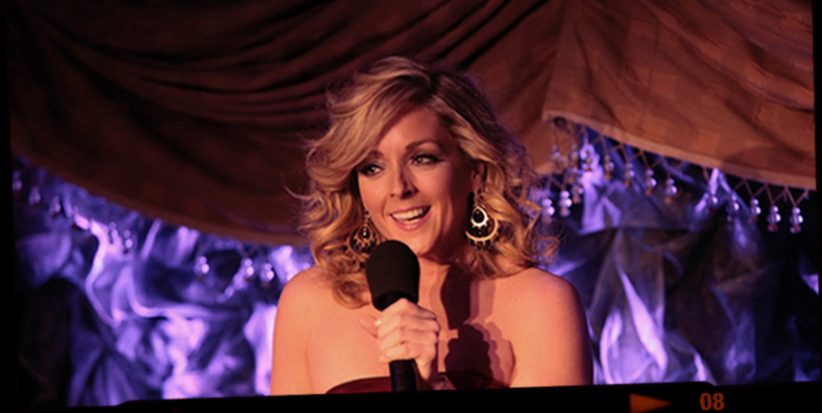 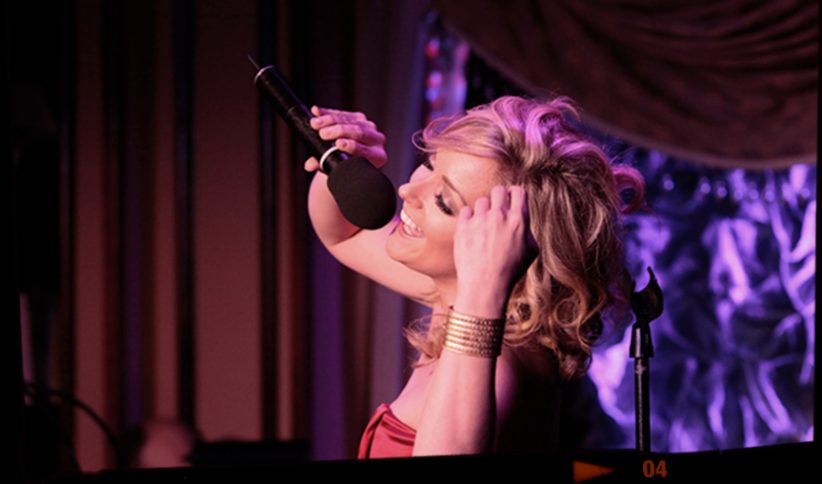 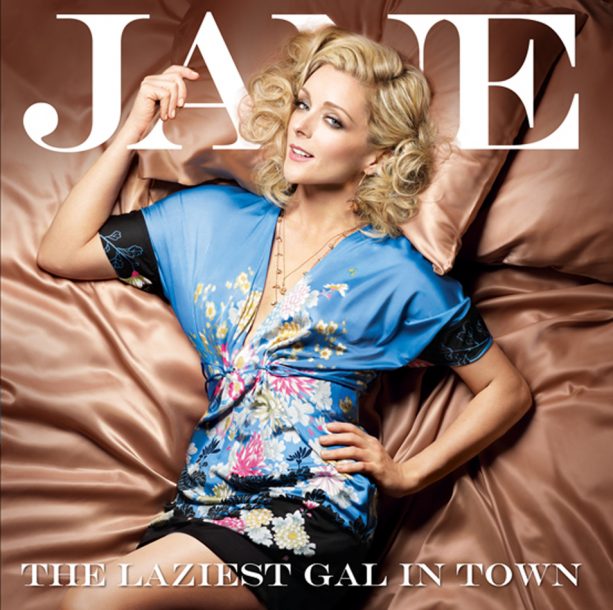 If cabaret is a dying art form, Jane Krakowski might be just what the doctor ordered. Yes, the plucky blonde who was, once upon a time, the best thing about Ally McBeal and currently reigns as the best thing about 30 Rock is a brilliant comic actress (who, strangely, remains Emmy-less). But, as the occasional 30 Rock snippet reveals, she is also a damn fine singer with a Tony (for her show-stopping performance as Carla in the 2003 revival of Nine) to prove it (clearly the folks who distribute theatre awards are a whole lot savvier than those who hand out TV prizes). Krakowski has also headlined productions, here and abroad, of Guys and Dolls, Grand Hotel, Company and Damn Yankees. She is, in other words, a Broadway baby through and through.

When, last autumn, Krakowski decided to add nightclub appearances to her burgeoning resumé, she could easily have opted to present a straightforward evening of show tunes at, say, the Algonquin’s Oak Room, where the likes of Harry Connick Jr., Diana Krall, Andrea Marcovicci and Michael Feinstein first clicked with Manhattan sophisticates. Instead, Krakowski chose to dive headlong into the classic cabaret pool, and selected Feinstein’s new home – his plush, eponymous boîte at the Regency – to get into the floorshow swim.

As proven by artists as diverse as Julie Wilson and Baby Jane Dexter, being a terrific singer isn’t fodder enough to become a great cabaret performer. You must also be a top-drawer storyteller with quick comic wits. That Krakowski is tailor-fit came as no surprise to the cognoscenti who flocked to Feinstein’s every evening of her too-brief run. Night after night the SRO sign was posted, and dozens of eager fans were turned away at the door. Admittedly, many were there to see Jenna Maroney in the flesh, hoping to witness the character’s dimwitted logic and ingenuous narcissism first-hand. Instead, they were treated to the genuine Krakowski – smart, sexy, charmingly funny and sophisticated in the same chummily intimate way that kept Wilson atop the cabaret roster for more than a half-century.

Fortunately, DRG Records has preserved the live show on CD. Ironically entitled The Laziest Gal In Town, given Krakowski’s tireless energy, it is her debut solo recording. Wisely, throughout much of the 55-minute set, Krakowski draws on such legendary practitioners in the art of audience pleasing as Marlene Dietrich, Carol Channing, Eartha Kitt and Ann-Margret while, with considerable assistance from arranger and music director Michael Kosarin, making each slinky number uniquely her own. Krakowski opens with the title track, taking the smolder of Dietrich’s famously indolent interpretation and turning the heat up several notches. Her “A Little Brains, A Little Talent” mirrors Gwen Verdon’s stage and screen versions, though Krakowski rather effortlessly trumps even the sultry Gwen in the art of devilish seduction. Kitt is twice saluted, first with the playfully suggestive “An Englishman Needs Time” and again with the delectable homage to golddiggery “An Old-Fashioned Girl,” cleverly entwined with Jerome Kern and Johnny Mercer’s “I’m Old Fashioned.”

No true cabaret artist arrives onstage without a pocketful of double entendres, and Krakowski comes fully loaded, harkening back to the glory days of Ethel Waters and Alberta Hunter with Eubie Blake and Andy Razaf’s naughty, bawdy “My Handy Man,” then shimmering through Ann-Margret’s bizarre, post-apocalyptic sex fantasy “Thirteen Men.” And in what may be cabaret’s first commemoration of recreational drugs, she pays double (though unacknowledged) tribute to Ella Fitzgerald by combining the early Ella hits “When I Get Low, I Get High” and “Wacky Dust.”

Cunning as all eleven numbers are, two rise above the others. Krakowski’s “Diamonds Are A Girl’s Best Friend,” sung relatively straight against a delightfully incongruous gangsta backing, is augmented with a rap bridge complete with shout-outs to Gwen Stefani, Giorgio Armani and 30 Rock. Even craftier is a modernization of Rodgers and Hart’s “Zip,” the pair’s brilliant examination of ecdysiast intellect from Pal Joey. With lyrical help from Hairspray co-composers Marc Shaiman and Scott Wittman, she shifts the proceedings from burlesque parlor to the high-tech arena, substituting “tweet” for “zip” as she navigates the pop culture landscape to praise or skewer such topical boldfaces as Madonna, Kanye West, Beyoncé, Brangelina, Tom Cruise and Katie Holmes, Jon and Kate Gosselin and President Obama.

Oddly but effectively, Krakowski finishes with a nod to an enduring icon, dipping into the Sesame Street songbook for a rendition of “Rubber Duckie” that is equal parts Marilyn Monroe and Helen Kane.

Alternatively campy, giggly, raucous and mischievous, her invariably lively act is a welcome addition to cabaret’s rich, if fading, legacy. Bravo to Krakowski for not only helping to keep the tradition alive, but for doing so with such pluck and sincerity. Somewhere, surely, Eartha Kitt is purring in appreciation.

If you’d like to share your comments about Jane Krakowski or have suggestions for future installments of Hearing Voices, please direct your email to [email protected]

Organ trios and quartets were ubiquitous by the mid-1960s. In African American neighborhood bars and clubs up and down the East Coast, throughout the Rust … END_OF_DOCUMENT_TOKEN_TO_BE_REPLACED

Terence Blanchard looked around the restaurant table and launched into a gentle sermon about jazz education in Detroit that was part homily, part pep talk, … END_OF_DOCUMENT_TOKEN_TO_BE_REPLACED

Creating a program of solo piano music is the ultimate challenge for any improvising pianist. The music on my latest album, Ways of Disappearing (Sunnyside), … END_OF_DOCUMENT_TOKEN_TO_BE_REPLACED

First the good news: As you can see in our annual Festival Guide, there are plenty of jazz festivals scheduled to happen around the world … END_OF_DOCUMENT_TOKEN_TO_BE_REPLACED