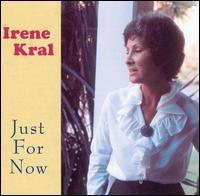 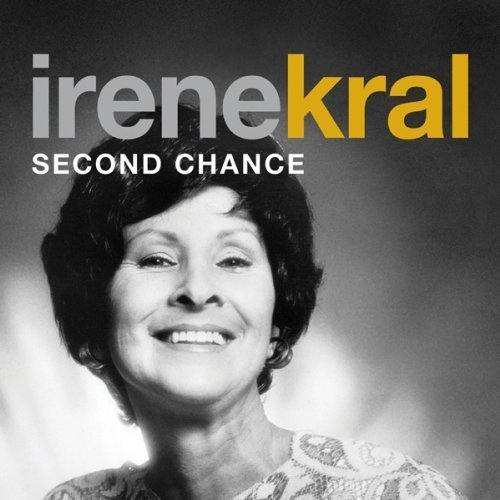 It’s sadly disappointing that the boplicious husband-and-wife team of Jackie Cain and Roy Kral are often subjugated to little more than footnote status when discussion turns to the great jazz singers of the Twentieth Century’s latter half. Far sadder is how Irene Kral is regularly reduced to a footnote’s footnote, credited as Roy’s kid sister who also sang. Truth is, Irene was not only as superb a stylist as both her brother and sister-in-law, but deserves to be counted alongside Anita O’Day, June Christy and Chris Connor as one of the era’s great “cool school” vocalists. Kral’s comparative anonymity stems from the brevity of her career – begun in the early ’50s and ended two-and-a-half decades later with her premature death, from cancer, at age 46 – coupled with the fact that her entire output totaled a mere seven albums (almost all for minor labels) during her lifetime, not to mention her predilection for the work of such sublime, if less mainstream, songwriters as Tommy Wolf, Fran Landesman and Bob Dorough. Indeed, Kral’s two brief moment of wider recognition came in 1961 when she became the first to record “Better Than Anything” (from her album of the same name) and posthumously in 1995 when Clint Eastwood featured her on the soundtrack of his The Bridges of Madison County.

Remarkably, almost the entire Kral catalog has been made available on CD in recent years, though some have drifted out of print, most notably 1977’s Kral Space, which now fetches collector’s prices in the triple-digits. Even rarer is Steveireno, her 1959 collection of Steve Allen compositions, which has never officially been re-released. All of Kral’s recordings are worth seeking out, but at least three – Better Than Anything, with the Junior Mance Trio, The Band And I from 1958, with the Herb Pomeroy Orchestra, and 1974’s Where Is Love?, featuring Kral alone with pianist Alan Broadbent – are essential to any vocal jazz collection. Additionally, Kral can also be heard, in her recording debut, on four of the tracks from Maynard Ferguson’s 1957 delight Boy With Lots of Brass and adding vocal accompaniment to “Winter Moon” and “Old Guitaron” on Laurindo Almeida’s Guitar from Ipanema from 1964. (Both the Ferguson and Almeida albums have been reissued on CD, but are currently out of print. Second-hand copies of Boy With Lots of Brass are, however, not terribly difficult to find).

In 2004, Jazzed Media gained permission from Kral’s estate to issue previously unreleased live recordings culled from a two-night appearance at San Diego’s Catamaran Hotel in 1975. Released under the title Just for Now, it is a dazzling Kral showcase, with 13 tracks that extend from Dave Frishberg’s “Wheelers and Dealers” and Blossom Dearie’s “I Like You, You’re Nice” to such classics as “Rock Me to Sleep” and “I Fall In Love Too Easily.” Now, Jazzed Media has unearthed another Kral treasure. Captured just three moths after the Catamaran date, Second Chance finds Kral, despite her rapidly deteriorating health, in equally brilliant form, this time at the Times restaurant in Studio City. Like the Just For Now sessions, the Times recording was initiated by L.A. disc jockey Dennis Smith, with whom Kral was then living, and engineered by Rod Nicas. Broadbent is at the piano, assisted by bassist Peter Marshall and drummer Frank Severino. The 14-track playlist is entirely different from Just for Now, reflecting the breadth of Kral’s musical tastes. She opens with a shimmering rendition of Jerry Brainin and Buddy Bernier’s seductive “The Night Has a Thousand Eyes” (not to be confused with the Bobby Vee pop ditty from the early ’60s). She then wades into the bittersweet regret of the title tune, an unfairly obscure ballad by André and Dory Previn. Other rarely recorded gems include Wolf and Landsman’s bouncy “It Isn’t So Good It Couldn’t Get Better,” Landesman and Dorough’s quirky ode to discontent, “Unlit Room,” and Sergio Manhanovich’s gorgeously wistful “Sometime Ago.”

Though Doctor Doolittle proved a bloated white elephant, the 1967 film’s songs have remained remarkably popular with a wide cross-section of vocalists. Both Bobby Darin and Sammy Davis Jr. devoted entire albums to Leslie Bricusse’s tunes, and dozens of others, ranging from Lainie Kazan to Diana Krall, have covered individual selections. Kral shapes a lovely medley of Doolittle‘s best songs, “Something In Your Smile” and “When I Look In Your Eyes.” A second medley skillfully combines Johnny Mandel’s “A Time for Love” with Jule Styne and Stephen Sondheim’s “Small World,” from Gypsy. The remainder of this splendid 54-minute set is divided between newer material – Tim Hardin’s “Misty Roses,” Leon Russell’s “This Masquerade” – and sturdy standards, including “Oh You Crazy Moon,” “Never Let Me Go,” “Star Eyes,” “Nobody Else But Me” and, highest of the evening’s many highlights, a softly swinging treatment of “Something to Remember You By.”

If you’d like to share your comments about Irene Kral, or have suggestions for future installments of Hearing Voices, please direct your email to [email protected]

Organ trios and quartets were ubiquitous by the mid-1960s. In African American neighborhood bars and clubs up and down the East Coast, throughout the Rust … END_OF_DOCUMENT_TOKEN_TO_BE_REPLACED

Terence Blanchard looked around the restaurant table and launched into a gentle sermon about jazz education in Detroit that was part homily, part pep talk, … END_OF_DOCUMENT_TOKEN_TO_BE_REPLACED

Creating a program of solo piano music is the ultimate challenge for any improvising pianist. The music on my latest album, Ways of Disappearing (Sunnyside), … END_OF_DOCUMENT_TOKEN_TO_BE_REPLACED

First the good news: As you can see in our annual Festival Guide, there are plenty of jazz festivals scheduled to happen around the world … END_OF_DOCUMENT_TOKEN_TO_BE_REPLACED