Skip to content
Become a member and get exclusive access to articles, live sessions and more!
Start Your Free Trial
Home > Features > Inside Out, Part One 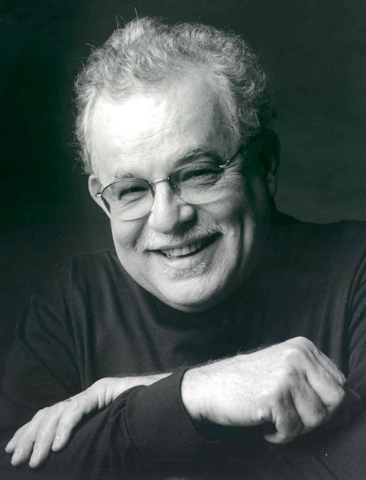 Do you really know tunes as if you owned them, do you really know all of your scales and intervals, do you really know harmony, rhythm and melody? If not, then you haven’t correctly used the process of internalization. This is something that we have used every day since we were born. We could not walk, eat or do any of the thousands of physical and mental functions that we need to survive. It is said that the best lessons are learned the hard way. This means it is the internal process of learning that is most significant. This is what “sticks.” It is always an amazing event to me to witness students expecting to be able to play an instrument, read music, and improvise even basic musical structures. To hear all of the parts in a group being played, know where all of the harmonies are going and generally navigate in deep musical waters yet have not fully internalized all of the skills and techniques necessary to play well. It seems that the basic requirements of learning to play are applied late and, often, too little. Players often are unprepared to take their abilities to a creative level, as they haven’t internalized the techniques of their chosen instruments or those of the music. Learning technique is more than just playing exercises out of a book.

The “process”, as we shall term it from here on, is often feared and even avoided. True musical instrument technique is the result of gradually processing all aspects of study. In learning the twelve basic scales, students are often unable to get through all of the keys. One way that helps is to break down each component section and drill until accomplished. For instance, simply practice only half of the scale and work through the octave as evenly as possible. The same applies to any troubling passage. Breaking the phrase into its components and drilling is the first step at internalization. This process continues until all aspects of playing an instrument have been explored and learned. The same principle needs to be applied when learning to improvise. There are so many micro-events that occur that, unless thoroughly drilled and absorbed, it is impossible to stay focused on the creative aspects of music making. Instrumental technique needs to be entirely instinctual. The most basic step in learning to improvise is internalizing melodies and song forms. This is important because “the song is the thing!” When improvising, everything evolves from the song. A great melody cannot be improved upon. Lee Konitz advocates a method known as “Ten Steps to and Act of Pure Inspiration.” This is where a song is played very slowly and deliberately ([email protected]) for ten choruses and each succeeding chorus is a variation on the melody. It is an exercise in restraint, an investment in the song. This is the best way to learn any song, even a bebop line. It will become immediately apparent what part of a song has not been internalized. The original Downbeat article and description of this method can be found on my web site.

Harmony must also be put through the process. There must be a comprehensive knowledge of chords. Their needs to be the ability to hear and instantly identify the quality of a chord are it major or minor, extensions and so forth. The player needs to be aware of what part of a chord the notes they choose fits in terms of extensions. In the heat of the music, there is not time to think about these things. It all happens spontaneously and in a flash. Harmony, like the other aspects of music making, must be studied. Many believe that they cannot improvise unless a thorough knowledge of chord structures is obtained first. The Lee Konitz method effectively counters this concept because it espouses a linear approach to solos. While it is important to get harmonic information, it is only used as a guidepost to melodic and lyrical soloing. It becomes a map, directing the line. Harmony is also important in conveying the emotional mood of a composition. It is well known that a major chord is “brighter” or “happier.” A minor chord is “darker” or “sadder.” Half diminished and diminished chords add their own particular kind of poignant drama. The extensions of chords are based on “the chord of nature.” There is a valid reason for the existence of extended sounds. They are the outer partials of the fundamental. Anyone that has practiced overtones on their instrument understands this concept. In doing them, one discovers that the 11th is naturally raised. There is no way to force a regular 11th or fourth against a chord containing a major third. Omit the third and you have a sus. Chord. The George Russell Lydian concept is based on this principle. It claims that the Lydian scale (raised fourth) is the true major scale. Players like Dizzy Gillespie, Joe Henderson, Sonny Rollins and John Coltrane typically play extensions that go beyond the thirteenth. This becomes microtonal harmony. All of this stems from a thoroughly internalized understanding of the function of harmony.

The most important aspect of music to be internalized is rhythm. This is far less clear than the learning of instrumental technique, melody and song forms or harmony. Some people are described as having a “natural sense of rhythm.” Others have to work at it. The truth is we all have rhythm in our walk, our breathing, our pulse, the days, weeks, years and seasons of our lives. Our speech has rhythm that is, along with the tone of our voice, the most analogous element to the way we individually play our music. Music has often been compared to the telling of stories, to vocabulary, to “speech like patterns.” All of this is derived from rhythm. In jazz, we deal with a few basic time signatures. Within that limited framework, there is much depth and invention. The rhythmic structures that comprise the basis of the music are improvised and developed with melody and harmony. Polyrhythms are often imposed on the basic rhythm, which is a form of counterpoint. The basic pulse is shared by all of the players. Drummers are not the only ones dealing with the rhythmic complexities of the music. All players in a group must have a sophisticated sense of rhythm in order to function. A perfect example is the way Sonny Rollins has always played and composed. He has such a strong sense of internal rhythm that his intentions are always clear. This is what gives the music form for rhythm = form. Dizzy Gillespie stated the rhythm is number one. It is the defining element of any type of music. It is the internalization of rhythm that is most influential in delivering a powerful jazz performance.

Organ trios and quartets were ubiquitous by the mid-1960s. In African American neighborhood bars and clubs up and down the East Coast, throughout the Rust … END_OF_DOCUMENT_TOKEN_TO_BE_REPLACED

Terence Blanchard looked around the restaurant table and launched into a gentle sermon about jazz education in Detroit that was part homily, part pep talk, … END_OF_DOCUMENT_TOKEN_TO_BE_REPLACED

Creating a program of solo piano music is the ultimate challenge for any improvising pianist. The music on my latest album, Ways of Disappearing (Sunnyside), … END_OF_DOCUMENT_TOKEN_TO_BE_REPLACED

First the good news: As you can see in our annual Festival Guide, there are plenty of jazz festivals scheduled to happen around the world … END_OF_DOCUMENT_TOKEN_TO_BE_REPLACED