Skip to content
Become a member and get exclusive access to articles, live sessions and more!
Start Your Free Trial
Home > Features > Horne of Plenty 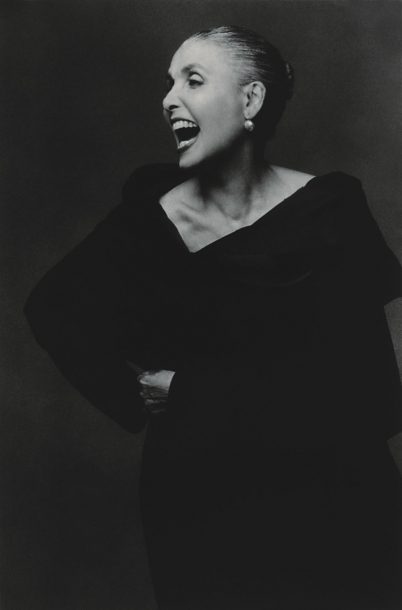 If Stormy Weather, James Gavin’s finely crafted biography of Lena Horne, doesn’t already hold a place of honor in your jazz library, now’s your chance to fill the gap with the paperback edition, published this month by Atria Books.

It may seem difficult to detect much similarity between Lena Horne and Gavin’s previous biographical subject, Chet Baker. Yes, both were startlingly beautiful (a claim Horne, unlike the ravaged Baker, could maintain until the onset, some years ago, of her fully-shuttered reclusion). More important, as Gavin so eloquently and candidly reveals, Horne was as much a tortured soul, as much a victim of self-condemnation and, ultimately, as much a disappointment to the immensity of her talent, as was Baker. Horne’s path from Greenwich Village’s Café Society to Hollywood at the height of MGM’s dream factory mystique, the world’s chicest night spots and, belatedly, Broadway superstardom, plus her late-to-the-movement yet fervent commitment to civil rights, paved the way for dozens of black entertainers. But Horne’s disgruntlement with so much of it – particularly what she justifiably perceived as MGM’s unwillingness to accept her as anything more than just a warbling objet d’art (one that could be easily excised when the films screened below the Mason-Dixon Line), and the well-heeled whiteness of the audiences that filled her club dates – boiled into lifelong bitterness and distrust. She was an absentee mother, a fickle friend (except to the one true love of her life, Billy Strayhorn, whom she openly admitted would have made the ideal spouse, if it weren’t for his sexual orientation), an apathetic lover and wife, and a fierce holder of grudges. Perhaps most startlingly, she was a richly gifted singer who considered her voice pedestrian (at least until her transition from cocktail party tunes to grittier fare in the late ’60s). Horne devotees will surely expect a glittering homage to their high priestess of icy sophistication. Instead, Gavin has the guts to reveal the scars and blemishes that Horne, like Dorian Gray, hoped would remain forever hidden behind a beautifully fabricated façade.

Concurrent with the paperback edition of Stormy Weather comes the releases of a new collection of early-career Horne recordings. Lena Horne Sings: The M-G-M Singles marks the first time that all 16 of Horne’s M-G-M sides from 1946-48 have been assembled on a single disc. There is a single track from 1946, featuring the 29-year-old Horne’s slinky interpretation of “Can’t Help Lovin’ Dat Man” from the studio’s Jerome Kern showcase Till the Clouds Roll By. Bookending the set are two tracks from 1948, “Where or When” and “The Lady Is A Tramp,” performed by Horne in Words and Music, another of M-G-M’s all-star, highly fictionalized biopics, this time saluting Richard Rodgers and Lorenz Hart.

The remaining 13 selections are culled from two separate sessions, held in October and December 1947 (with M-G-M, like every other record label, scrambling to complete recordings before a strike by the American Federation of Musicians ignited a recording ban on January 1, 1948), divided by a significant event in Horne’s life. In late October ’47, Horne set sail for her first European singing tour. Accompanying her was M-G-M music director Lennie Hayton. The pair planned to wed, but interracial marriages were then illegal in California so they opted to postpone the nuptials until they reached the continent (where the publicity glare would also be substantially dimmer). Also on board was pianist and bandleader Luther Henderson, who would serve as Hayton’s best man. Across the two recording sessions, Hayton and Henderson shared conducting duties, and Henderson also played on the majority of the tracks.

Still a relative newcomer to Hollywood, Horne sounds shy and somewhat tentative, lending a surprisingly girlish lilt to such Tin Pan Alley gems as “The Man I Love,” “Sometimes I’m Happy,” “I’ve Got the World on a String” and “A Foggy Day.” Early inklings of her lifelong admiration for Duke Ellington are clearly evident, with no fewer than four Ellington-related tunes spanning the two sessions, including “Take Love Easy,” “Something to Live For” (with lyrics by her beloved Strayhorn) plus the rarely recorded “He Makes Me Believe He’s Mine” and “Pass Me By” (written by Mercer Ellington with Hillis Walters). Most intriguing is a noirish number called “It’s Mad, Mad, Mad!” (not to be confused with the frantic “It’s a Mad, Mad, Mad, Mad World,” written by Mack David and Ernest Gold for the 1963 film of the same name, and popularized by Horne). Shades of the chilled hauteur that would later become integral to Horne’s mystique are evident as she hugs the tricky curves of the fog-bound Artie Shaw composition.

<Lena Horne Sings: The M-G-M Singles is the latest addition to Verve’s Hip-O Select collection of rare and historic recordings. Complete details, including ordering information, are available at that label’s web site.

And if you happen to be in the DC area on Wednesday, May 5, you can share in a special celebration of Lena Horne at Blues Alley (202-337-4141), hosted by James Gavin and featuring performances by two of America’s premiere jazz vocalists, Boston’s first lady of song Rebecca Parris and one of the Bay Area’s finest, Paula West. Grammy-nominated pianist and music director George Mesterhazy has crafted superb new arrangements of such Horne signature tunes as “Honeysuckle Rose,” “As Long As I Live,” “Yesterday When I Was Young” and, of course, “Stormy Weather.” The first set begins at 8pm; with a second set at 10pm. Cover charge is $35.

If you’d like to share your comments about Lena Horne or have ideas for future installments of Hearing Voices, you can reach me at [email protected]

In spring 1963, when Coleman Hawkins was 58 and making some of the most astonishing music of his career, he gave a short but revealing … END_OF_DOCUMENT_TOKEN_TO_BE_REPLACED

Forgive me if I’ve mentioned this before (perhaps repeatedly), but I’ve been playing guitar now for more than 40 years. So when the time comes … END_OF_DOCUMENT_TOKEN_TO_BE_REPLACED

Organ trios and quartets were ubiquitous by the mid-1960s. In African American neighborhood bars and clubs up and down the East Coast, throughout the Rust … END_OF_DOCUMENT_TOKEN_TO_BE_REPLACED

Terence Blanchard looked around the restaurant table and launched into a gentle sermon about jazz education in Detroit that was part homily, part pep talk, … END_OF_DOCUMENT_TOKEN_TO_BE_REPLACED