Skip to content
Become a member and get exclusive access to articles, live sessions and more!
Start Your Free Trial
Home > Features > Herb Alpert & Lani Hall: Together Again for the First Time 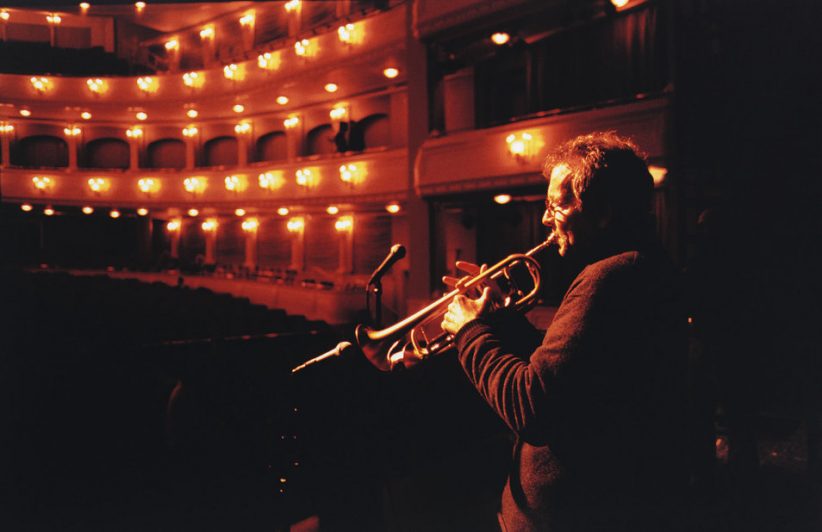 Herb Alpert at the Bass Performance Hall in Fort Worth, Texas 2000 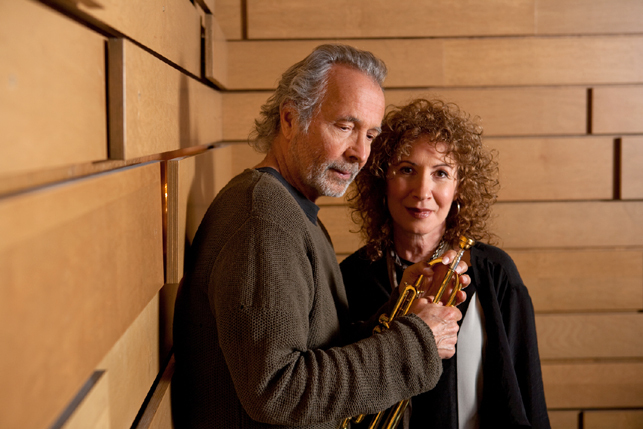 Among the great music industry overachievers, there was Johnny Mercer and there is Herb Alpert. Like Mercer, Alpert has succeeded as performer, indie label entrepreneur and songwriter. In the 1960s, only The Beatles and Elvis earned greater album sales than Alpert’s Tijuana Brass. The talent roster at his A&M Records (co-founded with Jerry Moss in 1962) extended from the TJB, Sergio Mendes & Brasil ’66, Cat Stevens and The Carpenters to Liza Minnelli, Janet Jackson and The Police. As a songwriter, his early pop hits include Sam Cooke’s “Wonderful World,” Jan and Dean’s “Baby Talk,” the novelty smash “Alley-Oop” and the TJB’s debut success “The Lonely Bull.” Alpert, widely acknowledged as one of the foremost trumpeters of his era, also scored as a vocalist, bumping Simon & Garfunkel’s “Mrs. Robinson” out of the number one spot with his hazy rendition of Burt Bacharach and Hal David’s “This Guy’s In Love With You” in the summer of 1968. But Alpert’s skills extend well beyond Mercer’s. He is also a gifted arranger, producer, painter and sculptor, and, via his Herb Alpert Foundation, he ranks among the most generous philanthropists in the history of American show business.

Alpert, a native Californian, first met Chicago-born vocalist Lani Hall in 1966 when he signed Sergio Mendes & Brasil ’66 to A&M. The year prior, Hall had replaced Wanda de Sah as the group’s lead singer. During her five-year tenure with Mendes, Hall helped shape such landmark hits as “Mas Que Nada,” “The Fool on the Hill” and “Day Tripper.” In 1972, she embarked on a solo career, delivering 14 albums in English, Spanish and Portuguese, including 1985’s Es Facil Amar which earned her a Grammy for Best Latin Pop Performance. In 2008, Hall briefly reunited with Mendes, performing “Dreamer” on his album Encanto. Like her husband, she is an accomplished producer.

A jazz musician’s legacy can be a multifarious slope. Sometimes it’s defined by contrasting stylistic paths that amalgamate into a career, as with Miles Davis. … END_OF_DOCUMENT_TOKEN_TO_BE_REPLACED

I reached across the northern border to Toronto, Ontario, Canada, for my latest subject of the “In Service of Jazz” series of interviews: Sybil Walker, … END_OF_DOCUMENT_TOKEN_TO_BE_REPLACED

When jazz guitarists step out on their own, leaving the security of accompanists behind, they face special challenges. Yes, they can handle chords and melody … END_OF_DOCUMENT_TOKEN_TO_BE_REPLACED

Those only familiar with Diego Barber’s Sunnyside Records output might be taken aback by his latest release on the label, Drago. Its largely electronic sounds … END_OF_DOCUMENT_TOKEN_TO_BE_REPLACED