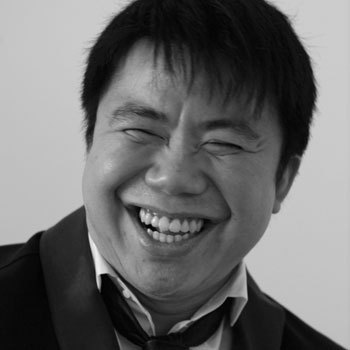 Discovering the unexpected is always one of the sweet benefits of a jazz festival. But surely no one at this year’s Cape Town fest, where the emphasis is split between African artists and American headliners, expected that one of the highlights would be a cyclonic Singaporean vocalist named Hanjin.

A delightfully animated guy, with charm and personality to burn, the baby-faced 35-year-old has been around the music business all his adult life, carving out a major Hong Kong career as a songwriter (with more than 400 Cantopop songs – a blend of Chinese music and western pop – to his credit), producer, arranger and mixer. Only recently did he add jazz singer to his long list of talents.

With no vocal experience, Hanjin (whose full name is Tan Hanjin, he drops the “Tan” for stage performances and recordings) first tested his singing skills a few years ago when he was invited on stage by his pal, pianist Jason Cheng, to perform a couple of standards. “That gave me the balls to attempt jazz,” he says, “and that was the first time the concept of [doing a] jazz album crossed my mind. Jazz in China is linked with luxury. It’s high class, but actually finding the music is tough.”

To fill the gap, Hanjin recorded Raw Jazz in 2009, an all-standards set, each of the 11 selections recorded in one take, featuring Cheng plus bassist Paul Candelaria and guitarist Skip Moy. Hanjin’s joyfully, loose-limbed style and honey-and-whiskey voice – a potent blend of Chet Baker, Al Jarreau and Sammy Davis Jr. – are ideally suited to his rollicking arrangements of swingers like “Sweet Lorraine,” “Cheek to Cheek,” “Honeysuckle Rose,” and “That Old Black Magic.” But his handling of ballads, including velvety treatments of “Skylark” and “The Nearness of You,” is equally adept. Impressively, he also handles the tricky curves of Jobim’s “Wave,” Corea’s “Spain” and “Moody’s Mood for Love” with fearless aplomb.

The CD’s title is, he says, “translated from the idea that this is jazz in its most primal form.” Much of that primal energy also translates to his stage shows, where the human firecracker bounces and struts with Jagger-like glee.

Even with his high profile within the Hong Kong music world, marketing Raw Jazz has been an uphill challenge. Young fans, who know him for his pop and rap work, aren’t the audience for such bespoke material, and exposure to older jazz fans has been tough to navigate. Broader awareness, thanks to international opportunities like the Cape Town date (where Hanjin easily won a couple thousand new, jazz-savvy devotees) will help, and he’s hoping to soon start work on a sophomore jazz album. In time, he could, and deserves to, be the Eastern answer to British dynamo Jamie Cullum.

A downloadable version of Raw Jazz is currently available from iTunes and Amazon, or you can visit Hanjin’s website. Also check out this clip from YouTube, where you can see his dandy performance of “Wave” on a Honk Kong music show:

If you’d like to share your comments about Tan Hanjin, or have suggestions for future installments of Hearing Voices, please email [email protected]

Organ trios and quartets were ubiquitous by the mid-1960s. In African American neighborhood bars and clubs up and down the East Coast, throughout the Rust … END_OF_DOCUMENT_TOKEN_TO_BE_REPLACED

Terence Blanchard looked around the restaurant table and launched into a gentle sermon about jazz education in Detroit that was part homily, part pep talk, … END_OF_DOCUMENT_TOKEN_TO_BE_REPLACED

Creating a program of solo piano music is the ultimate challenge for any improvising pianist. The music on my latest album, Ways of Disappearing (Sunnyside), … END_OF_DOCUMENT_TOKEN_TO_BE_REPLACED

First the good news: As you can see in our annual Festival Guide, there are plenty of jazz festivals scheduled to happen around the world … END_OF_DOCUMENT_TOKEN_TO_BE_REPLACED